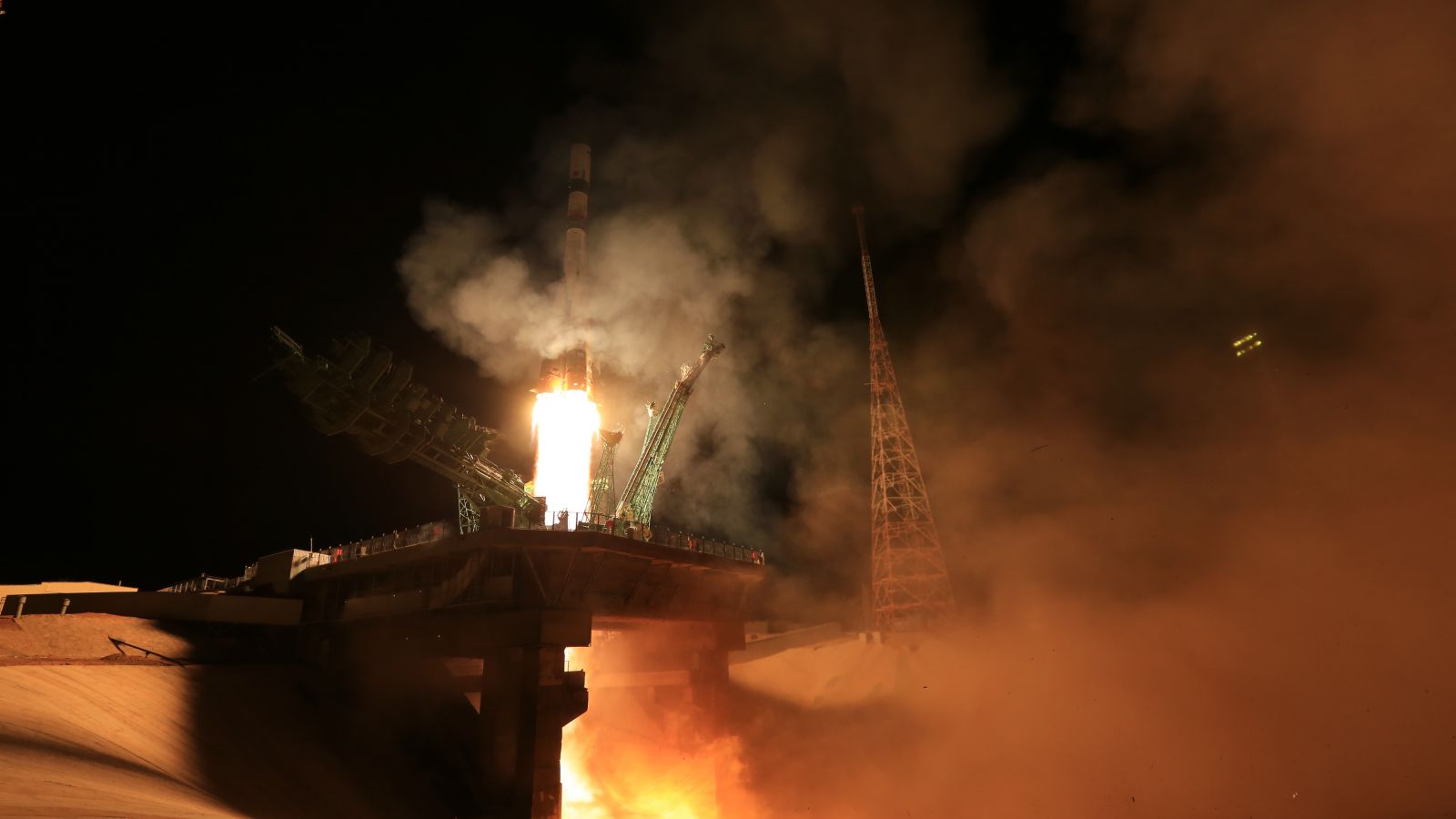 Progress MS-18 is launched atop a Soyuz 2.1a rocket from Baikonur Cosmodrome in Kazakhstan. Credit: Roscosmos

Russia’s unpiloted Progress MS-18 cargo spacecraft has launched into space on a two-day trek to meet up with the International Space Station. 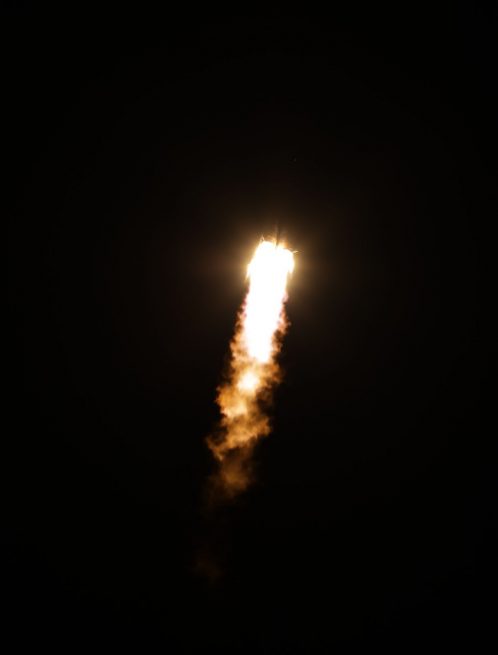 Sending the spacecraft into space was a 150-foot-tall (46-meter-tall), three-stage Soyuz 2.1a rocket. The first stage consisted of four strap-on liquid-fueled boosters, each with a single RD-107A engine. The second stage doubles as the vehicle’s core and uses a single RD-108A engine.

After about two minutes, the four first stage boosters fell away, forming a pattern in the sky commonly called the “Korolev Cross.”

The core stage, meanwhile, continued burning for an additional three minutes until it, too, had consumed its fuel. During that time, the payload fairing protecting the Progress spacecraft was jettisoned as the stack was high enough out of the atmosphere and was no longer needed.

When the second stage finished its job, the third stage and its single RD-0110 engine fired to continue pushing the cargo ship toward orbit, which it reached some nine minutes after liftoff. Moments after reaching orbit, the 24-foot-long (7.2-meter-long) spacecraft was separated and its antennas and solar arrays deployed.

Aboard is some 2,400 kilograms (5,400 pounds) of food, water, fuel and other supplies and experiments needed for the seven-person Expedition 66 crew.

Progress MS-18 is currently expected to remain at the Zvezda module until the end of May 2022.

At that point, having been unloaded of its cargo and reloaded with trash and other unneeded equipment, the spacecraft will undock and perform a destructive reentry into Earth’s atmosphere several hours later, likely over the South Pacific Ocean.