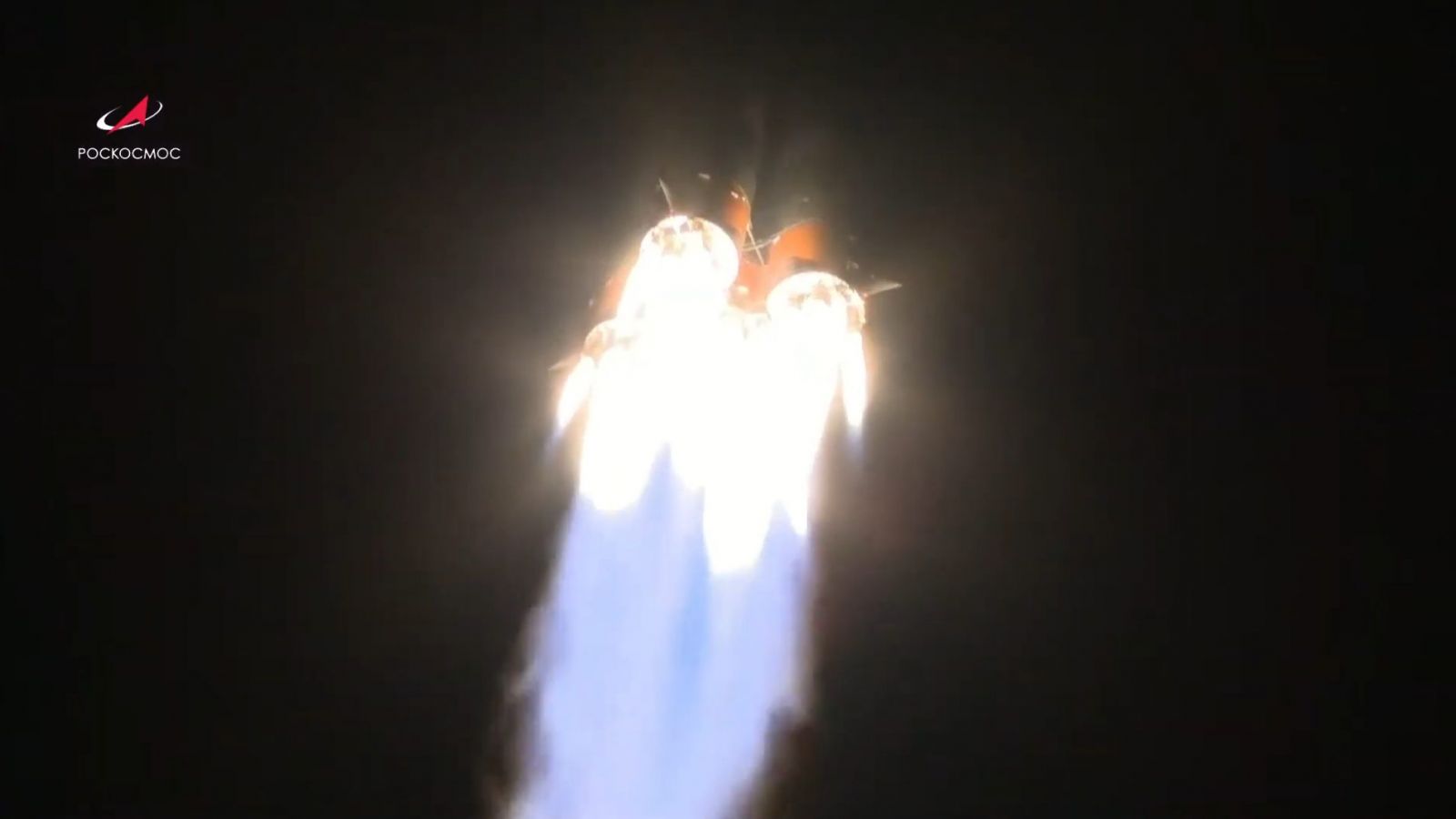 Progress MS-17 launches atop a Soyuz 2.1a rocket at 7:27 p.m. EDT June 29, 2021. It’s slated to arrive at the International Space Station in about two days. Credit: Roscosmos

Just before dawn, Russia’s Progress MS-17 cargo spacecraft lifted off from Baikonur Cosmodrome in Kazakhstan to send supplies to the International Space Station.

Progress MS-17 is slated to rendezvous with the space station and dock with the space-facing Poisk module after some 34 orbits at about 9:03 p.m. EDT July 1 (1:00 UTC July 2).

Aboard is more than 3,600 pounds (1,600 kilograms) of supplies and consumables for the seven-person Expedition 65 crew.

The cargo spacecraft is slated to remain at the Poisk module until late October before it is expected to be commanded to autonomously undock and relocate to the Earth-facing port of the soon-to-be-launched Nauka module. After that, it’ll undock from Nauka, likely sometime in November.

At the end of its mission, it’ll leave the vicinity of the ISS before performing a deorbit burn for a destructive reentry into Earth’s atmosphere.