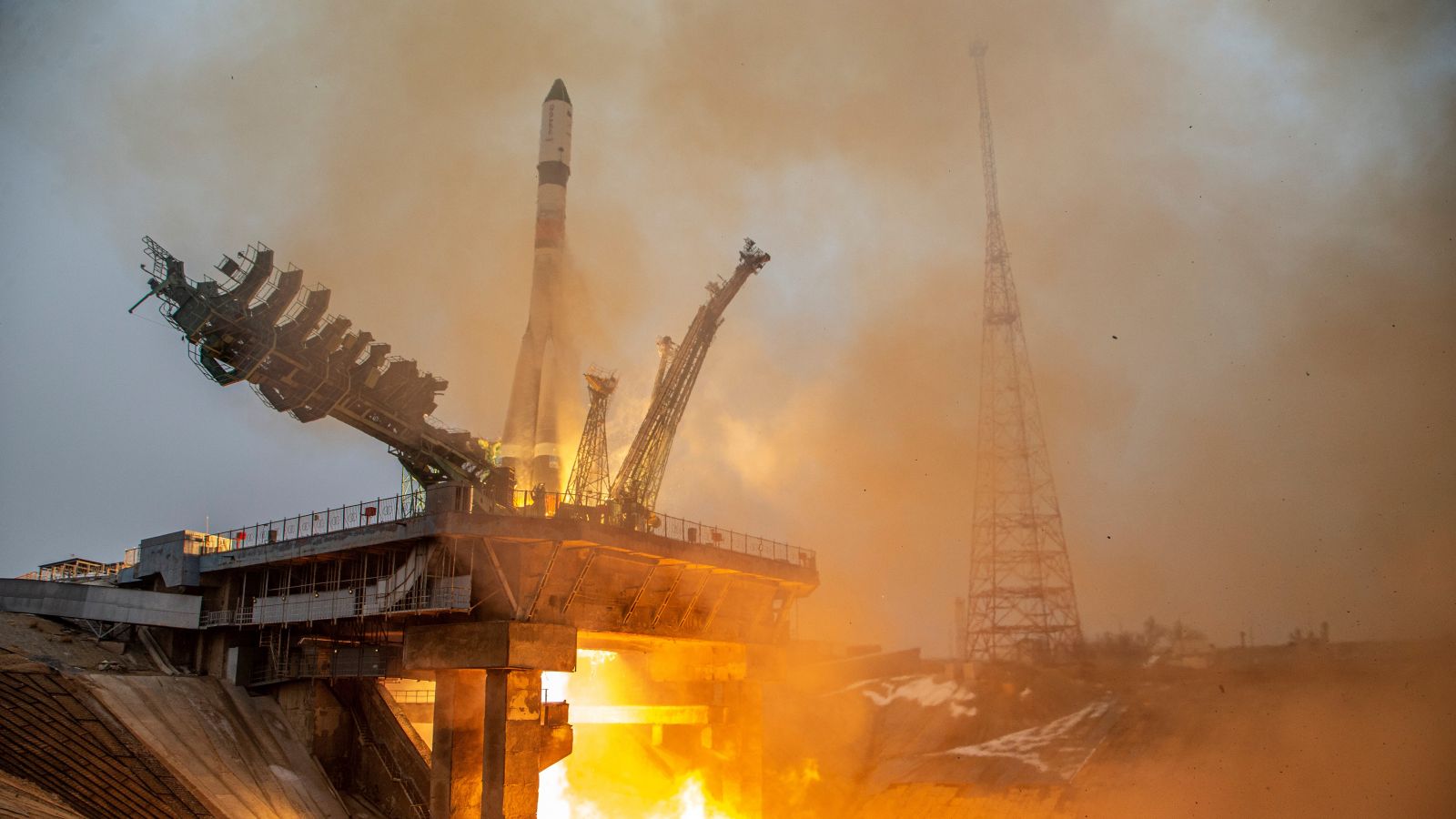 Progress MS-16 is launched atop a Soyuz 2.1a rocket from Baikonur Cosmodrome in Kazakhstan. Credit: Roscosmos

The next Russian cargo ship bound for the International Space Station, Progress MS-16, has launched from Kazakhstan with fuel and supplies.

The launch came less than a week after another cargo ship, Progress MS-15, departed the outpost.

Progress MS-16 is carrying some 2,500 kilograms worth of cargo, propellant, air and water for the seven-person Expedition 64 crew currently aboard the ISS. It’s set to mate with the Pirs docking compartment at about 1:20 a.m. EST (06:20 UTC) Feb. 17 where it is expected to remain until July 2021.

Should the schedule hold, this cargo spacecraft is set to remove and de-orbit the Pirs docking compartment to clear the way for the Russian Nauka science module, which is slated to launch in July atop a Proton rocket.

Pirs’ departure would make it the first major ISS module to be retired, having been attached to the space station since September 2001.