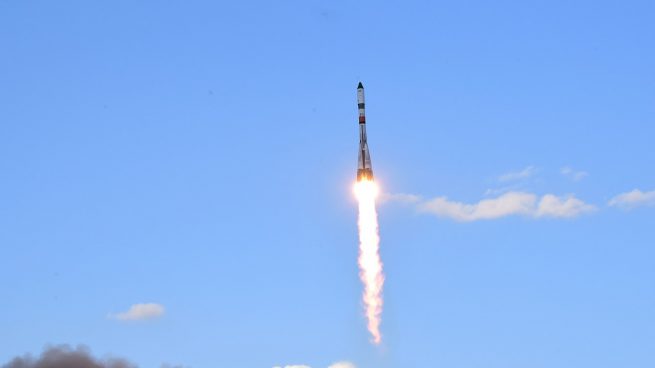 Progress MS-15 launches atop a Soyuz 2.1a rocket from Baikonur Cosmodrome in Kazakhstan. Photo Credit: Roscosmos

The Russian Progress MS-15 cargo ship arrived at the International Space Station in a reported record time to deliver supplies and experiments to the Expedition 63 crew, despite a last-second misalignment.

Launching atop a Soyuz 2.1a rocket from Baikonur Cosmodrome in Kazakhstan at 14:26 UTC July 23, 2020, the Progress MS-15 spacecraft rendezvoused with the orbiting outpost and docked with the Pirs module just 3 hours, 18 minutes and 31 seconds later at 17:45 UTC.

“Set another world record for flight speed #MKC – only 3 hours 18 minutes 31 seconds passed from the launch from Baikonur to the spacecraft touching the ISS!” Dmitry Rogozin, the director general of Roscosmos, tweeted shortly after docking. 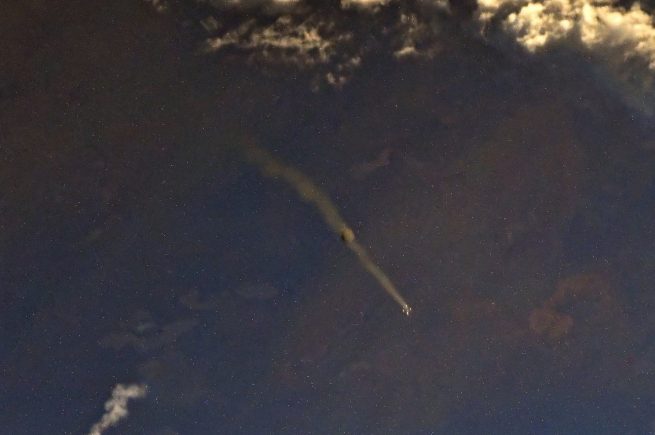 The launch of Progress MS-15 as seen by cosmonaut Ivan Vagner from the International Space Station. Photo Credit: Roscosmos

There was, however, a last-second misalignment between the spacecraft and the docking port. At one point Expedition 63 cosmonaut Anatoli Ivanishin asked if he should switch to manual control.

“Everything is nominal, Anatoli,” radioed mission control in Moscow. “Don’t do anything.”

Indeed the Progress corrected itself and successfully autonomously docked moments later with no reported issues post-capture. It is unclear what caused the misalignment.

This was the fifth Progress spacecraft to perform this super-fast two-orbit rendezvous profile. Typically, Progress and the crewed Soyuz spacecraft utilize either a four-orbit or 34-orbit profile, which last six hours and two days, respectively.

The first Soyuz spacecraft to utilize this two-orbit rendezvous could come as early as October 2020 with the Soyuz MS-17 mission. Aboard it will be Russian cosmonauts Sergey Ryzhikov and Sergey Kud-Sverchkov and NASA astronaut Kate Rubins.

Now attached to the Pirs module, the ISS crew — currently NASA astronauts Chris Cassidy, Doug Hurley and Bob Behnken, as well as Russian cosmonauts Anatoli Ivanishin and Ivan Vagner — is expected to begin unloading the vehicle of its contents over the next several months before reloading it with trash and unneeded equipment.

Progress spacecraft have been flying since 1978 and are today operated by the Russian state-owned space corporation Roscosmos. Their cargo spacecraft are derived from the Soyuz spacecraft and include many of the same features. 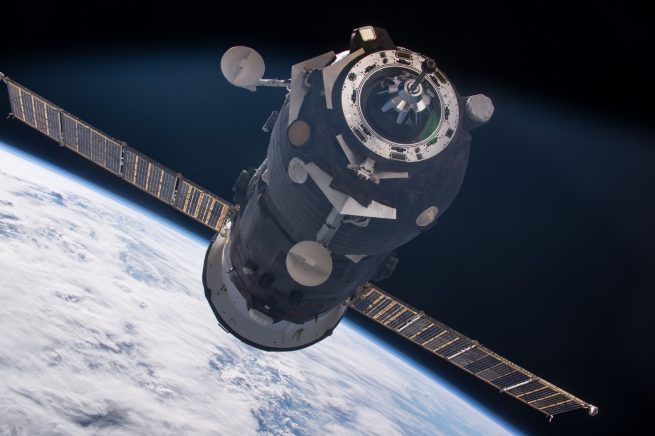 Overall the spacecraft is 7.2 meters long and 2.7 meters wide with a solar panel wingspan of 10.6 meters.

Unlike Soyuz, however, no part of Progress is designed to survive reentry at the end of its mission and is completely expendable.

At the end of its mission, a Progress spacecraft typically undocks, leaves the vicinity of the ISS and performs a deorbit burn to reenter Earth’s atmosphere, usually somewhere over the South Pacific Ocean, to burn up.

According to NASA, this is still the current plan for Progress MS-15 with an undocking scheduled for Dec. 4, 2020.

However, according to NASASpaceflight.com, the spacecraft could be used as a tug to remove the Pirs docking compartment from the ISS in 2021.

Should that plan play out, after leaving the outpost with Pirs, likely sometime in April 2021, the Progress MS-15 cargo ship would use its engines to deorbit both itself and the module. If not, that job could be given to the next Progress spacecraft.

Pirs is a Russian module that has been attached to the Earth-facing port of the Zvezda service module since 2001. It is expected to be the first major piece of the ISS to be retired.

A new Russian science module called Nauka is expected to launch in the first half of 2021. It’s destination is set to be the same port that Pirs is located.

Nauka has been delayed by more than a decade. While the module is nearing the end of its long road to launch, any new delays would likely change Roscosmos’ plans to remove Pirs.

the Progress MS-15 spacecraft rendezvoused with the orbiting outpost and docked with the Pirs module just 3 hours, 19 minutes and 31 seconds later at 17:45 UTC.

“Set another world record for flight speed #MKC – only 3 hours 18 minutes 31 seconds passed from the launch from Baikonur to the spacecraft touching the ISS!” Dmitry Rogozin, the director general of Roscosmos, tweeted shortly after docking.

Thank you – 18 is indeed the correct minute count. Be well!