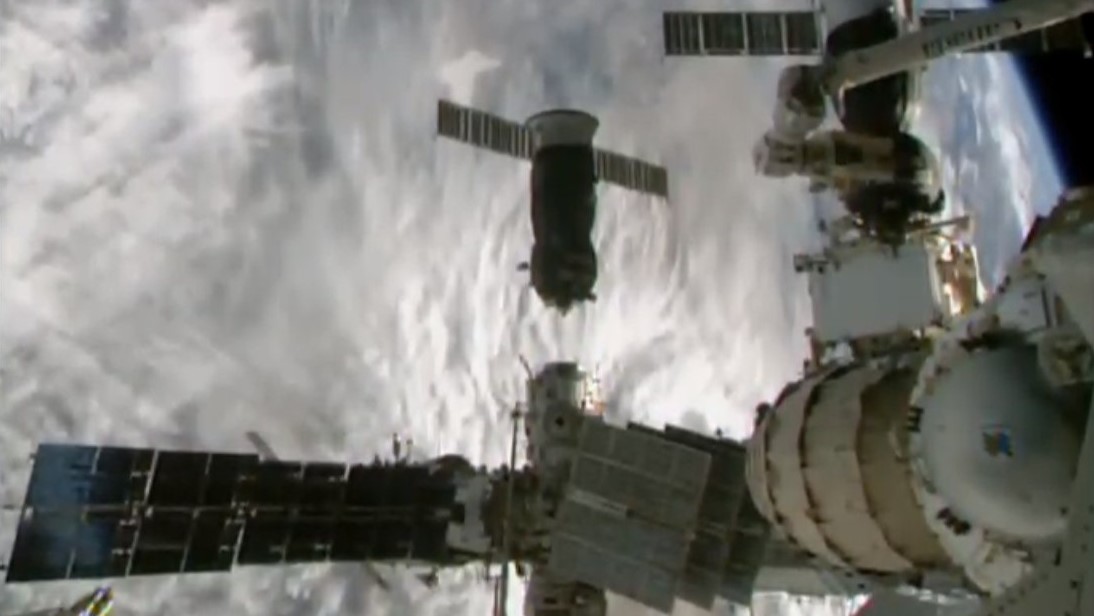 Russia’s Progress MS-15 cargo freighter has departed the International Space Station and performed a destructive reentry following its multi-month stay at the outpost.

The unpiloted cargo ship undocked from the ISS at 05:21 UTC Feb. 9, 2021, after about 201 days at the outpost. Several hours later, it performed a deorbit burn using its engine in the spacecraft’s service module.

As with most discarded cargo ships, the Russian spacecraft reentered Earth’s atmosphere and burned up over the South Pacific Ocean. Roscosmos said this occurred at about 09:13 UTC.

Progress MS-15 launched to the ISS July 23, 2020, atop a Soyuz 2.1a rocket from Baikonur Cosmodrome, Kazakhstan, with about 2,500 kilograms of cargo, fuel and oxygen. It docked with the Pirs module just two orbits later. 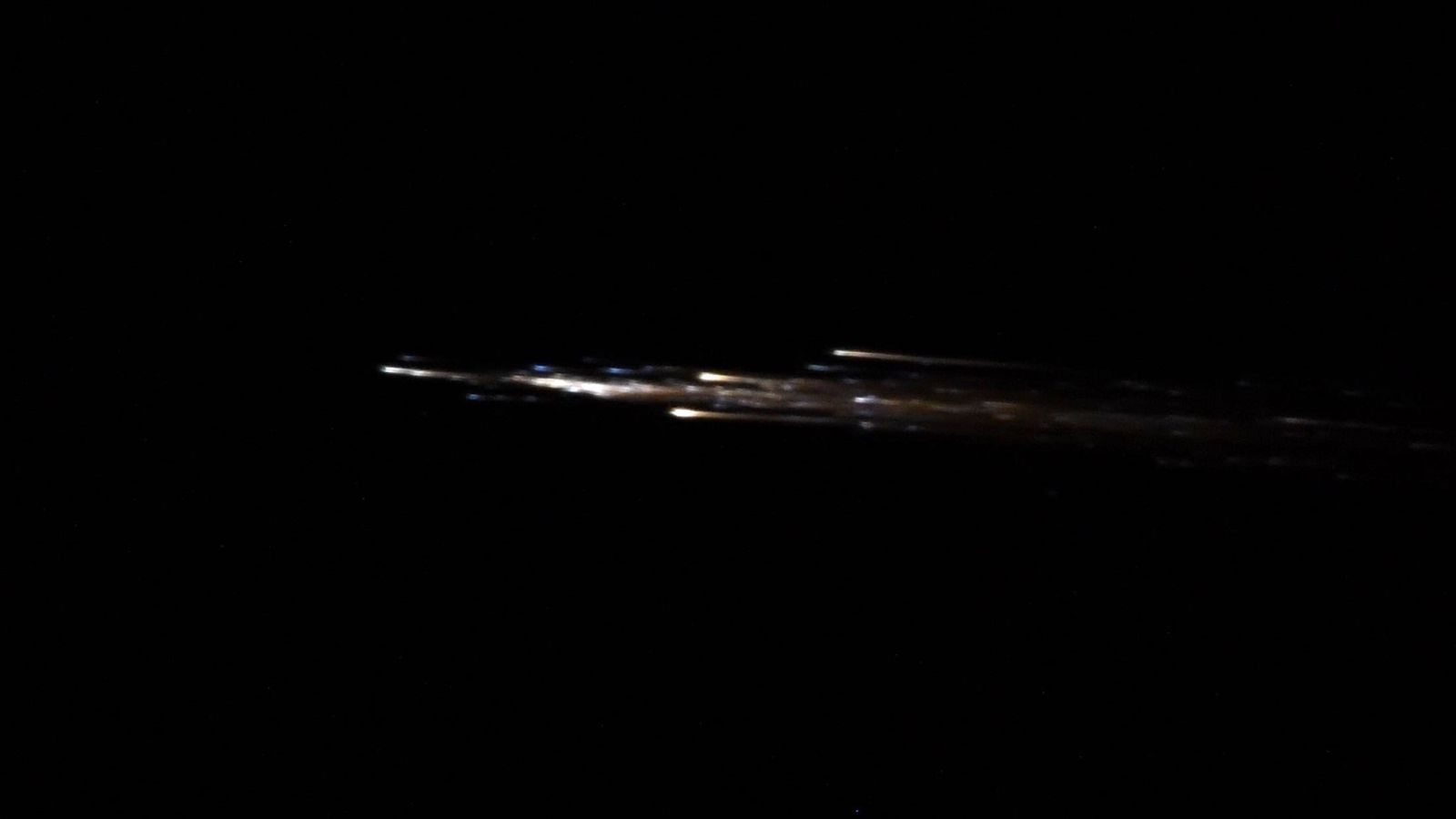 A photo of the destruction of Progress MS-15 during its reentry as seen by the ISS crew. Credit: Roscosmos