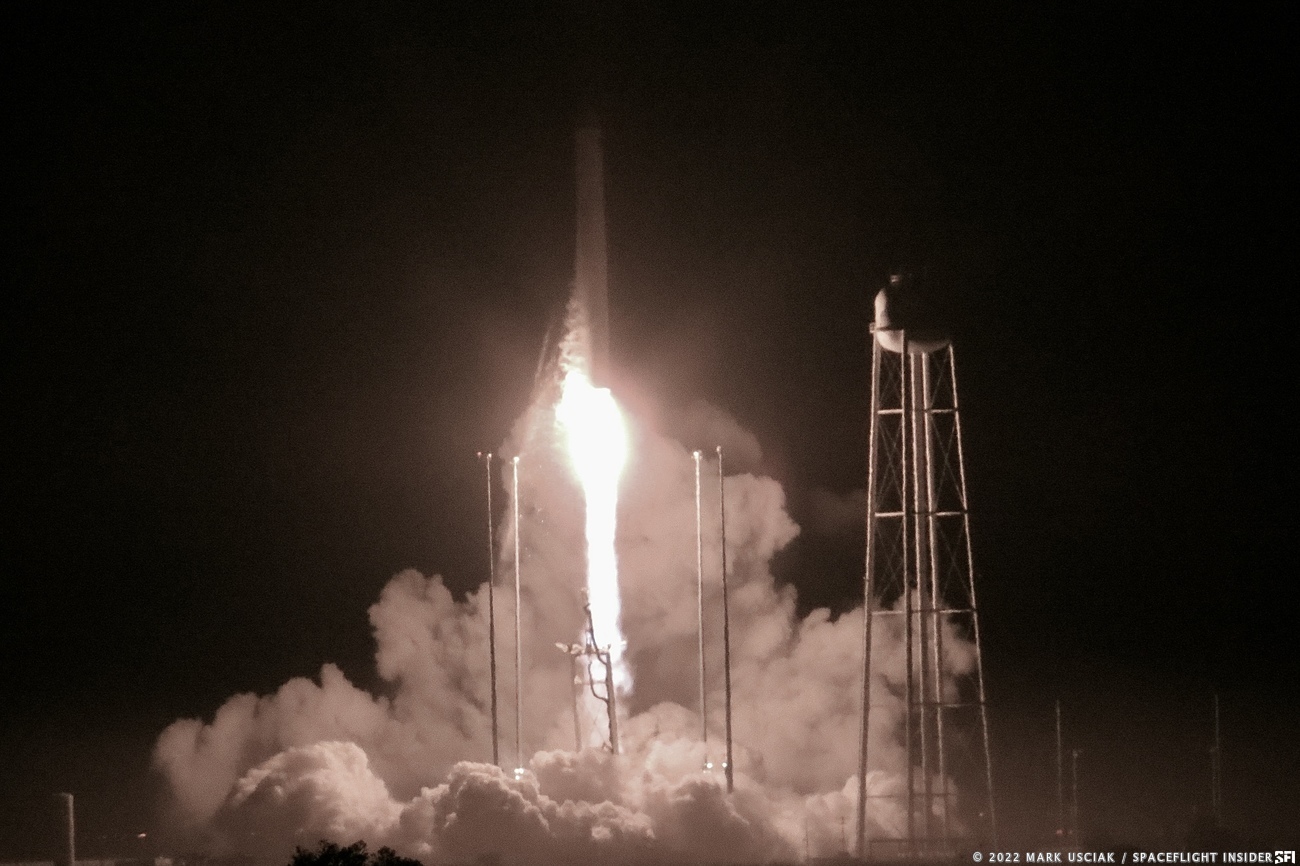 Northrop Grumman’s Antares rocket disrupted a normally peaceful morning as it lifted off over the Atlantic from the Mid Atlantic Regional Spaceport at Wallops Island, Virginia, with the Cygnus NG-18 cargo mission to the International Space Station.

At 5:32 a.m. EST (10:32 UTC) Nov. 7, 2022, the Antares rocket lofted the Cygnus spacecraft, named SS Sally Ride, filled with supplies and new science for the space station. The two first stage RD-181 engines hoisted the rocket quickly off of launch pad 0A and Antares quickly disappeared into the clouds. 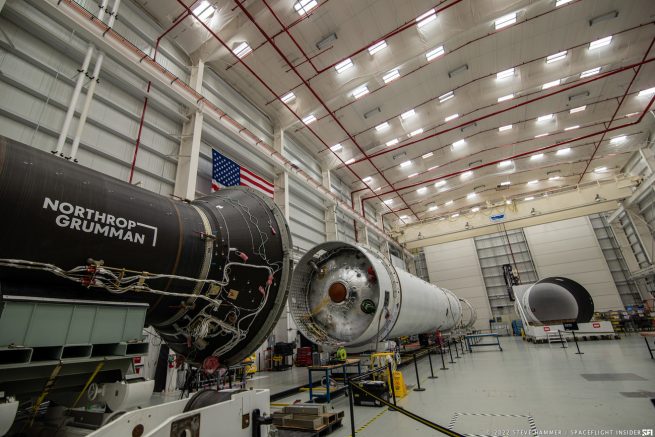 The final first stage for the Antares 230+ series waits for its launch sometime next year. Credit: Steve Hammer / Spaceflight Insider

Less than 10 minutes later, NG-18 Cygnus was in orbit to begin its two-day chase of the orbiting laboratory. It’s slated to arrive during the morning of Nov. 9.

This launch is the company’s 18th to the International Space Station under NASA’s second Commercial Resupply Service contract. The NG-18 mission is delivering more than 8,200 pounds (3,700 kilograms) of essential supplies and crew provisions, including some 1,760 pounds (800 kilograms) of hardware and samples to support about 40 different investigations to the station.

Some of the science includes the relaunching of the Redwire Biofabrication Facility, an epigenics study that will look at plants grown in space over several generations, and a study to better understand water repellent hydrophobic particles in post wildfire mudflows.

Among the supplies will be support for new solar arrays.

This was the penultimate Antares launch in its current 230+ configuration. In August, Northrop Grumman partnered with Firefly Aerospace to provide a fully American-built first stage for the new Antares 330.

The Mid Atlantic Regional Spaceport is located in the northern portion of Virginia’s Eastern Shore on Wallops Island. The complex consists of three launchpads.

Antares rockets, which are used to resupply the International Space Station as a part of NASA’s Commercial Resupply Services program, utilize Pad 0A, while Pad 0B is used for the Minotaur family of launch vehicles.

A new Launch Complex-2 was recently built to support the Rocket Lab Electron satellite launch vehicle, expanding the island’s rich history as a flight facility with over 16,000 rockets having been launched since 1945.