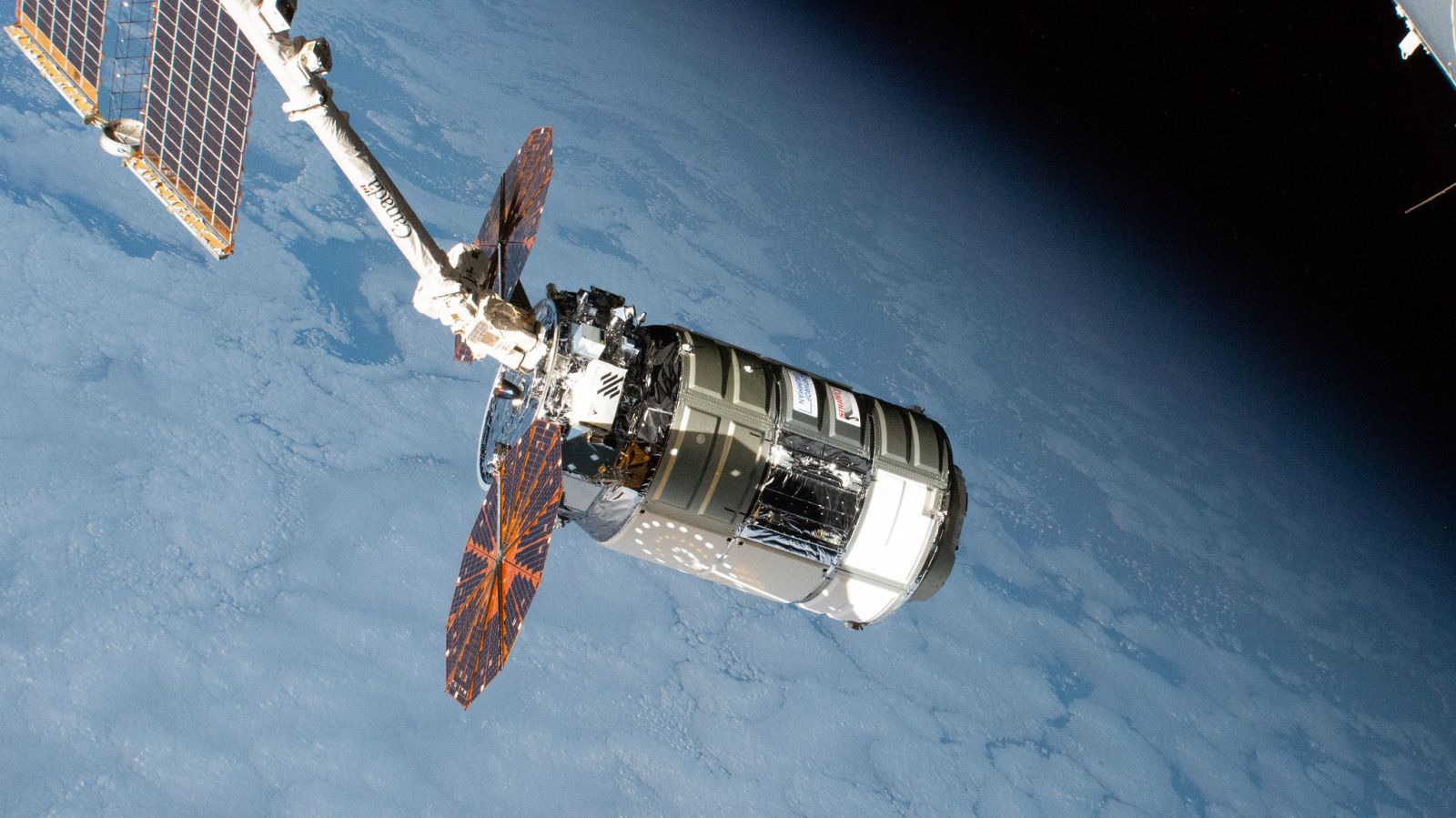 A view of NG-15 Cygnus as it arrived at the International Space Station in February 2021. The spacecraft departed the outpost on June 29, 2021. Credit: NASA

After four months at the International Space Station, Northrop Grumman’s NG-15 Cygnus cargo ship departed the outpost to begin a brief post-ISS mission before being disposed of over the Pacific Ocean.

At 12:32 p.m. EDT (16:32 UTC) June 29, 2021, the NG-15 Cygnus spacecraft, dubbed SS Katherine Johnson, was released by the robotic Canadarm2 several hours after the device unberthed the cargo ship from the Earth-facing port of the Unity module.

“As we say farewell to the SS Katherine Johnson, we want to extend a big thank you to the crew and ground teams across the world for all their hard work and a big congratulations on the completion of yet another successful Cygnus mission,” radioed the capsule communicator in Mission Control Houston to the ISS Expedition 65 crew.

Following its departure, the spacecraft is expected to deploy several CubeSats located in an externally-mounted deployer.

After all of its post-ISS mission objectives are completed, the spacecraft’s engine is expected to perform a deorbit burn to fall out of orbit and burn up in Earth’s atmosphere somewhere over the south Pacific Ocean.

This was the 15th Cygnus spacecraft to visit the ISS, the fourth under NASA’s second Commercial Resupply Services contract.

The next Cygnus resupply mission, NG-16, is currently expected as early as August 2021.

The #Cygnus space freighter from @NorthropGrumman is pictured shortly after its release from the #Canadarm2 robotic arm at 12:32pm ET today over southern Wyoming. #AskNASA | https://t.co/yuOTrYN8CV pic.twitter.com/ZTwBLRJJQR