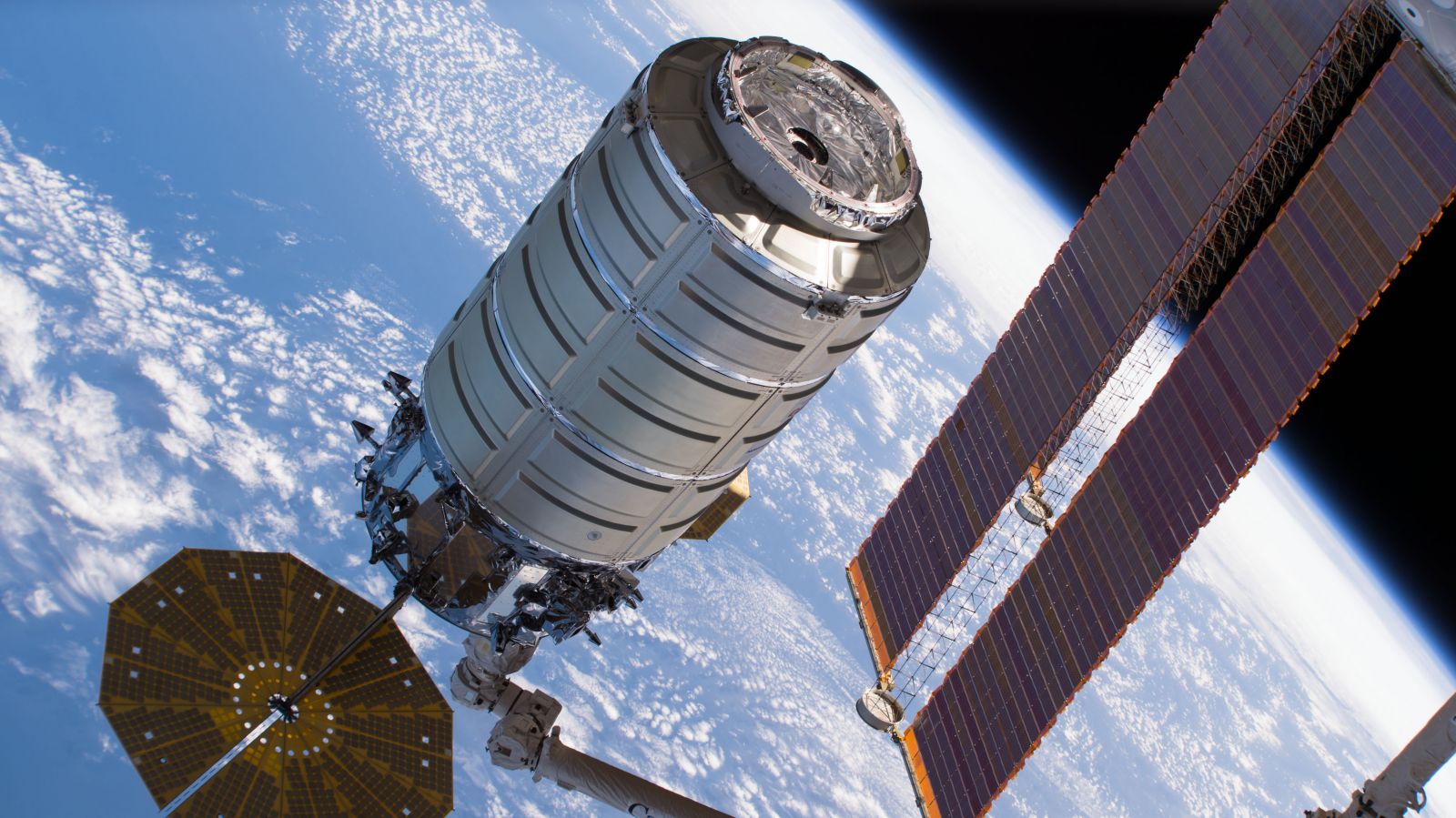 A file photo of a previous Cygnus spacecraft being captured at the International Space Station. The NG-11 Cygnus arrived at the outpost on April 19, 2019. Photo Credit: NASA

Capture of Cygnus by the space station’s Canadarm2 remote manipulator system took place at 5:28 a.m. EDT (09:28 GMT) April 19, 2019, while the outpost was flying about 254 miles (409 kilometers) over northeast France. At the controls of the arm were Expedition 59 astronauts David Saint-Jacques of the Canadian Space Agency and Anne McClain of NASA.

“It’s great to have the SS Roger Chaffee officially on board and we look forward to working with the over 7,000 pounds of cargo for the next few months,” McClain said following capture. “The crew of Expedition 59 would also like to take a moment to recognize the family of Lt. Commander Roger Chaffee, an Apollo astronaut who made the ultimate sacrifice in the pursuit of human space exploration and after him this vehicle is named. We never forget that we stand on the shoulders of giants. Please know that every day we remember his sacrifice and that we will continue to honor his legacy by pursuing his passion for exploration. To the SS Roger Chaffee, welcome aboard.” 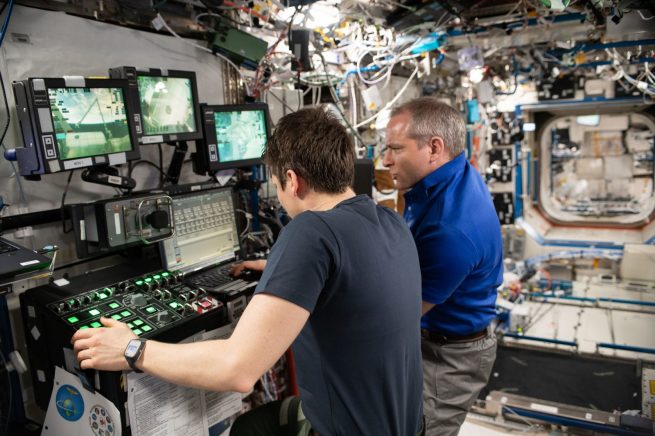 Following this, ground teams remotely commanded the arm to move the spacecraft to berth to the Earth-facing port of the Unity module, which took place around two hours later at 7:31 a.m. EDT (11:31 GMT). The attachment process took place in two stages with the first set of bolts turning first and a second set turning about 10 minutes later.

The six-person Expedition 59 (the other four include Russian cosmonaut and ISS commander Oleg Kononenko, Russian cosmonaut Aleksey Ovchinin and NASA astronauts Nick Hague and Christina Koch) are set to unload the 7,600 pounds (3,450 kilograms) of supplies and experiments following hatch opening, which is set for later in the day.

Inside the NG-11 Cygnus includes experiments ranging from a colloidal study to a new bio-analyzer. Additionally, a new robot helper is aboard.

Named “Astrobee,” this robot helper can work autonomously or remotely and is hoped to help astronauts in the U.S. Orbital Segment of the outpost by flying around using fans and perform routine chores.

NG-11 Cygnus launched at 4:46 p.m. EDT (20:46 GMT) April 17 atop an Antares 230 rocket from Wallops Island, Virginia. Following a nine-minute ascent into orbit, the spacecraft began its 37-hour chase of the outpost. 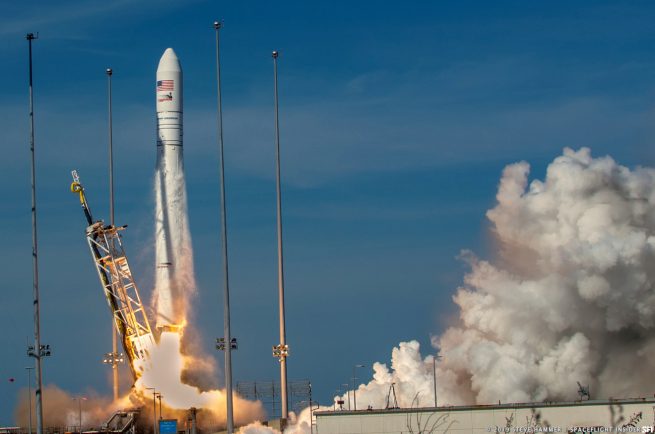 Once all of the cargo is transferred into the outpost, Northrop Grumman (and by extension former companies Orbital Sciences before merging with ATK in 2014 and Orbital ATK before being purchased by Northrop Grumman in 2018) succeeded in transporting 66,000 pounds (30,000 kilograms) of cargo under the original Commercial Resupply Services contract.

In total, 11 spacecraft were launched under CRS1 with one failing to reach orbit (Orb-3 in 2014). Cygnus spacecraft beginning with NG-12 in fall 2019 will be under the CRS2 follow-up contract.

For SS Roger Chaffee, the spacecraft is expected to remain berthed with the Unity module until late July, by which time it will have been unloaded of its cargo and reloaded with unneeded equipment and trash.

This was the first Cygnus with the capability of a 24-hour late load of “critical cargo.” It was also the first to fly with control moment gyroscopes, which could allow for the spacecraft to remain on orbit not attached to the ISS for an extended period of time.

In fact, NG-11 isn’t expected to be de-orbited until December, which means it will spend four to five months in free flight at an altitude above the space station’s orbit. However, it is expected this new capability could allow for extended missions of up to a year, according to NASA.

This new capability means there could be two Cygnus spacecraft flying in fall 2019 as NG-12 is currently anticipated to launch in October.

Cygnus is also expected to release several CubeSats from two external deployers, one from a NanoRacks device on the side of the spacecraft and one from a “Slingshot CubeSat Deployer,” which will be installed by astronauts on the front of the hatch by astronauts who will have access to it while attached to the outpost.