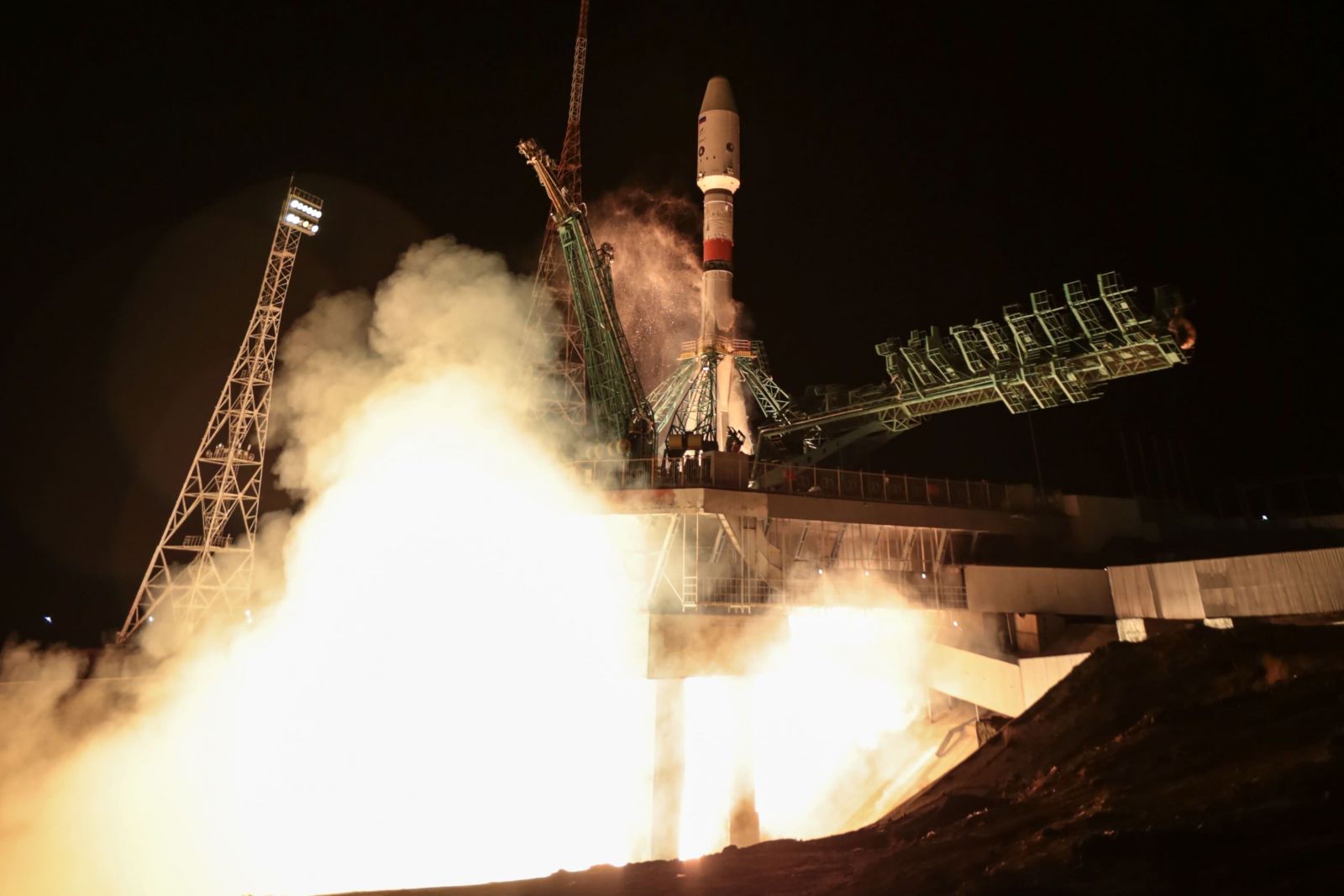 A Russian Soyuz 2.1b launches the Prichal node module into space for a two-day trek to the International Space Station. Credit: Roscosmos

The last planned Russian International Space Station module has launched toward the outpost for a scheduled docking in two days.

Prichal will be attached to the space-facing port of the Nauka module, which itself arrived at the ISS over the summer, replacing the two-decade-old Pirs docking compartment. This last Russian module launched 23 years and 4 days after the launch of the first module, Zarya.

As a node module, it is primarily spherical in shape with a diameter of about 11 feet (3.3 meters). It has six ports overall — one active hybrid port on the side that connects to the Nauka module, four axial passive hybrid ports and one traditional “probe and drogue” port on the Earth-facing side to allow for the docking of Progress and Soyuz spacecraft. 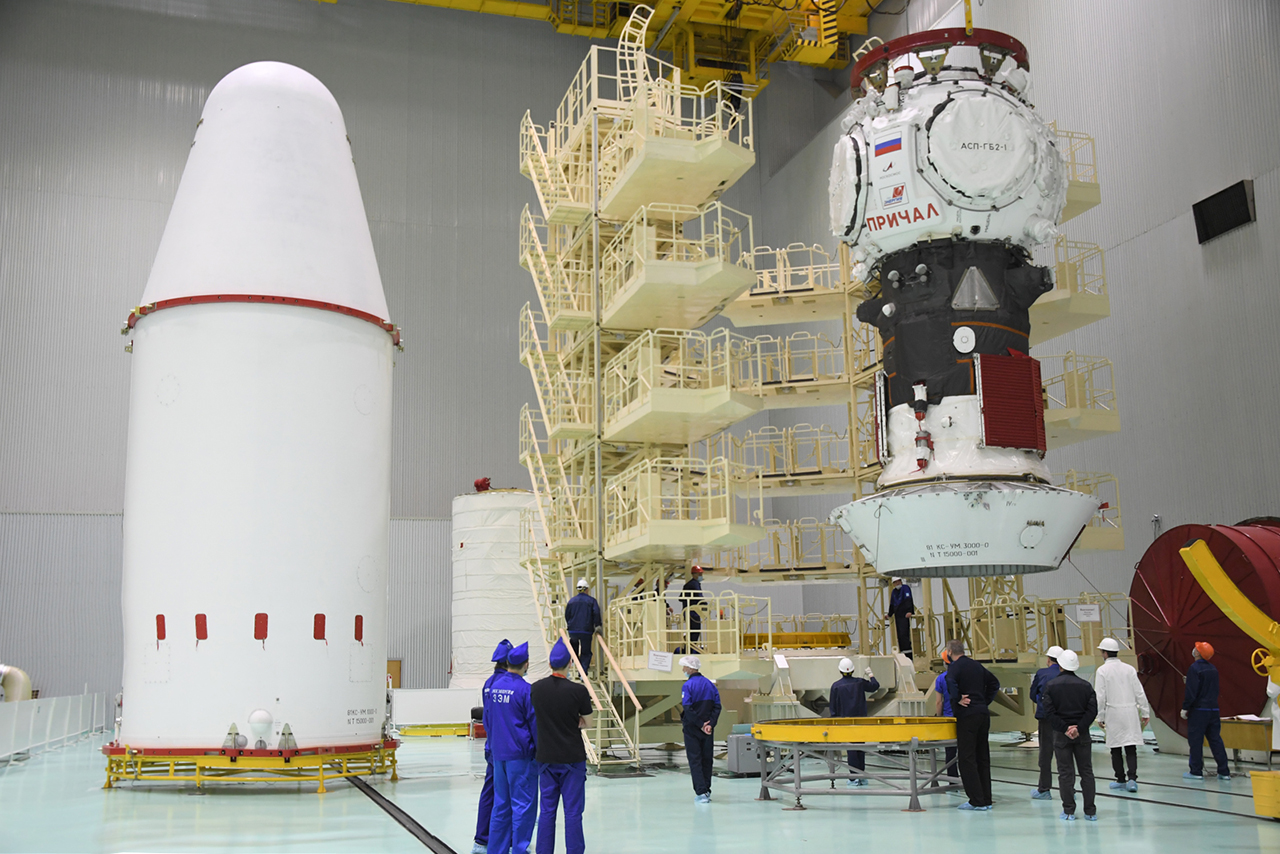 The Prichal module with the Progress M-UM service module being processed for launch in Baikonur Cosmodrome in Kazakhstan. Credit: Roscosmos

The Earth-facing side will also provide fuel transfer capability between Soyuz and Progress and the Nauka module and the rest of the Russian segment.

Including the docking mechanisms, the overall length of Prichal is about 16 feet (4.9 meters).

Together with the Progress M-UM service module, the spacecraft stretches about 23 feet (7 meters). Following its docking with the ISS, the service module is slated to undock on Dec. 21, 2021.

In January 2022, cosmonauts Anton Shkaplerov and Petr Dubrov, members of the seven-person Expedition 66 ISS crew, are slated to perform a spacewalk out of the Russian Poisk module in order to run power and data cables between Prichal and Nauka to complete its integration to the outpost.

The first visiting vehicle slated to dock with Prichal is expected to be Soyuz MS-21 in March 2022, which will bring three Russian cosmonauts to the ISS for a six-month stay aboard the outpost.