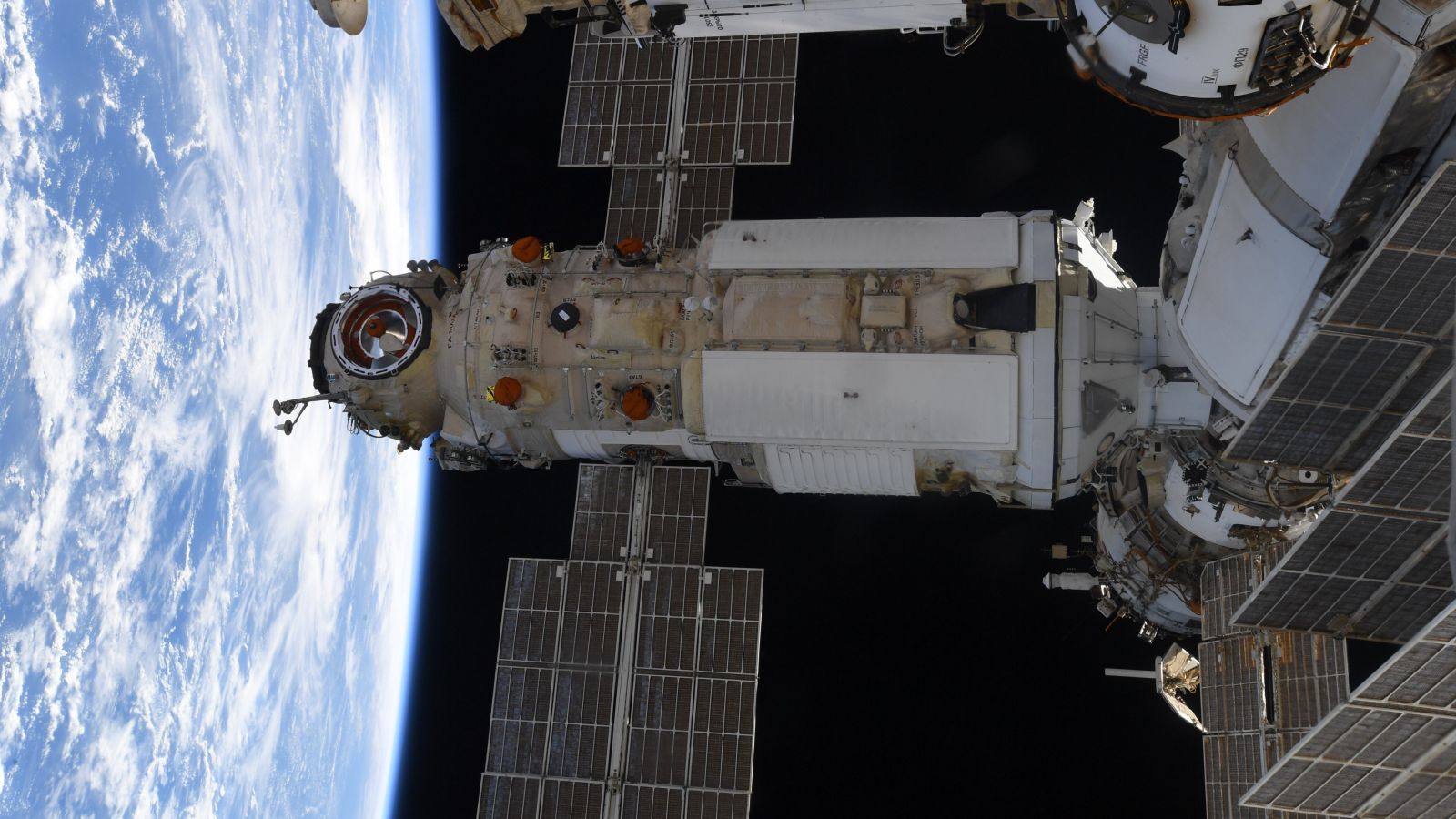 Nauka as seen from the Cupola module on the U.S. side of the ISS. Credit: NASA

Not long after the ISS Expedition 65 crew, consisting of seven people, started opening the hatch to the newly-arrive module, Nauka’s thrusters began firing at about 12:45 p.m. EDT (16:45 UTC) July 29, 2021, causing the Zvezda service module to begin correcting the errant maneuvers as the outpost began drifting away from its normal orientation. 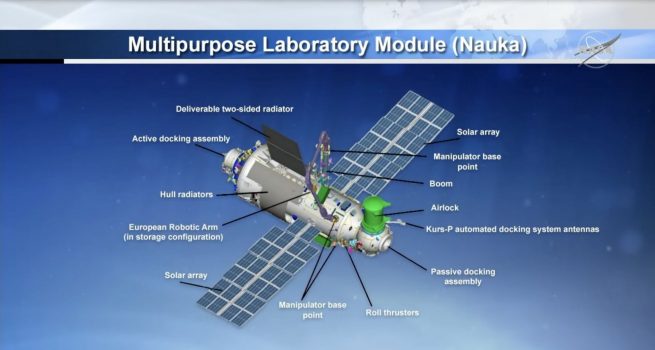 An overview of the Nauka module. Credit: NASA

According to NASA, the ISS rotated up to about 45 degrees from its normal orientation. The agency stressed the crew was not in any danger.

“Just to update you guys, right now we’re in a little bit of a tug of war between thrusters firing from both the [service module] and the [Nauka module],” radioed Mission Control Center Houston shortly thereafter. “We’re sorting through the best course of action right now.”

A few minutes later, the crew was updated to say the Zvezda module was decreasing the attitude error and that the Progress MS-17 spacecraft, located on the space-facing Poisk module, took over correcting the outpost’s attitude. 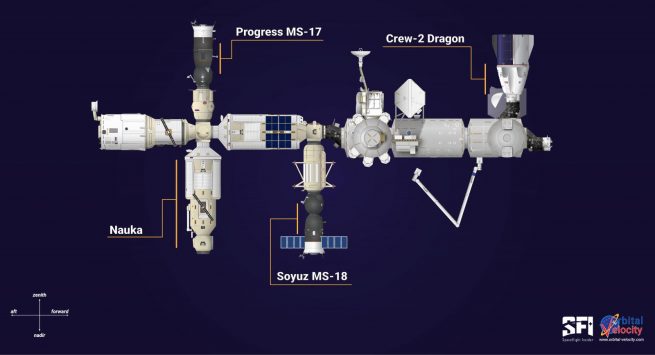 Roscosmos is not sure why Nauka’s thruster began firing. However, it was expected to send commands to the module to disable its thrusters during the next Russian ground pass at about 2 p.m. EDT (18:00 UTC). It occurred while the thrusters were being integrated into the software and computer logic with the Zvezda service module.

Ground teams are expected to continue troubleshooting the issue while the ISS crew works to verify nothing was damaged during the incident.

This issue has also prompted NASA to call off tomorrows (July 30) launch of the Orbital Flight Test-2 Starliner mission. It was slated to dock with the forward port of the Harmony module on Saturday. The delay gives NASA and Roscosmos additional time to ensure the thruster issues doesn’t occur again. The weather for a Friday launch was also iffy at 50-50.

Unfriggin’ believable. WTF ??? Roscomos had a decade to check this thing out and the SW starts firing the thrusters for no reason? How come they’re such good hackers and can’t do something simple like put the thrusters in safe mode? I bet this thing will follow Pirs very shortly.

Maybe they’re tired of dealing with the ISS and want it to go away.