NASA researcher provides overview of science on the ISS 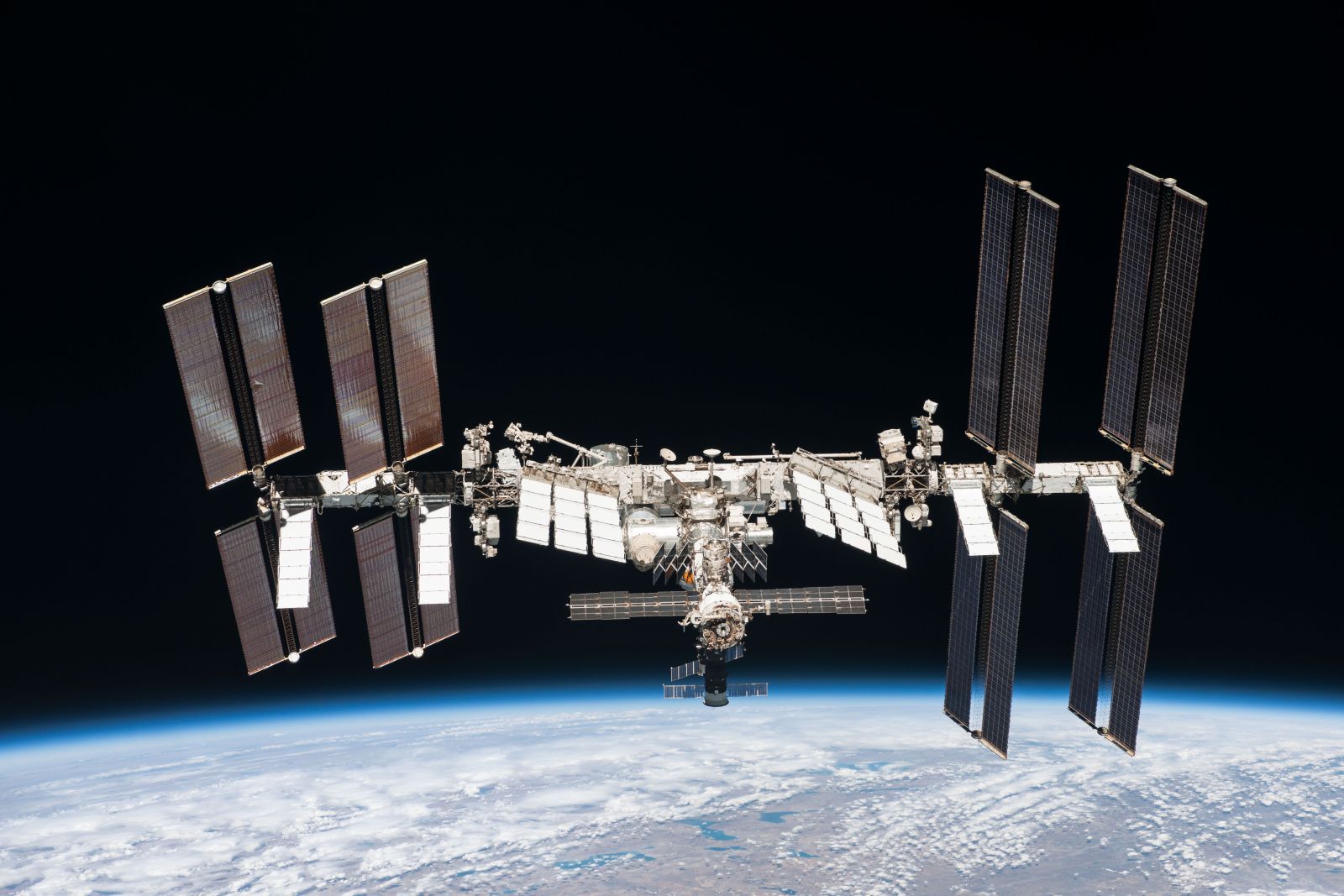 ISS as photographed by Expedition 56 astronauts from a Soyuz capsule. Image Credit: NASA

The Night Sky Network is a national group of amateur astronomy clubs whose purpose is to inspire the public about NASA’s missions and the science and technology that go into them.

“The ISS is an orbiting laboratory. It’s a space station that’s been going around the Earth. It’s been a continuous presence with humans for at least 20 years now. We conduct research to aid space exploration and for human benefits here on Earth as well as developing new technologies,” Redell said.

Research on the ISS has helped scientists learn about a wide range of subjects, from human health to black holes, he added. Scientific discoveries made there provide benefits for humanity and enable future space exploration.

Close to 3,000 scientific investigations have been conducted on the ISS, resulting in more than 1,800 scientific journal papers published.

In 2005, Congress passed a law designating the ISS as a national laboratory, enabling non-NASA research, including student projects, to be conducted there. 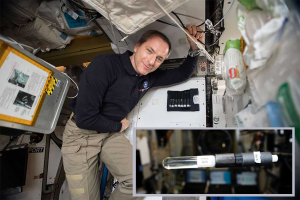 David Saint-Jacques places bubble monitors (inset) in various locations around the International Space Station for the Canadian Radi-N2 experiment. The Radi-N2 experiment is designed to measure the amount of neutron radiation received by astronauts on board the Station, help create a map of the ISS to identify areas that offer the most protection in case of a major solar event, and help develop countermeasures to health risks for future long-duration space explorers. (Credit: Canadian Space Agency/NASA)

Redell outlined several major reasons for conducting scientific research on the ISS. First, the micro-gravity environment removes all conditions driven by gravity, letting scientists understand other factors involved in their studies. Second, being in low-Earth orbit provides a unique vantage point, along with support services for Earth and space science missions.

Third is the extreme environment in space, including vacuum, thermal variations, radiation, atomic oxygen, and micro-meteoroids. Finally, the ISS serves as a unique platform for educating and inspiring the next generation, which is an investment in future scientific exploration and advancement.

Redell cited the example of cell biology research, noting that on Earth, cells live in a fluid environment and respond to the force of gravity. When brought into micro-gravity, cells that have irregular shapes on Earth suddenly become spherical and swell up, much like blobs of water do on the ISS. Cells also alter their gene expressions, structure, and the mechanisms by which they “communicate” with one another in micro-gravity.

To learn more about health and physiological changes in micro-gravity, worms, insects, fish, and rodents are studied on the ISS. Learning about rodents’ biological processes in space helps scientists better understand how human space travelers will respond to that environment.

Understanding plant biology in micro-gravity will someday be key for astronauts on long space missions. On Earth, plants’ roots instinctively move downward due to gravity while their stems and leaves reach upward toward the Sun. In the absence of gravity, they get “confused”; for example, moss grown in the dark on a space shuttle flight grew in all directions. 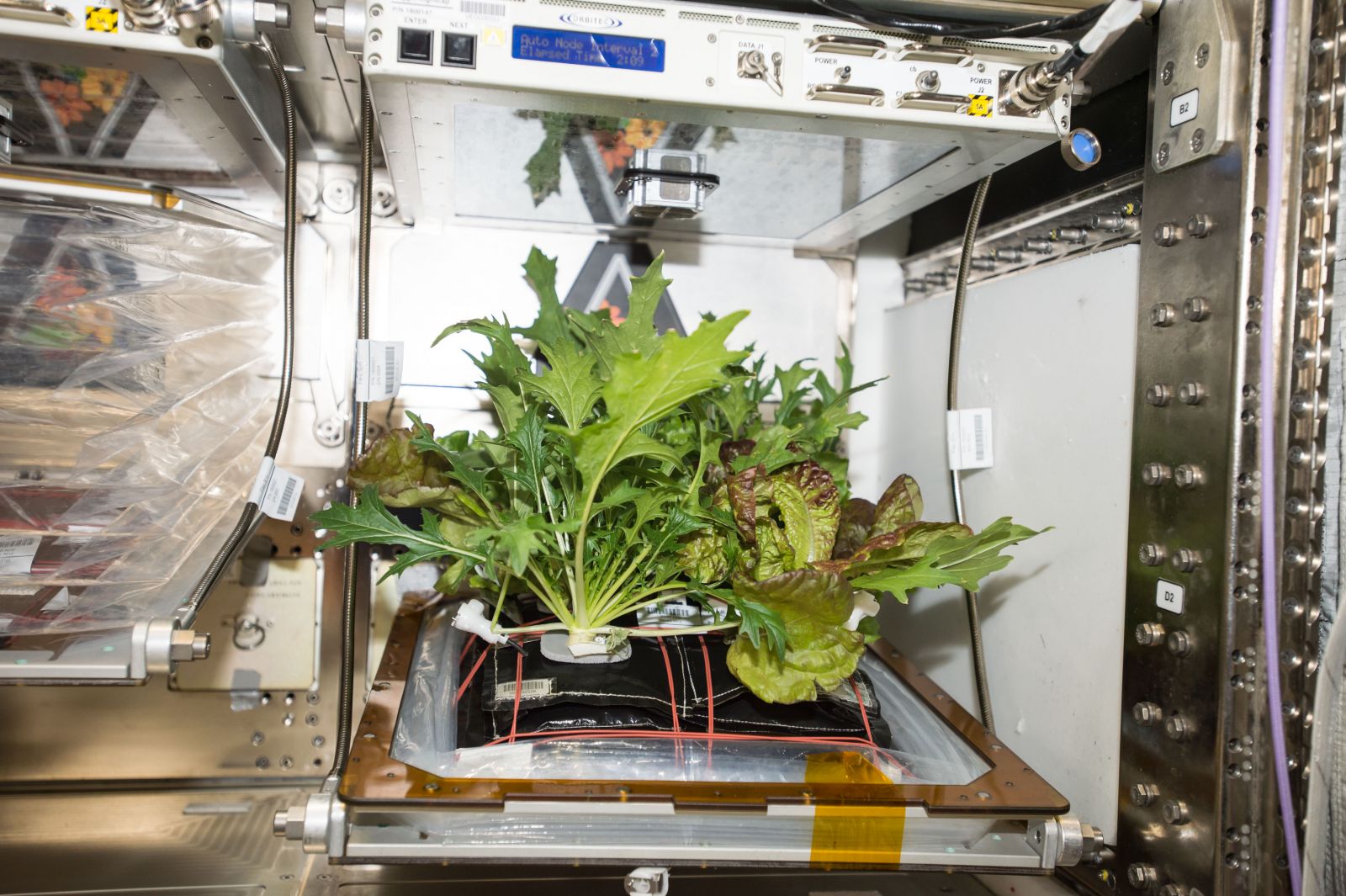 “If we’re trying to grow our own food sources on a long-duration mission, this is something we need to understand for long-duration flights,” Redell emphasized.

Especially important to the future of human space travel is a better understanding of the effects micro-gravity has on people. Both during spaceflight and afterwards, astronauts have experienced balance disorders, cardiovascular de-conditioning, decreased immune function, muscle atrophy, and bone loss.

Through ISS research, scientists learned that 60 percent of astronauts who spend long durations in space experience a decline in eyesight that in some cases is permanent. Some researchers believe this is due to fluid shifts to the head in micro-gravity while others attribute it to a genetic predisposition. Whether one or both are true, scientists will have to resolve this issue in order for long-term human space missions to go forward.

The unique orbit of the ISS enables it to observe all geographic locations between 51.6 degrees North and 51.6 degrees South in latitude. This covers 85 percent of the Earth’s surface and 95 percent of its populated landmasses. Using high-definition cameras, ISS astronauts take a variety of photos, from still ones to hyper-spectral images.

From the ISS, astronauts can monitor natural disasters and climate change effects. Science instruments use remote sensing to study climate science, hydrology, soil mapping, geomorphology/landscape configuration, hazard assessments, and many other phenomena. One such experiment monitors water content in the world’s rainforests.

In the field of astrophysics, astronauts work with scientists to explore the universe’s origin, identify and study neutron stars and black holes in X-ray wavelengths, and learn more about cosmic rays, dark matter, and even anti-matter.

Anyone interested in learning more about the many science experiments being conducted on the space station is encouraged to visit an ISS website known as the Space Station Research Explorer.