NASA astronaut returns to Earth after 1 year at space station 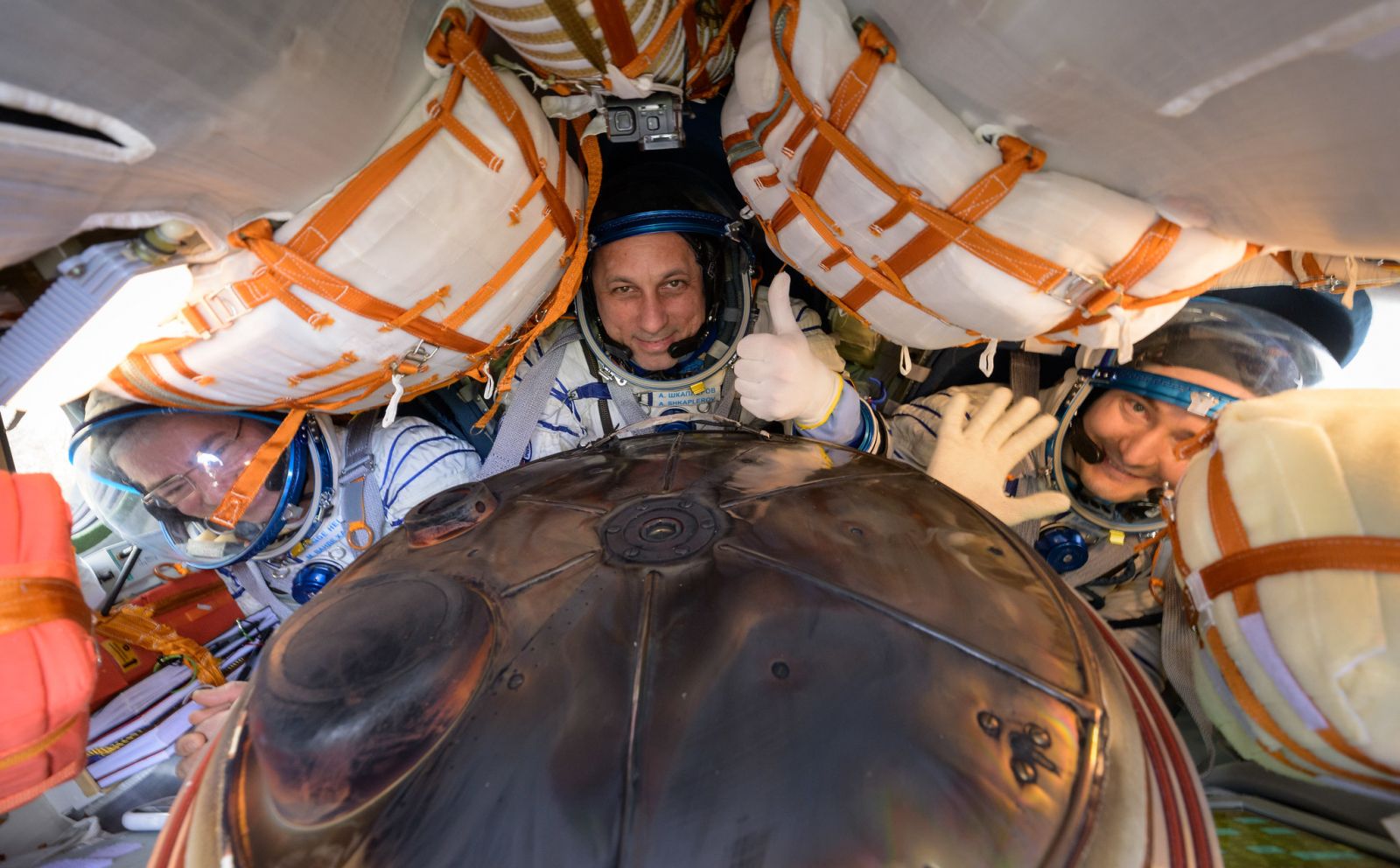 Vande Hei, along with Russian cosmonauts Anton Shkaplerov and Pyotr Dubrov, landed in the Soyuz MS-19 capsule at 7:28 a.m. EDT (11:28 UTC) March 30, 2022, in Kazakhstan. Shkaplerov wrapped up 176 days in space, having launched in October 2021. Vande Hei and Dubrov, however, completed a 355-day stay aboard the international outpost, having launched in Soyuz MS-18 in April 2021. 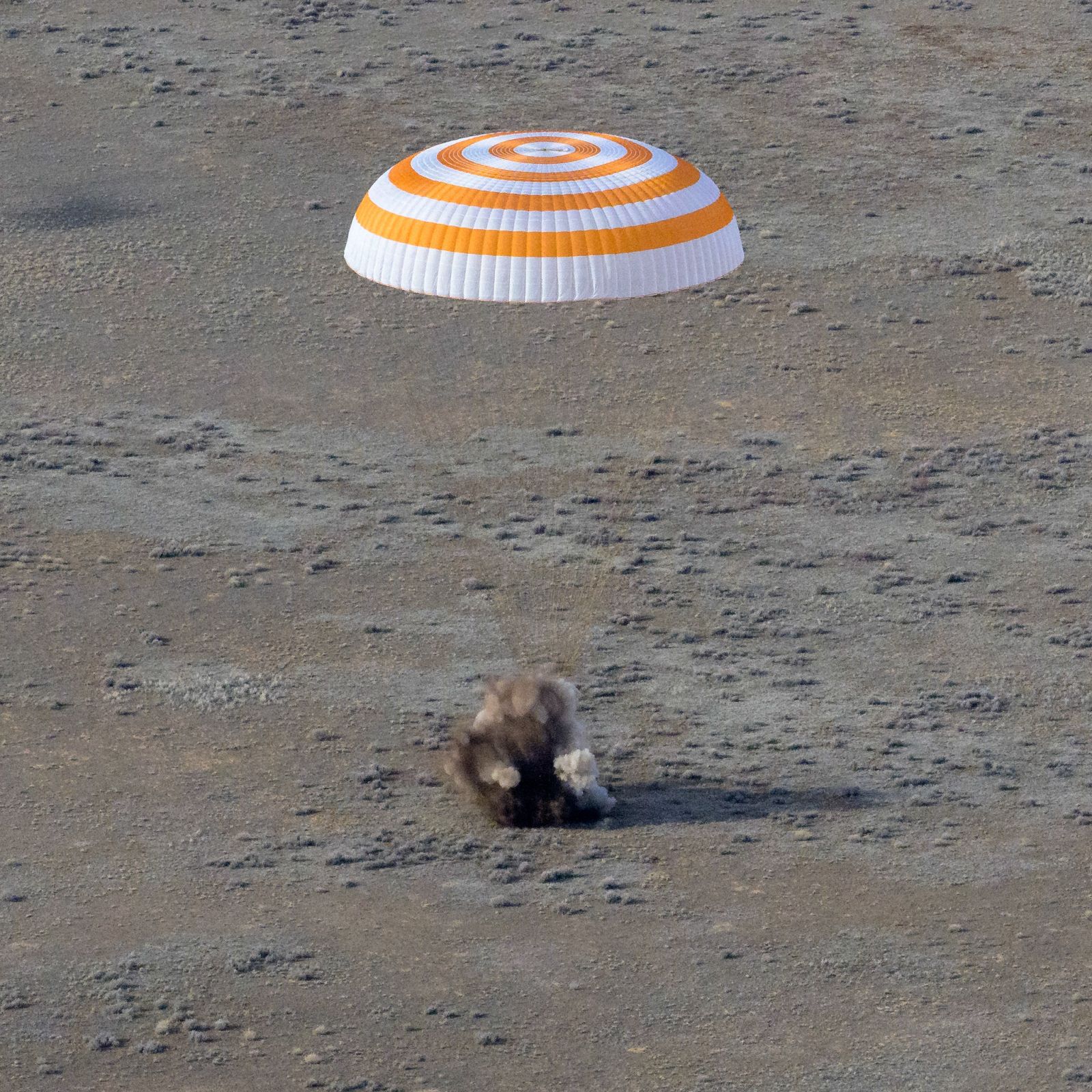 The three Expedition 67 Russian cosmonauts have been aboard the outpost since March 18 and are expected to remain until late September. Meanwhile, Chari, Marshburn, Barron and Maurer arrived in the Crew-3 Dragon spacecraft in November 2021 and are expected to return to Earth in late April after being replaced by the Crew-4 astronauts, set to launch from Florida on April 19.

Dubrov completed his first spaceflight while Vande Hei was on his second mission. Vande Hei’s cumulative time in space is now about 523 days.

The American with the most cumulative time in space is former NASA astronaut Peggy Whitson at 666 days.

With Vande Hei’s return, he set a new NASA astronaut record for the longest single stay in space, beating Scott Kelly’s 340-day duration set aboard the outpost between March 2015 and March 2016.

The record for the longest single flight by any person was set by Russian cosmonaut Valeri Polyakov, who spent 438 days aboard the Mir space station between January 1994 and March 1995. Vande Hei and Dubrov’s 355-day stay constitutes the fourth longest in spaceflight history.

The trio returned to Earth at a time when relations between Russia and the West are at their worst since the end of the Cold War and the dissolution of the Soviet Union in 1991. Russia’s unprovoked invasion of Ukraine on Feb. 24, 2022, sparked a multitude of sanctions by the United States, Europe and their allies.

In the space industry, this also resulted in the suspension of many cooperative commercial and governmental space endeavors. The one remaining project largely unaffected is the International Space Station program, despite the antagonistic rhetoric by the director general of the Russian State Space Corporation Roscosmos, Dmitry Rogozin.

Throughout the last month, NASA has continued to say that it and Roscosmos are cooperating professionally, as they have for decades. Both the U.S. segment and the Russian segment are dependent on each other for safe and successful operation with the U.S. side providing power and gyroscopes for the majority of ISS attitude control and the Russian side providing propulsion for orbital reboosts and maneuvering. 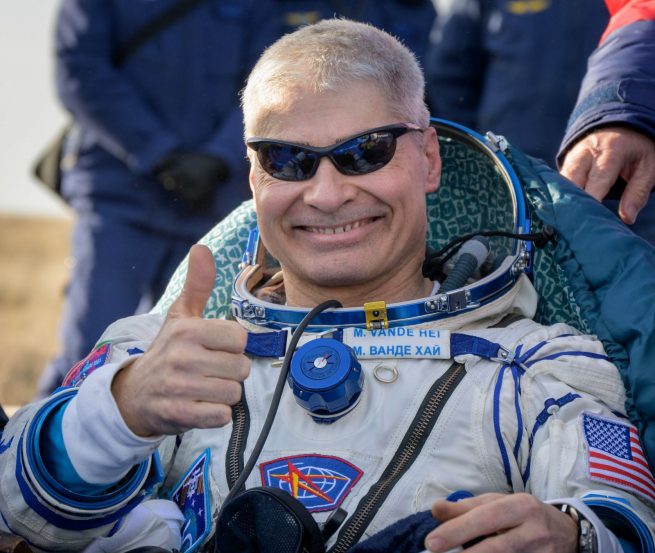 Mark Vande Hei seen outside his Soyuz capsule after being in space for one year. Credit: NASA/Bill Ingalls

“ISS is an international partnership that was created as an international partnership with joint dependencies,” said NASA’s Associate Administrator of Human Exploration and Operations Mission Directorate Kathy Leuders in a Feb. 28 conference about the private Axiom Space mission to the space station. “It’s a place where we live and operate in space in a peaceful manner. That’s really a model for us to be operating in the future. I actually feel like this is a good message for us that we are operating peacefully in space now.”

Leuders said it would be a sad day for international operations if the U.S. and Russia couldn’t continue to peacefully operate in space, and as a team NASA and Roscosmos are cooperating.

As such, both Russian search and rescue personnel and NASA representatives were on hand in Kazakhstan to extract the cosmonauts and astronaut from the capsule.

The crew was helped out of the capsule before being carried to nearby couches for initial medical checks and initial calls to friends and family. The first out was Shkaplerov. He was followed by Dubrov and Vande Hei.

After a few minutes on the couches for the space flyers to enjoy their first fresh air and wind since leaving Earth, they were carried inside a nearby medical tent to change out of their Sokol launch and entry suits.

From there, the plan is for them to board helicopters to fly two hours to a staging center at the nearby city of Karaganda. There, the cosmonauts will board a plane back to Moscow and Vande Hei will board a NASA jet to ultimately return to Houston.