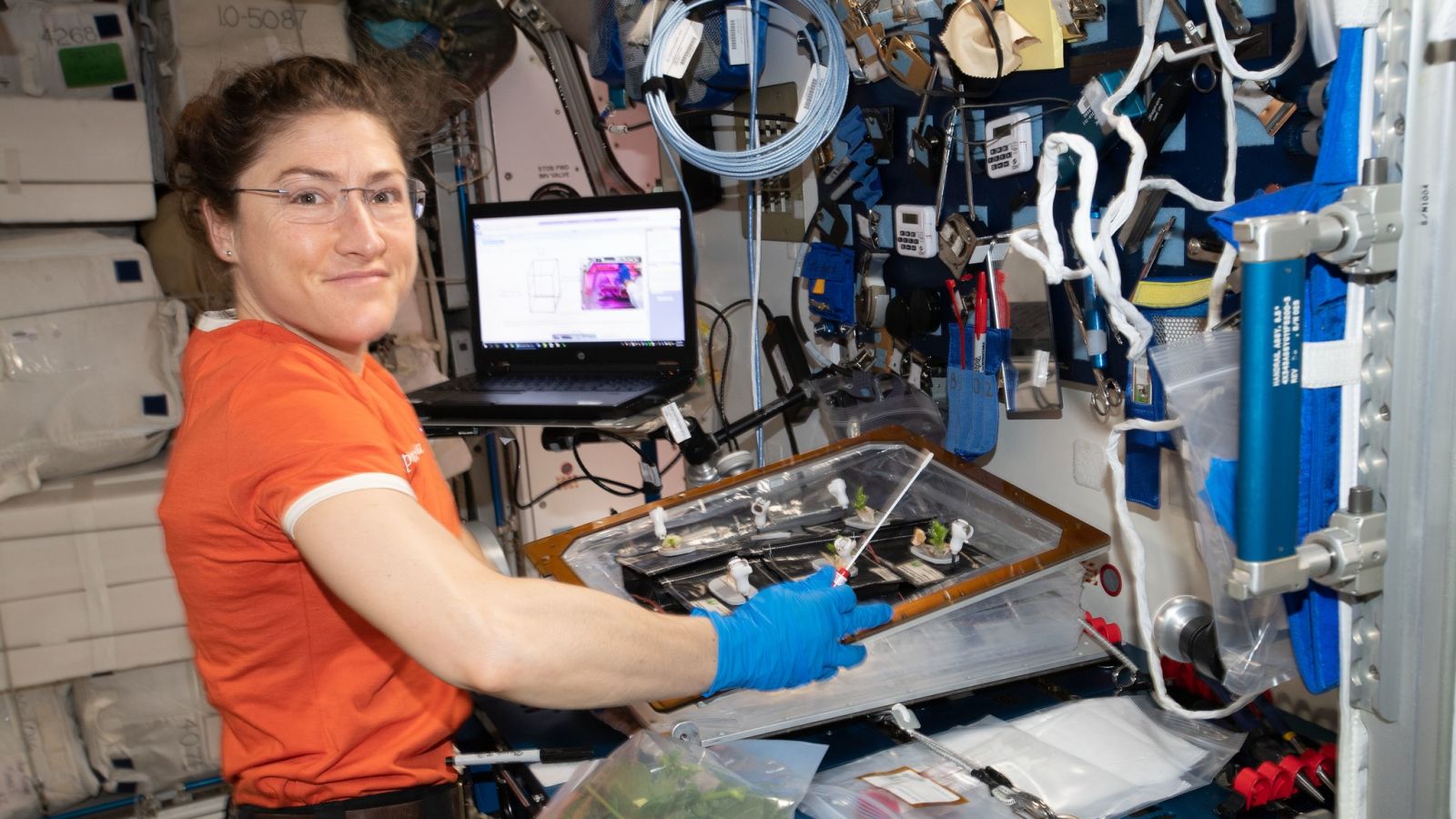 Having been aboard the International Space Station for about a month, NASA astronaut Christina Koch is set for an extended stay of about 11 months.

While Koch was already expected to spend extra time aboard the outpost, NASA and Roscosmos have made it official and moved the planned landing date of Soyuz MS-13—Koch’s ride home—from December 2019 to February 2020.

“I have known that this was a possibility for a long time and it’s truly a dream come true to know that I can continue to work on the program that I have valued so highly my whole life,” Koch said from the space station in a NASA interview. “To be able to contribute to that and to give my best every day to that for as long as possible is a true honor and a dream come true.”

This extension means Koch’s mission is now expected be “just shy” of the single-flight duration record for any NASA astronaut—340 days—and the longest for a woman, which is currently set at 288 days. Currently, NASA astronauts Scott Kelly and Peggy Whitson hold those records, respectively.

Additionally, another NASA astronaut is getting a mission extension. Andrew Morgan, who is launching to the outpost in July 2019, is expected to remain aboard the ISS until at least March 2020. Morgan is launching aboard Soyuz MS-13 and will trade his spot in that spacecraft with Koch for her return home. 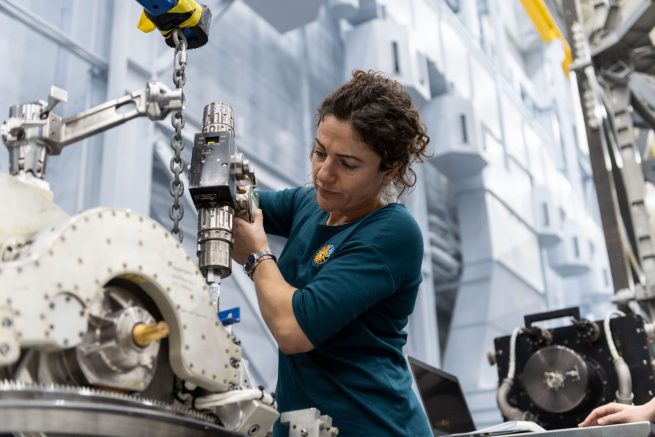 According to NASA, the updated flight assignments are as follows:

Kononenko, McClain and Saint-Jacques are expected to remain aboard the ISS until late June 2019. Upon their undocking, Hague, Koch and Ovchinin will transition to Expedition 60. They will be joined by the Soyuz MS-13 crew about a month later.

One of the reasons for the extended missions is because Russia has a contract with the United Arab Emirates to send one of its astronauts to the ISS on a short 10-or-so-day mission. This will involve a direct handover crew change between late September and early October when Soyuz MS-15 launches. 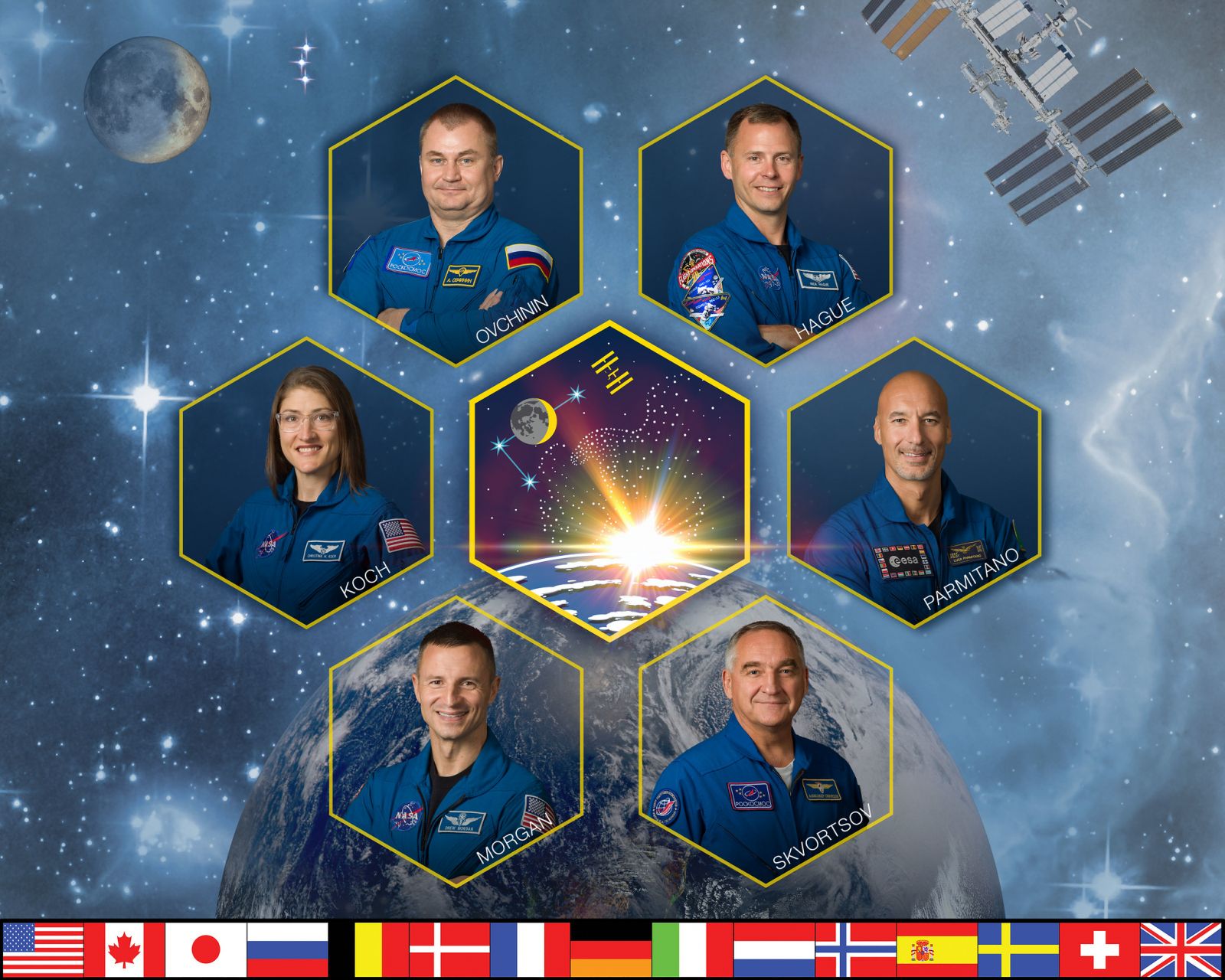 Access to space from US soil in 2019 in doubt

An added benefit of several NASA astronauts getting extended mission means a little more buffer time is added to the schedule before the last Soyuz flight with NASA astronauts is flown. This gives Commercial Crew Program companies Boeing and SpaceX additional time to develop their Starliner and Crew Dragon spacecraft, which are intended to return the capability of launching humans into space to the United States.

It may turn out that the extra time will be needed as both Boeing and SpaceX are experiencing delays relating to their respective spacecraft’s abort systems.

Last summer, Boeing experienced an issue during a test, according to Ars Technica. This, among other reasons, delayed its first uncrewed test flight to the ISS until at least August 2019 with a crewed flight sometime after that, likely in early 2020. In between those two flights of Starliner, a pad abort test is also expected to be performed.

This first full-up test flight of the Commercial Crew Program appeared to go flawlessly and the spacecraft splashed down in the Atlantic Ocean after a five-day stay at the ISS. 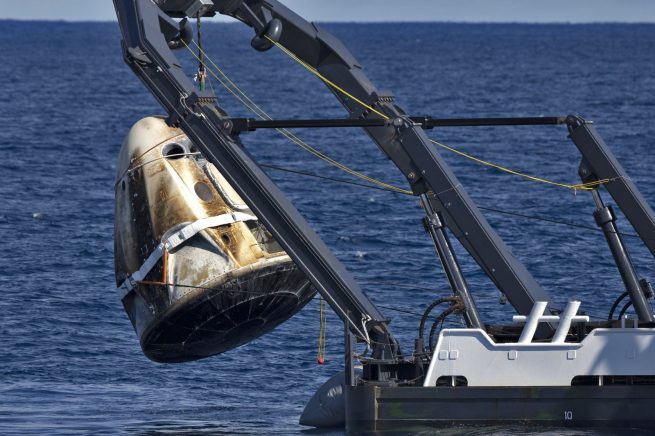 The Crew Dragon capsule that was used for the Demo-1 mission was expected to be refurbished and prepared for an in-flight abort test later this summer (SpaceX already performed a pad abort test in May 2015). However, during a static fire test on April 20, an “anomaly” occurred, causing a large reddish-orange cloud to be seen for miles around the Cape Canaveral, Florida, area, which was first reported by Florida Today.

According to a statement from SpaceX, this incident occurred at Landing Zone 1 where the capsule was being put through the static fire test.

While SpaceX did not say which capsule was being tested, a video was leaked via Twitter of what appeared to be the Demo-1 Crew Dragon exploding on a pedestal.

The company has not commented on the incident beyond its initial statement on April 20, which stated it was working with NASA to investigate the cause of the anomaly.

“The NASA and SpaceX teams are assessing the anomaly that occurred [April 20] during a part of the Dragon Super Draco Static Fire Test at SpaceX Landing Zone 1 in Florida,” NASA Administrator Jim Bridenstine said in a statement on the day of the incident. “This is why we test. We will learn, make the necessary adjustments and safely move forward with our Commercial Crew Program.”

Before April 20, SpaceX was planning a crewed Demo-2 mission as early as late summer or early fall 2019. It is unclear exactly how the incident will effect the schedule.

Right now, the last NASA astronaut manifested to fly aboard a Soyuz is Meir during Soyuz MS-15. She is expected to land in March 2020. However, earlier this year the agency was looking to purchase two additional seats to ensure U.S. access to the ISS until fall 2020. The status of that procurement is unclear.

According to NASA earlier in April, the space agency granted Boeing an extension to the duration of Starliner’s Crew Flight Test. As such, the first crew to fly aboard Starliner is expected to remain aboard the ISS for more than several days. Exactly how long is unclear. It is also unclear if this will count as a space station expedition.

Whether NASA will also grant a long-duration mission to the first astronauts to fly aboard Crew Dragon is also unclear.