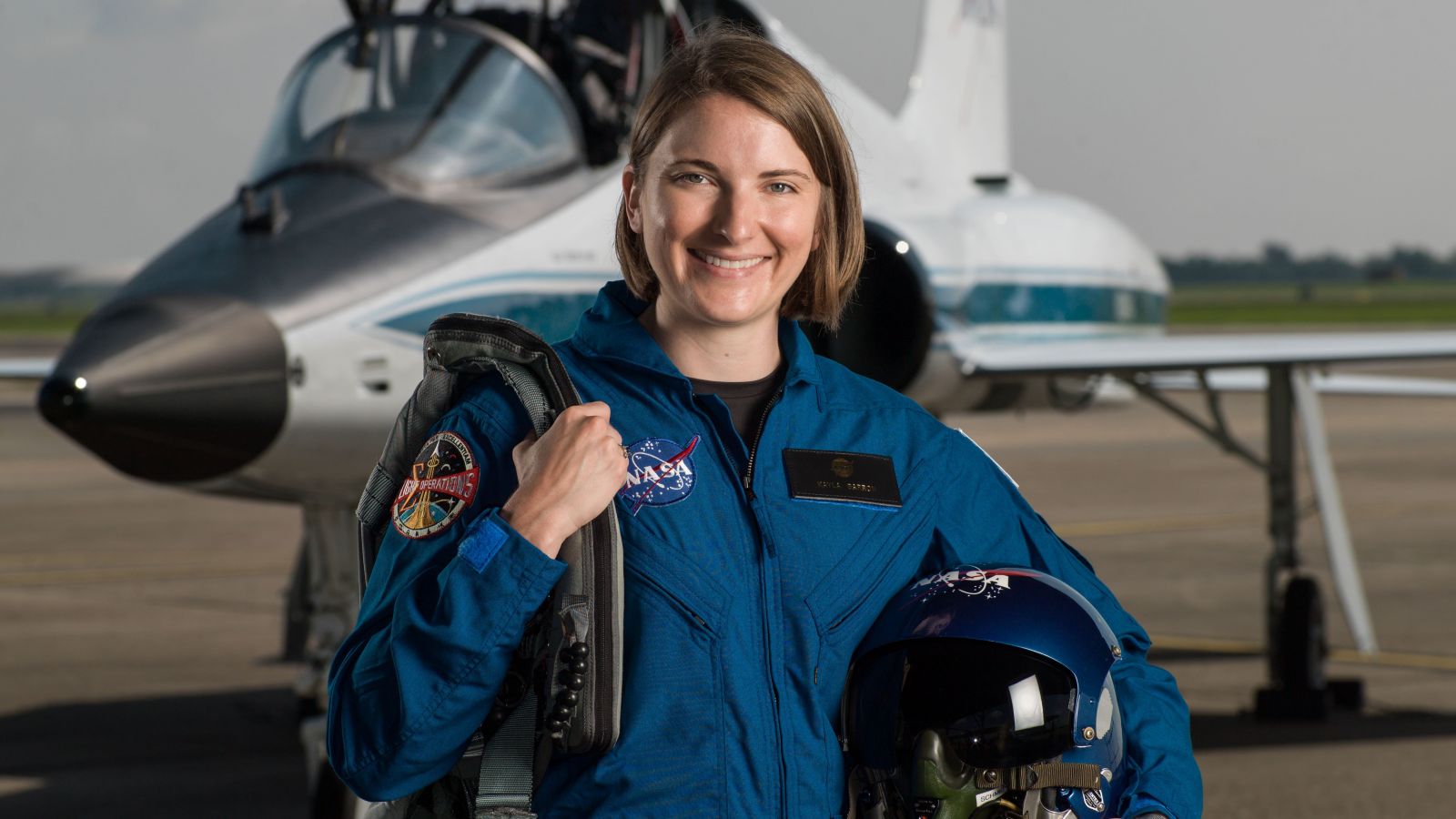 A photo of Kayla Barron when she was an astronaut candidate in 2017. Credit: NASA

While the Crew-2 mission has only just begun aboard the International Space Station, NASA is finalizing the astronaut selection for the next crew rotation mission to the outpost, Crew-3.

On May 17, 2021, NASA assigned the fourth seat for the Crew-3 Dragon mission to the ISS, slated to launch atop a Falcon 9 no earlier than Oct. 23 from Kennedy Space Center’s Launch Complex 39A in Florida.

Astronaut Kayla Barron has been assigned the fourth seat joining NASA astronauts Raja Chari and Tom Marshburn, as well as European Space Agency astronaut Matthias Maurer, to relieve the Crew-2 astronauts that arrived at the orbiting laboratory April 24 for a six month stay.

The Crew-3 astronauts will also have a six month stay on the station.

NASA wanted to keep the fourth seat open for a cosmonaut, ensuring there would always be one astronaut and one cosmonaut on the space station at all times should either the Soyuz or commercial crew spacecrafts be unavailable for an extended amount of time.

The U.S. space agency hoped under a “seat barter arrangement” a NASA astronaut would continue to fly on Soyuz in exchange for a Russian cosmonaut flying on a commercial crew vehicle.

By early spring 2021, though, it was apparent there would not be enough time for the assignment of a cosmonaut to Crew-3 and to complete all the training and NASA requirements for this mission.

“We haven’t completely given up on having a cosmonaut on Crew-3, but at this point, given the schedule, it would be really, really challenging to complete all the training and get the suit fitted and done for a cosmonaut on Crew-3,” Steve Jurczyk, at the time acting NASA administrator, said at an April 21 briefing at Kennedy Space Center ahead of the Crew-2 launch.

Rookie astronaut Kayla Barron, a naval officer, was selected in 2017 to the NASA astronaut class. She is also a member of the Artemis Team of NASA astronauts training for human Moon missions later this decade.