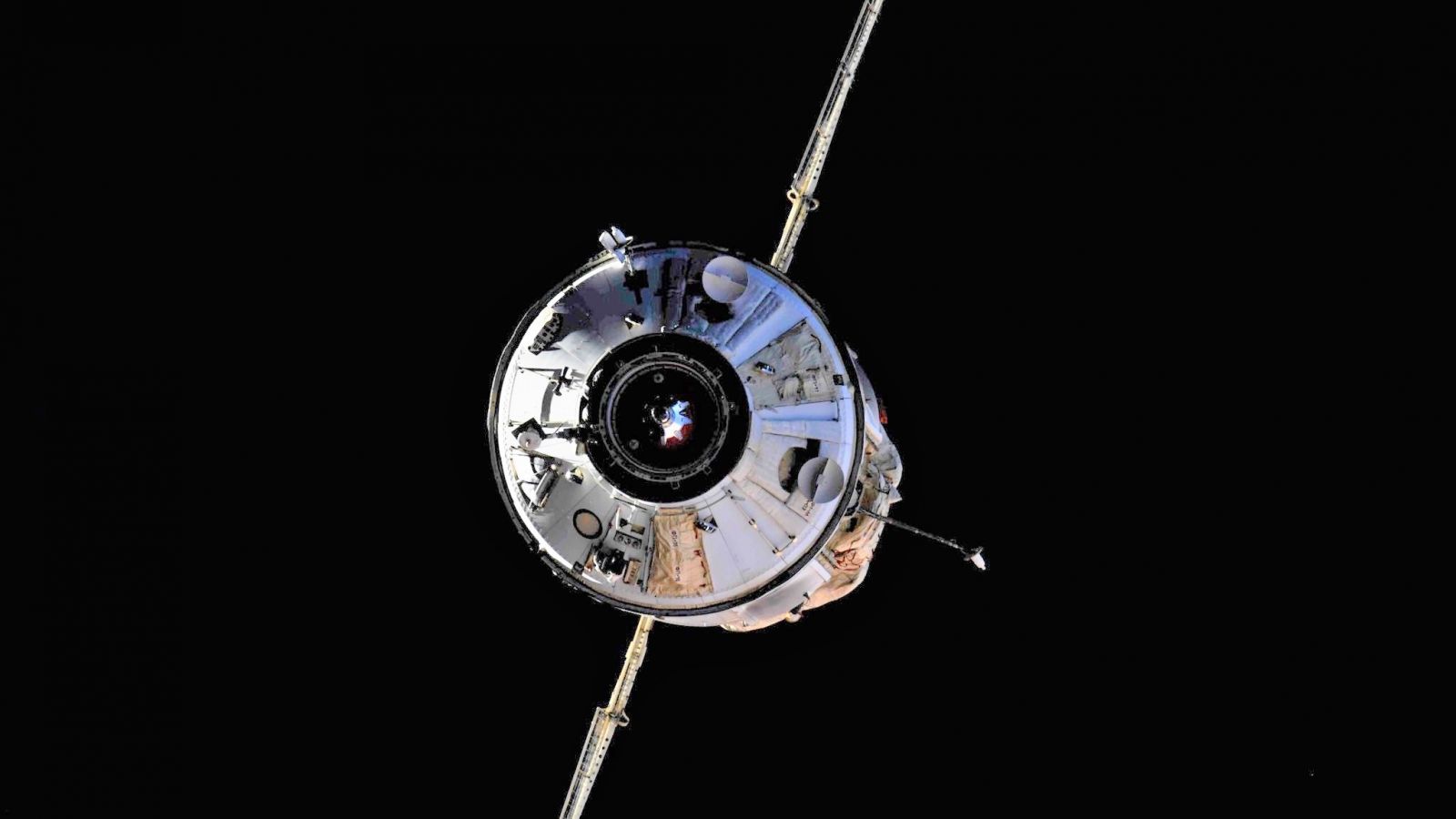 Docking took place at 9:29 a.m. EDT (13:29 UTC) July 29, 2021, at the space-facing port of the Zvezda module. This came some eight days after launching atop a Proton-M rocket on July 21 from Baikonur Cosmodrome in Kazakhstan.

“Congratulations, that was not an easy docking,” radioed Russian mission control in Moscow to the two cosmonauts aboard the ISS. 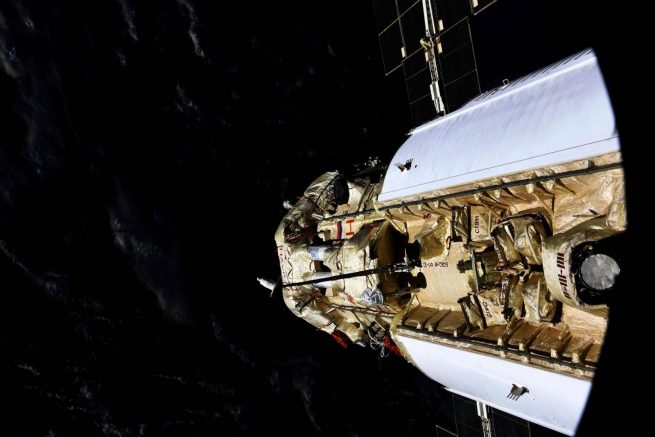 A docked Nauka module as seen through a window in the Zvezda module. Credit: Roscosmos

Over the next several hours, the two cosmonauts aboard the ISS, Expedition 65 flight engineers Oleg Novitsky and Pyotr Dubrov, are expected to verify various connections and perform leak checks between the ISS hatch and the new module.

Inside is an additional 2,500 cubic feet (70 cubic meters) of habitable volume for ISS crews. In addition to laboratory space, it includes a third Russian-segment sleep station as well as an additional toilet.

On the exterior is also a 37-foot-long (11.3-meter-long) European Robotic Arm, which will be able to support various tasks around the outside of the Russian side of the outpost.

In the coming couple months, several spacewalks are expected to be performed by the two cosmonauts to fully connect Nauka to the ISS. Additionally, a radiator and experiment airlock, which have been stored on the Rassvet module since 2010, will also be added to the new science module.

Nauka was supposed to launch in 2007. However, a number of issues caused all sorts of delays. The most notable was in 2013 when metal shavings were found in the module’s propellent lines, which necessitated a revamp of the system. 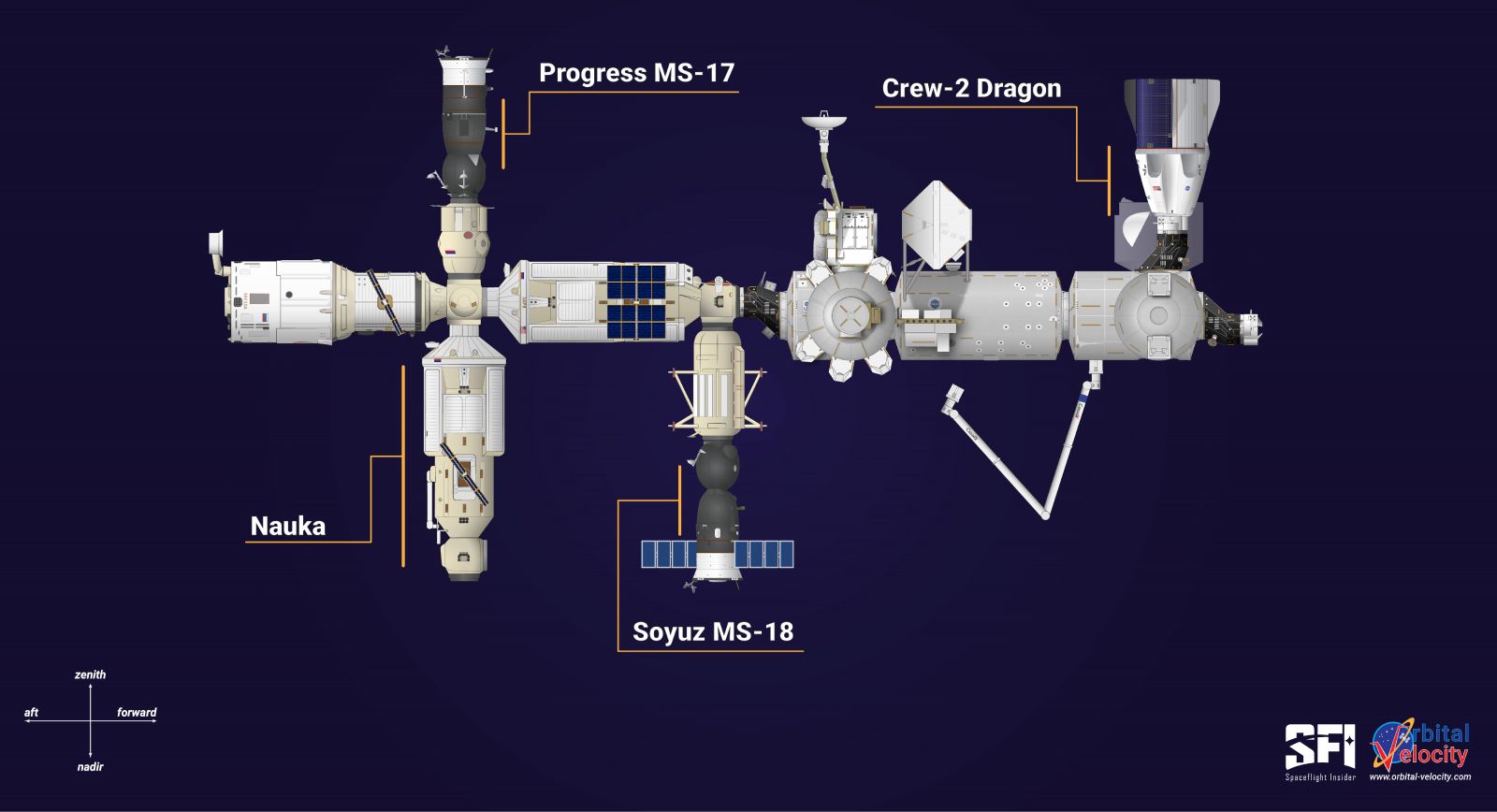 Even when the module was finally launched into orbit, there were various problems with it as it began its trek to the ISS.

According to NASASpaceflight.com, shortly after reaching orbit, there were issues with the modules communications and propulsion systems. These were eventually resolved. 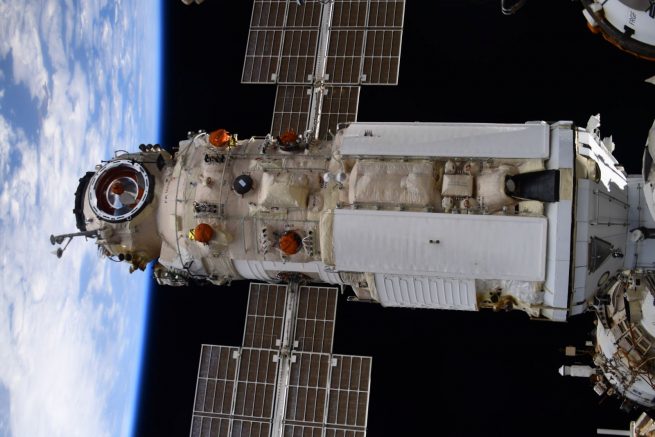 Nauka as seen from the Cupola module on the U.S. side of the ISS. Credit: NASA

Additionally, when Nauka was approaching the ISS and less than an hour from its planned docking, it was noticed the module wasn’t quite on the correct course. This required a retro burn to correct the problem.

Moreover, there appeared to be a connection issue with the TORU manual docking system. However, that seemed to be resolved before the final approach.

While Nauka was expected to autonomously dock to the ISS, TORU appeared to be used during the last 30 feet (about 10 meters) as Novitsky took manual control to guide the school bus-sized module into the docking port.

However, according to CBS News space correspondent Bill Harwood on Twitter, it appears Novitsky may not have actually fully activated TORU before the automated system completed docking. Regardless, the module safely made it to the port and was captured successfully by the docking mechanism.

To make way for Nauka, the 20-year-old Pirs module had to be discarded. That was done so on July 26 when Progress MS-16 pulled away with the module, making it the first major ISS component to be decommissioned.

Pirs and Progress MS-16 was deorbited to burn up in Earth’s atmosphere several hours later.

Later this year, likely around November, Russia plans to launch an additional module to the outpost. Called Prichal, this small node module will be attached to the nadir port of Nauka, giving the Russian segment an additional four docking ports for any future potential expansion.