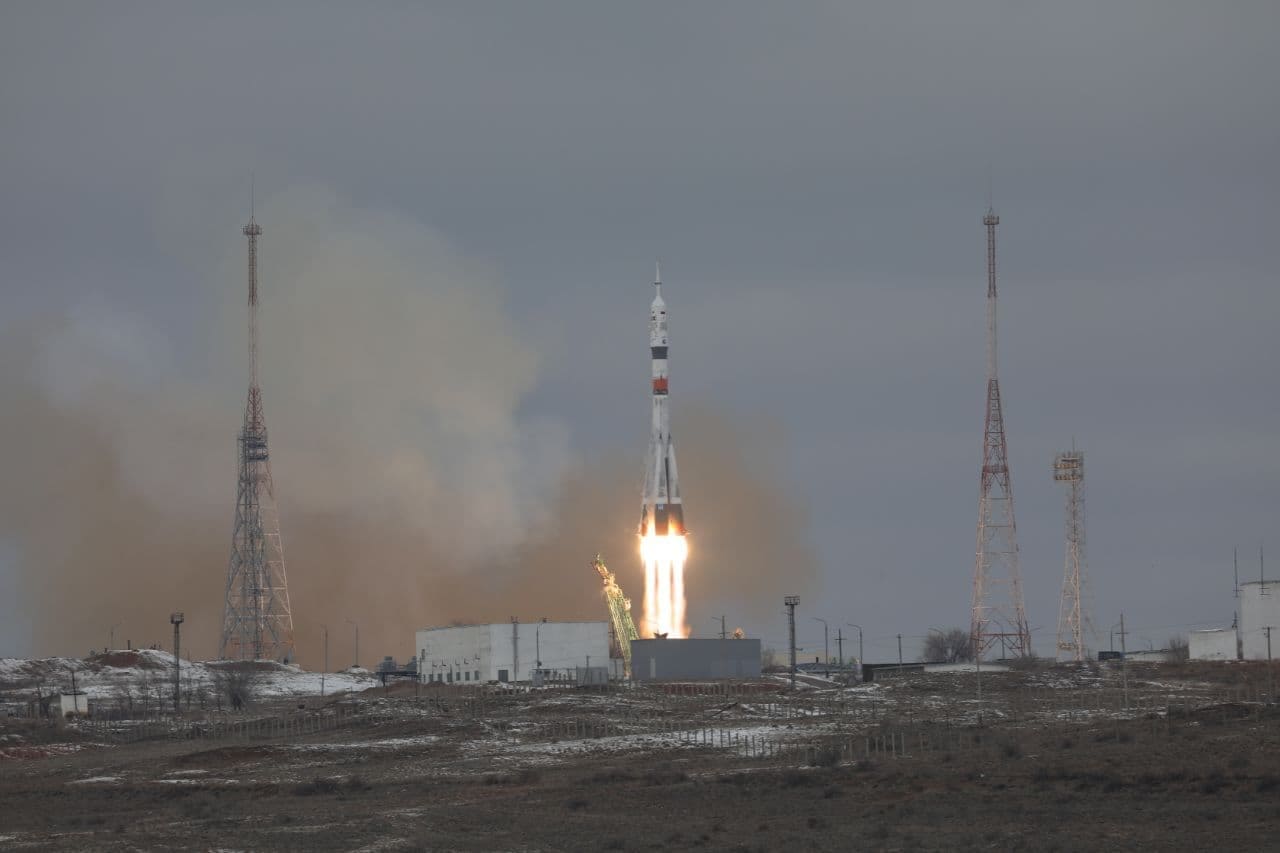 Three people, including a Japanese billionaire, launched to the International Space Station for an 11-day stay aboard the orbiting laboratory, the first tourist mission at the outpost since 2009.

Liftoff occurred at 2:38 a.m. EST (07:38 UTC) Dec. 8, 2021, atop a Soyuz 2.1a rocket from Baikonur Cosmodrome in Kazakhstan. Eight minutes later the Russian-built spacecraft reached orbit to begin its 6-hour chase of the football field-sized orbiting laboratory.

Soyuz MS-20 reached the ISS and docked with the outpost’s space-facing Poisk module at about 8:40 a.m. EST (13:40 UTC) while the vehicles were flying some 260 miles (420 kilometers) over the Atlantic Ocean.

All 10 occupants then gathered in the Russian Zvezda service module for a news conference and welcoming ceremony, as is tradition for all new arrivals at the ISS.

Misurkin, 44, is the commander of the Soyuz MS-20 crew. This is this third spaceflight and first short-duration spaceflight. His previous two flights in 2013 and 2017-2018 were each just under six months long for a combined total of just over 334 days.

The job of this professional Russian cosmonaut is to pilot the Soyuz MS-20 spacecraft that brought 46-year-old Japanese billionaire Maezawa and 36-year-old Hirano to the ISS. 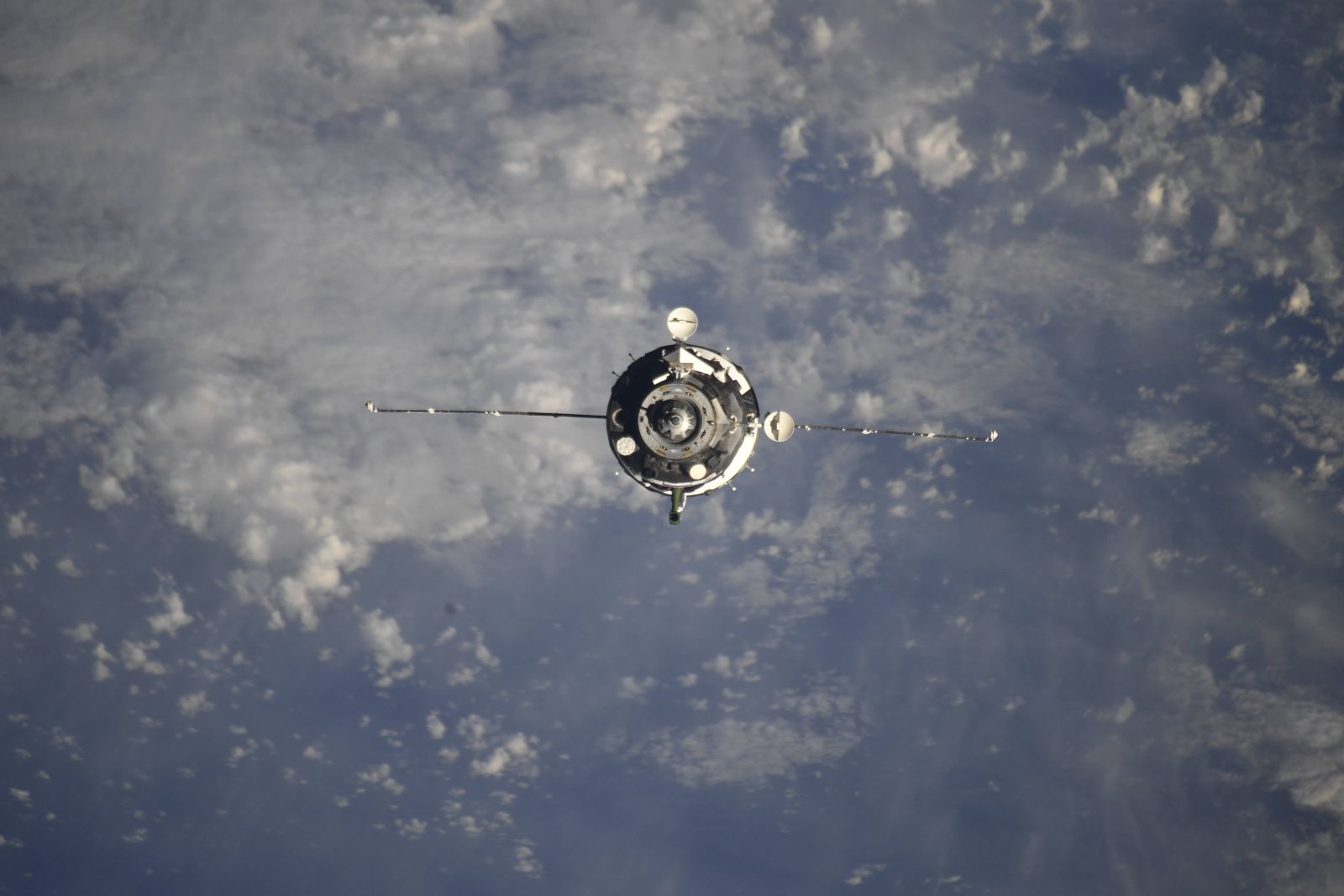 Maezawa’s name may sound familiar as he is also partially funding SpaceX’s Starship program with the hope to use one of those vehicles to go on flyby around the Moon with several artists. It is part of a project he has called #dearMoon, which was announced in 2018 with the goal of flying by 2023.

The exact status of the #dearMoon project is unclear for a number of reasons, the least of which is the timeline of the development of the Starship Launch System, which is unlikely to be ready in time for the initial target date of 2023.

An avid art collector, Maezawa is a Japanese billionaire who made his fortune as an entrepreneur by launching the online fashion retail website Zozotown in 2004. According to Forbes, he is estimated to be worth around $2 billion.

The person joining Maezawa for the Soyuz MS-20 mission, the seat of which was also paid for by the billionaire, is Hirano, Maezawa’s production assistant. He is expected to help document the flight for future projects on the ground, such as his YouTube channel.

It is not known exactly how much Maezawa’s trip with his producer cost the billionaire. However, Reuters has said some reports put the price as high as $50 million per seat, which would be lower than the $90 million that was charged for NASA astronauts, likely because space tourists require less training and are flying for shorter durations, according to Spaceflight Now.

For the next 11 days, the Soyuz MS-20 visitors are expected to remain aboard the outpost performing experiments and documenting their time aboard the 21-year-old multinational complex before reboarding their spacecraft to return to Earth. Undocking is slated for 6:54 p.m. EST (23:54 UTC) Dec. 19, with a deorbit burn and landing slated several hours later.

This mission is the first dedicated tourist flight to the International Space Station, and the first non-state-sponsored spaceflight participants to visit the outpost since Canadian tourist Guy Laliberte visited the complex aboard Soyuz TMA-16 in September 2009. 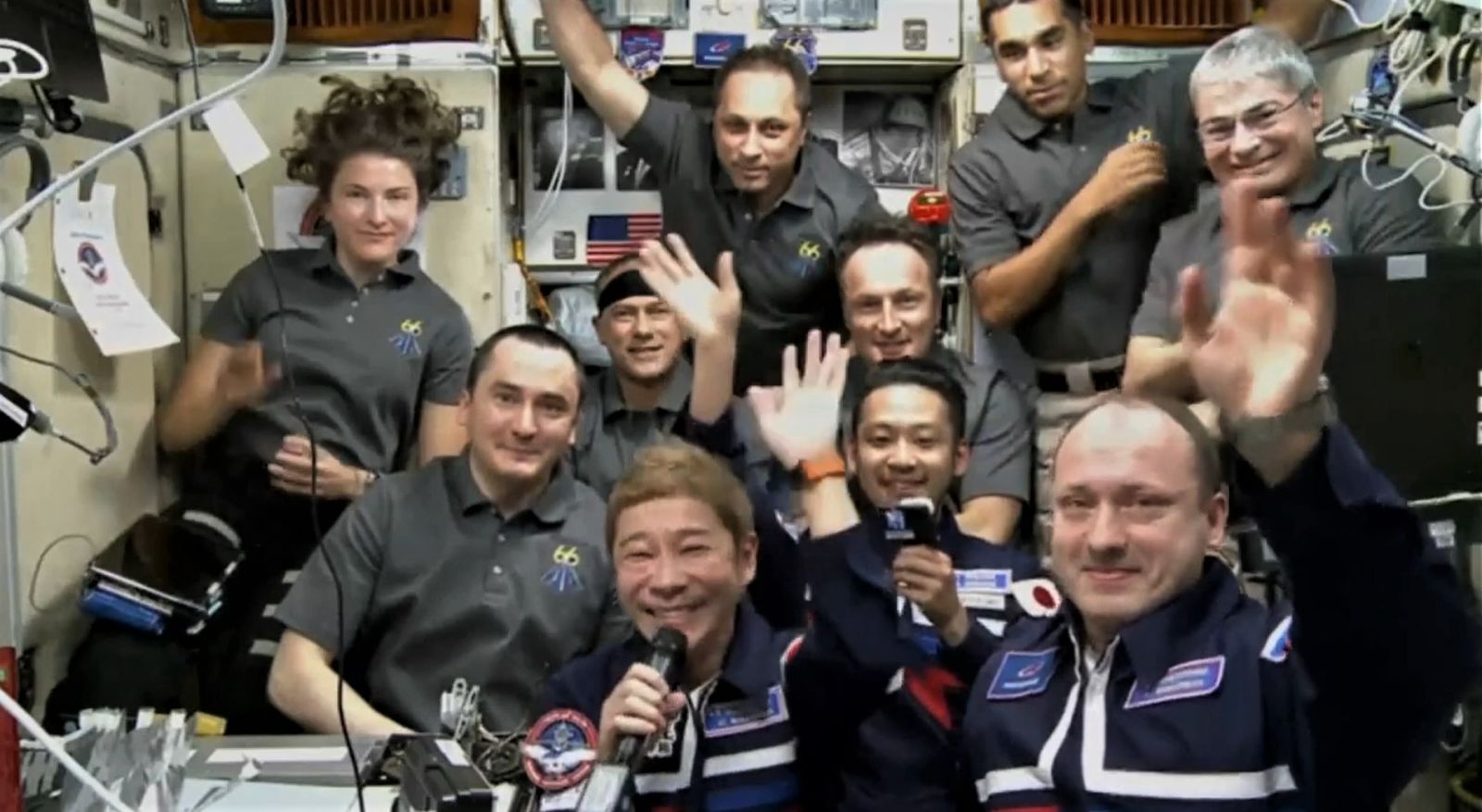 All 10 occupants of the International Space Station gather in the Zvezda service module after the Soyuz MS-20 trio enter the outpost. Credit: NASA

Before Soyuz MS-20, tourist flights involved sending one paying customer to the ISS in an unallocated third seat of the Soyuz spacecraft meant for a ISS expedition crew rotation mission. The participant would launch in one spacecraft, change their seat liner to the departing crew’s Soyuz, then return home about a week later.

Between the end of the space shuttle program in 2011 and the start of active NASA Commercial Crew Program flights in 2020, Russia needed to fly four Soyuz spacecraft per year in order to maintain the outpost’s population at around six people.

Now that NASA’s Commercial Crew Program has one spacecraft regularly sending astronauts to the ISS, with a second vehicle expected to come online in the next year or two, this frees up several Soyuz spacecraft per year for non-crew rotation missions.

These tourist flights are primarily organized by an American company called Space Adventures. At least one more commercially-dedicated Soyuz flight is expected to occur in the near-term, likely in December 2022. It’s details are not yet known.

Called Axiom Mission 1, that crew is expected to dock with the U.S. side of the ISS for a stay of about 10 days before returning to Earth.

It’s worth noting that between 2001 and 2009, seven private individuals rode Soyuz spacecraft into orbit for about a week-long stay aboard the ISS with one person, Charles Simonyi, taking the journey twice (once in 2007 and another in 2009).

In 2021 alone, four spaceflight participants visited the ISS (one with a state-sponsored actress and director in October, and the Soyuz MS-20 mission). Additionally, four private individuals flew on a solo flight around Earth for three days as part of the Inspiration4 mission.