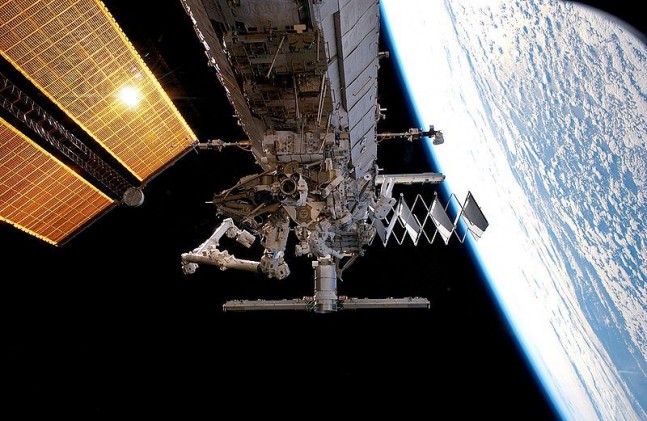 Flight controllers working on Earth for the International Space Station (ISS) are investigating a power failure that occurred in the space station’s 3A power channel on Thursday, May 8. NASA officials have stated that the power issue will not impact the departure of the Expedition 39 crewmembers on Tuesday, May 13. The space agency also stated that the issue poses no danger to either the crew or the station.

The 3A power channel that experienced the technical issue runs power to the orbiting laboratory via its connection to the solar arrays attached to the S3/S4 truss assemblies. Astronauts aboard Space Shuttle Atlantis installed this truss section back in June of 2007 as part of mission STS-117.

Power was seamlessly converted for most of the systems from this faulty 3A power channel to the 3B channel, which is currently working as a backup without any apparent issues. Ground crews are also assessing impacts that may arise from this transfer in power such as backup heater power for the station’s external robotic system.

ISS is now running on seven of its eight remaining power channels and all systems are currently operational. Expedition 39/40 crewmembers are working normally on planned payload operations in preparation for the upcoming Soyuz undocking and departure, as ISS Mission Control located in Houston, Texas looks into what caused this failure and how to possibly fix it.

Current commander, Japanese Aerospace Exploration Agency (JAXA) astronaut Koichi Wakata, NASA astronaut Richard Masracchio, and Russian cosmonaut Mikhail Tyurin will depart from the ISS after spending half a year in orbit. NASA astronaut Steven Swanson will officially take command of the ISS. It could then fall on him and the other members of the Expedition 40 crew to resolve this problem.

Elements of the ISS have been on orbit for sixteen years, with the first two segments arriving on orbit aboard a Russian Proton rocket and Space Shuttle Endeavour on mission STS-88. The space station recently saw its operational life extended through 2024. In the past year, several issues have cropped up with among other things, the space station’s coolant system as well as its Multiplexer/Demultiplexer (MDM).