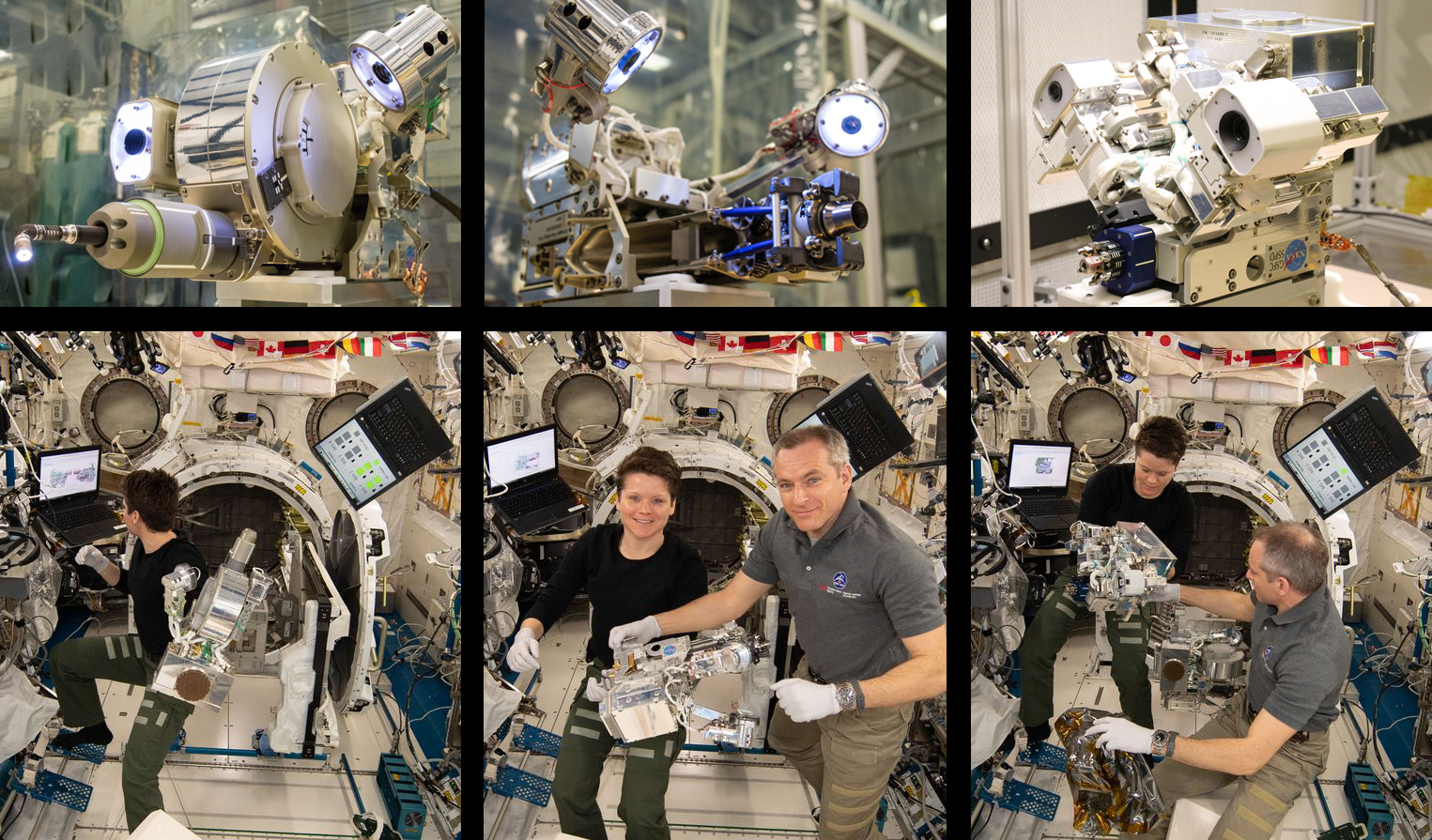 If humans are ever to settle the Solar System sustainably, a number of technologies will need to be perfected, including in-space refueling.

As such, NASA created the Robotic Refueling Mission (RRM), a series of experiments designed to understand and perfect technologies for robotic propellant transfer and help extend the life of spacecraft.

The first “phase” was launched aboard the final Space Shuttle mission, STS-135, in 2011 and was attached to an experiment platform on the exterior of the International Space Station.

“Any time we get to extend our stay in space is valuable for discovery,” Beth Adams Fogle, RRM3 mission manager in NASA’s Technology Demonstration Missions program office at Marshall Spaceflight Center in Huntsville, Alabama, said in an agency news release in November 2018. “RRM3’s ability to transfer and store cryogenic fluid could alter our current fuel constraints for human exploration.”

The first phase of RRM was designed to demonstrated procedures and equipment needed to refuel spacecraft that were not designed for in-space refueling. This involved using tools attached to the Canadian-built Dextre robotic hand, an accessory to the 57.7-foot (17.6-meter) Canadarm2 to remove end caps and clip wires that were never meant to be serviced in orbit. 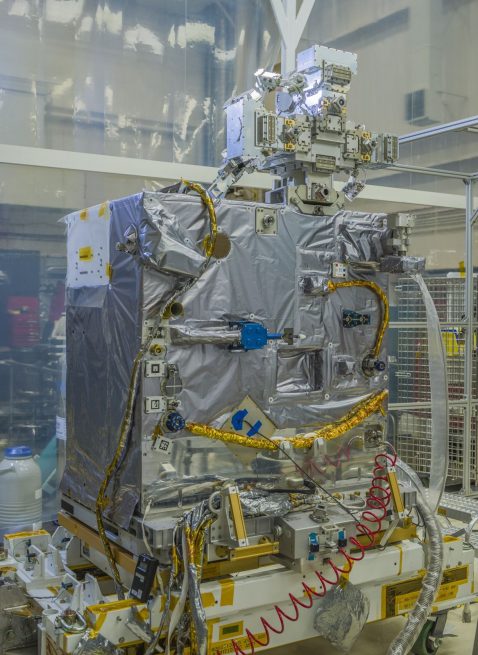 The RRM3 mission and its tool pedestal as seen before launch. Photo Credit: NASA

Phase 1 was completed in 2013, making way for phase 2, the hardware of which was launched launched in mid-2013 and 2014. The mission of phase 2 was to test additional hardware, including an “On-orbit Transfer Cage” and an inspection borescope.

Once the “transfer cage” was moved and attached to the RRM module in early 2015, it was designed to test the procedures for transferring propellant right up to the point before an actual transfer, something that is set to occur during the RRM3 mission.

After phase two was completed, the full RRM module and its accessories were removed and placed into the trunk of SpaceX’s CRS-10 Dragon capsule for disposal. Once the spacecraft performed a deorbit burn, the trunk separated and burned up, as planned, over the Pacific Ocean.

The new RRM3 module, which NASA said is the size of a washing machine, was delivered to the station aboard SpaceX’s CRS-16 Dragon mission in December 2018. The experiment was then moved to Express Logistics Carrier 1.

It’s main goal, according to NASA, is to perform cryogenic liquid methane transfer in microgravity and maintain fluid mass for six months with zero boil-off.

Additionally, RRM3 is expected to demonstrate a compact thermal imager by observing smoke and fires on Earth, and test out algorithms used to enhance a spacecraft’s “vision” to aid in autonomous rendezvous or tool positioning.

The main module may have been attached to the station’s truss, but three custom tools and a pedestal needs to be attached to that module.

These tools were assembled by NASA astronaut Anne McClain and Canadian Space Agency astronaut David Saint-Jacques. They included a multi-function tool, which itself includes even smaller “specialized tools” to prepare for fluid transfer; a cryogen servicing tool, which includes a hose to connect the empty tank to the tank filled with liquid methane; and a visual inspection camera, which will ensure the tools are properly aligned.

According to NASA, the main RRM3 module houses the fluid, transfer lines and tanks. Once the tools and pedestal are moved outside the station, via the Kibo module equipment airlock, Dextre will be used to attach them to the main module.

From there, the main experiment can begin. NASA said operations are expected in the next few months and will see Dextre use the tools to transfer cryogenic fuel—in this case, liquid Methane—from one tank to the other.

According to NASA’s Satellite Servicing Projects Division at NASA’s Goddard Space Flight Center, which manages the RRM3 mission, demonstrating these techniques can help future explorers of the Moon and Mars as in situ resource utilization (involving harvesting resources to create mission critical items such as hydrogen and oxygen from water ice) would likely require some form of transfer between spacecraft.

In fact, NASA’s plan to return humans to the surface of the Moon involves human lander elements that are capable of being refueling in cislunar space at the proposed Lunar Gateway and, eventually, on the lunar surface.

This is very interesting. NASA (via SpaceX and perhaps Blue Origin) will soon achieve on demand orbital refueling of space craft. This will usher in a critical component of space infrastructure and travel — exciting.