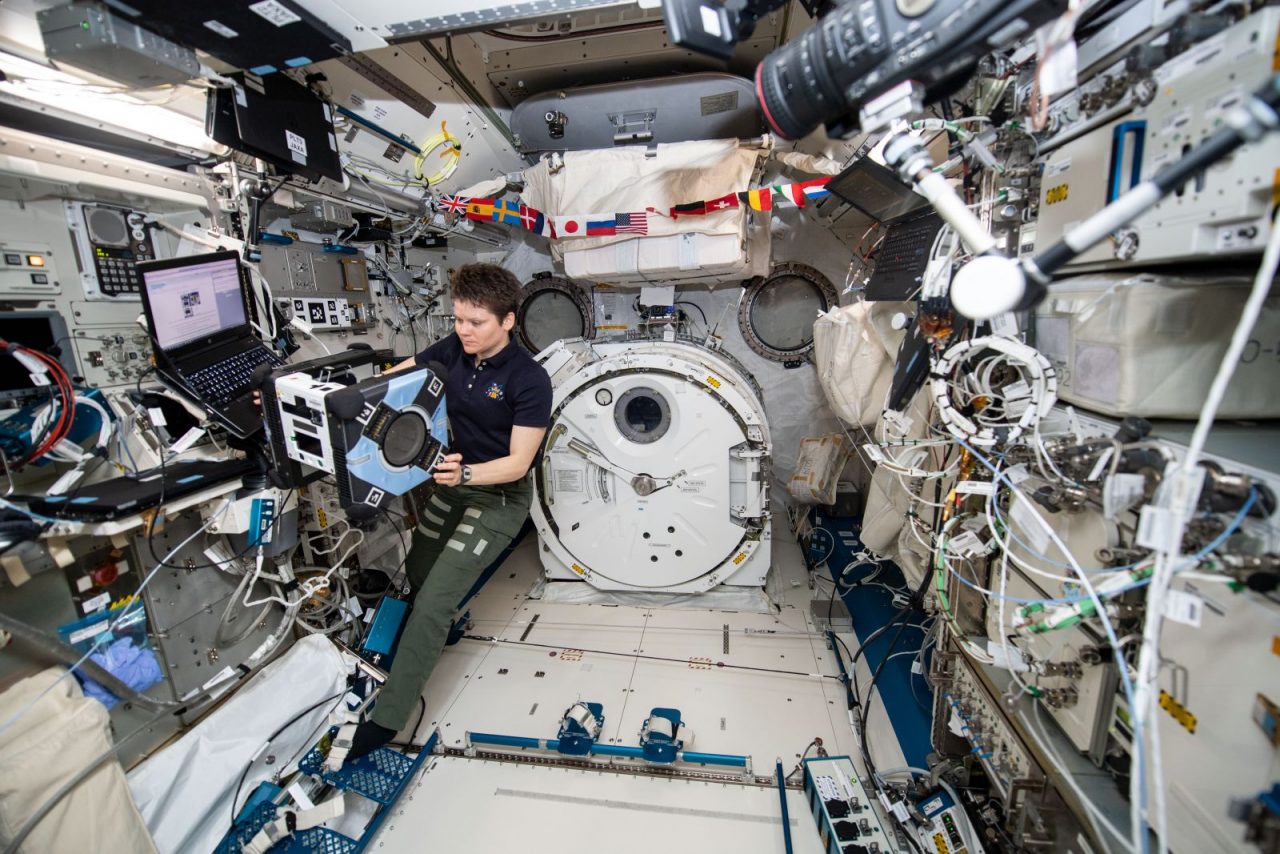 NASA astronaut Anne McClain performs the first series of tests of an Astrobee robot, Bumble, during a hardware checkout. To her right is the docking station that was installed in the Kibo module on the International Space Station on Feb. 15. Photo Credit: NASA

After unpacking the robot and placing it in a docking station inside the space station’s Kibo module, McClain worked with the Astrobee team at NASA’s Ames Research Center in California to confirm all of the robots subsystems, including avionics, cameras, propulsion and docking for power, were functioning normally.

Bumble and its fellow robot Honey, are expected to begin flying inside the station this year. Commissioning of the entire system is expected to be complete by fall 2019

Astrobee builds on the legacy of the Synchronized Position Hold, Engage, Reorient, Experimental Satellite (SPHERES) system, the current robotic research platform aboard the space station. Once the Astrobee devices have been fully commissioned, they will replace SPHERES in this role.

The cube-shaped Astrobee robots use electric fans to fly freely throughout the space station. They can “see” and navigate their surroundings using cameras and sensors. They are also equipped with a perching arm, which allows them to grasp station handrails or grab and hold small objects.

Astrobee is being used to study how robots can assist astronauts and perform routine caretaking tasks on spacecraft. The free-flying devices can work either autonomously or via remote control by astronauts or ground-based flight controllers. Initial experiments using Astrobee are expected to begin in 2020.