CRS-24 Dragon arrives at space station with supplies and science 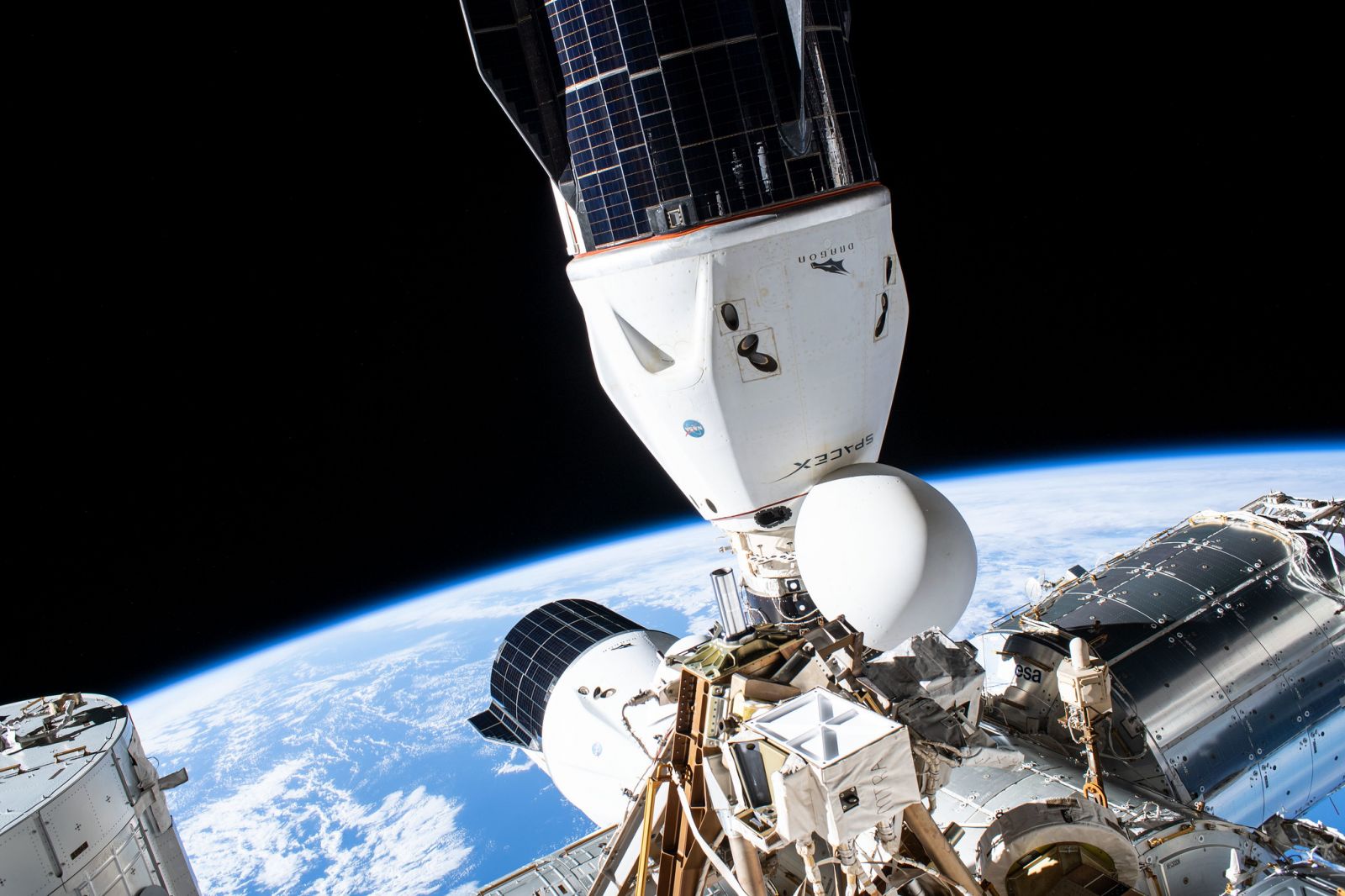 A file photo of the last time a crew and cargo spacecraft were both docked at the International Space Station in September 2021. For the CRS-24 mission, the spacecraft docked to the space-facing port of the harmony module. Credit: NASA

Docking took place at 3:41 a.m. EST (08:41 UTC) Dec. 22, 2021, at the space-facing port on the Harmony module, located at the forward end of the space station. While the operation was completely autonomous, it was monitored by Expedition 66 flight engineers Raja Chari and Thomas Marshburn, both NASA astronauts.

This was about a day after the spacecraft launched atop a Falcon 9 rocket from NASA’s Kennedy Space Center in Florida. It was the third and final cargo Dragon resupply mission to the ISS in 2021. 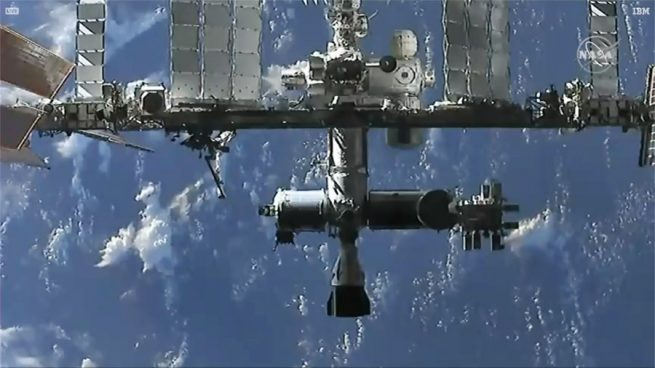 A view of the International Space Station as the CRS-24 Dragon was lining up for docking at the space-facing port of the Harmony module. Credit: NASA

CRS-24 Dragon has aboard it some 6,500 pounds (3,000 kilograms) of crew supplies, science experiments and hardware, including about 2,000 pounds (900 kilograms) of unpressurized equipment in the spacecraft’s trunk section.

In particular, the trunk of Dragon contains the Compact Ocean Wind Vector Radiometer, COWVR, which is designed to measure the speed and direction of ocean surface winds. Also in the trunk is the Temporal Experiment for Storms and Tropical Systems, or TEMPEST, which aims to study atmospheric humidity.

COWVR and TEMPEST will be removed from the trunk in the coming weeks via the robotic Canadarm2 remote manipulator system. The external experiments will be installed on the Japanese exposed facility, which is connected to the Kibo module.

According to NASA, the experiments in the pressurized capsule include a cancer treatment study and a handheld bioprinter.

CRS-24 Dragon is expected to remain at the ISS for about a month. During that time, its crew supplies and science hardware will be unloaded and it’ll be reloaded with equipment and experiments destined to return to Earth.

Around late January 2022, CRS-24 will undock and return to Earth, splashing down off the coast of Florida to be recovered and eventually reused.