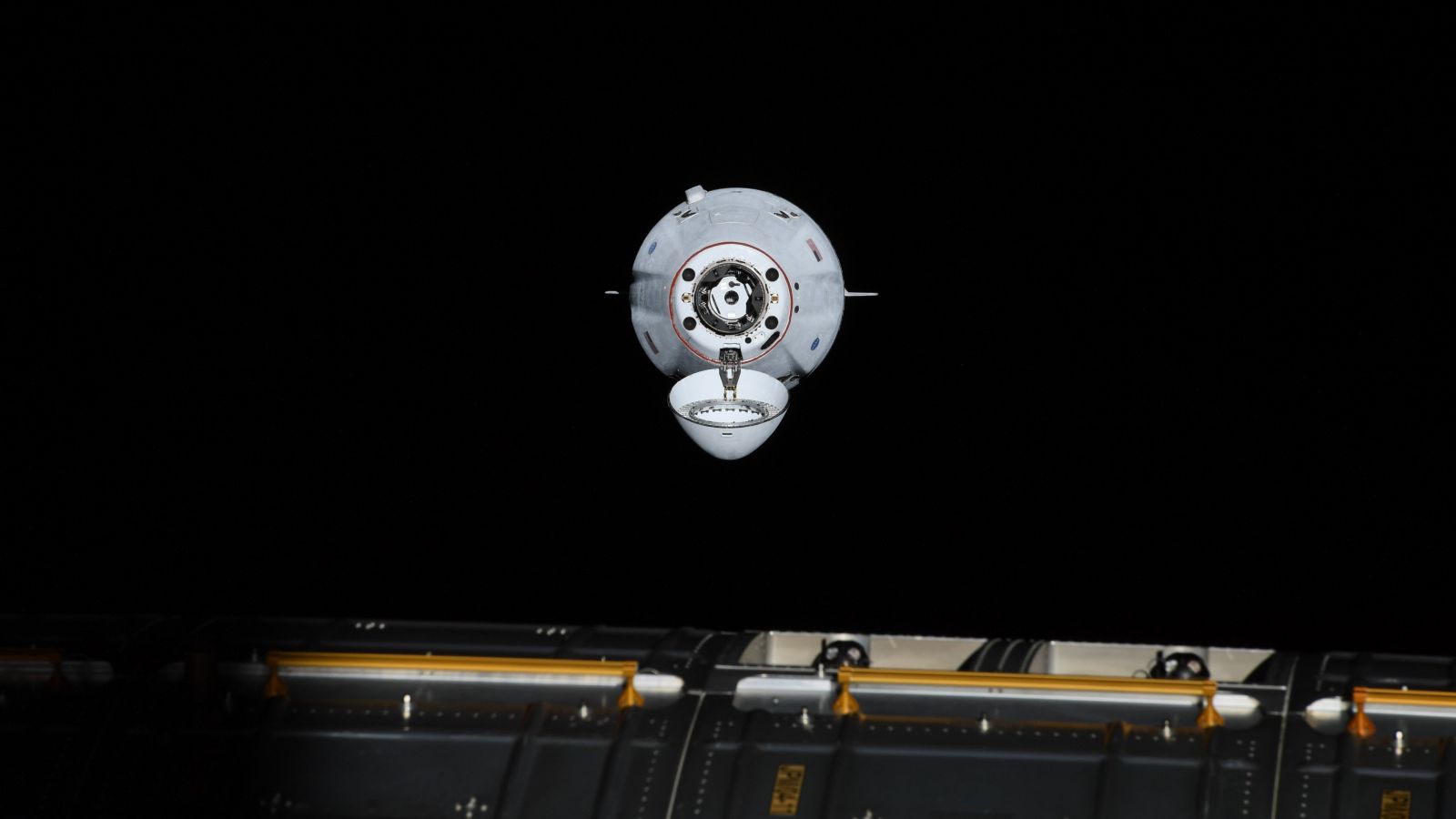 A day after leaving Florida atop a SpaceX Falcon 9 rocket, the CRS-23 Dragon resupply spacecraft docked to the International Space Station. 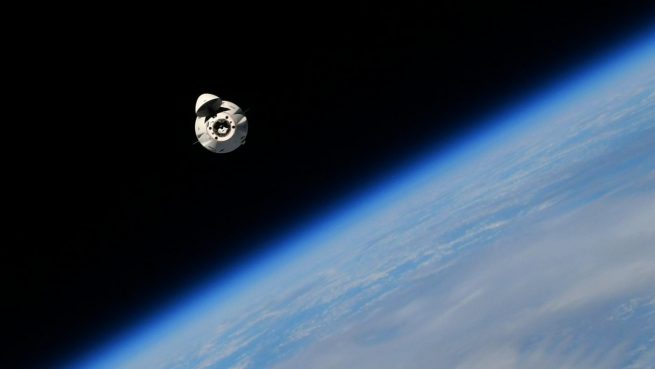 “Congratulations to NASA and the SpaceX teams,” McArthur said over the space-to-ground radio loop. “Many thanks. No one’s ever sent me a spaceship for my birthday before. I appreciate it.”

McArthur, currently on her second trip into space and on her first long-duration stay in orbit, is celebrating her 50th birthday. As such, among the multitude of science experiments and station equipment is a shipment of ice cream and other treats, according to the Associated Press.

The CRS-23 mission is using the same capsule that flew to the ISS for the CRS-21 mission between December 2020 and January 2021.

While the previous two cargo Dragon spacecraft docked with the space-facing port of the Harmony module, this one docked at the forward port. 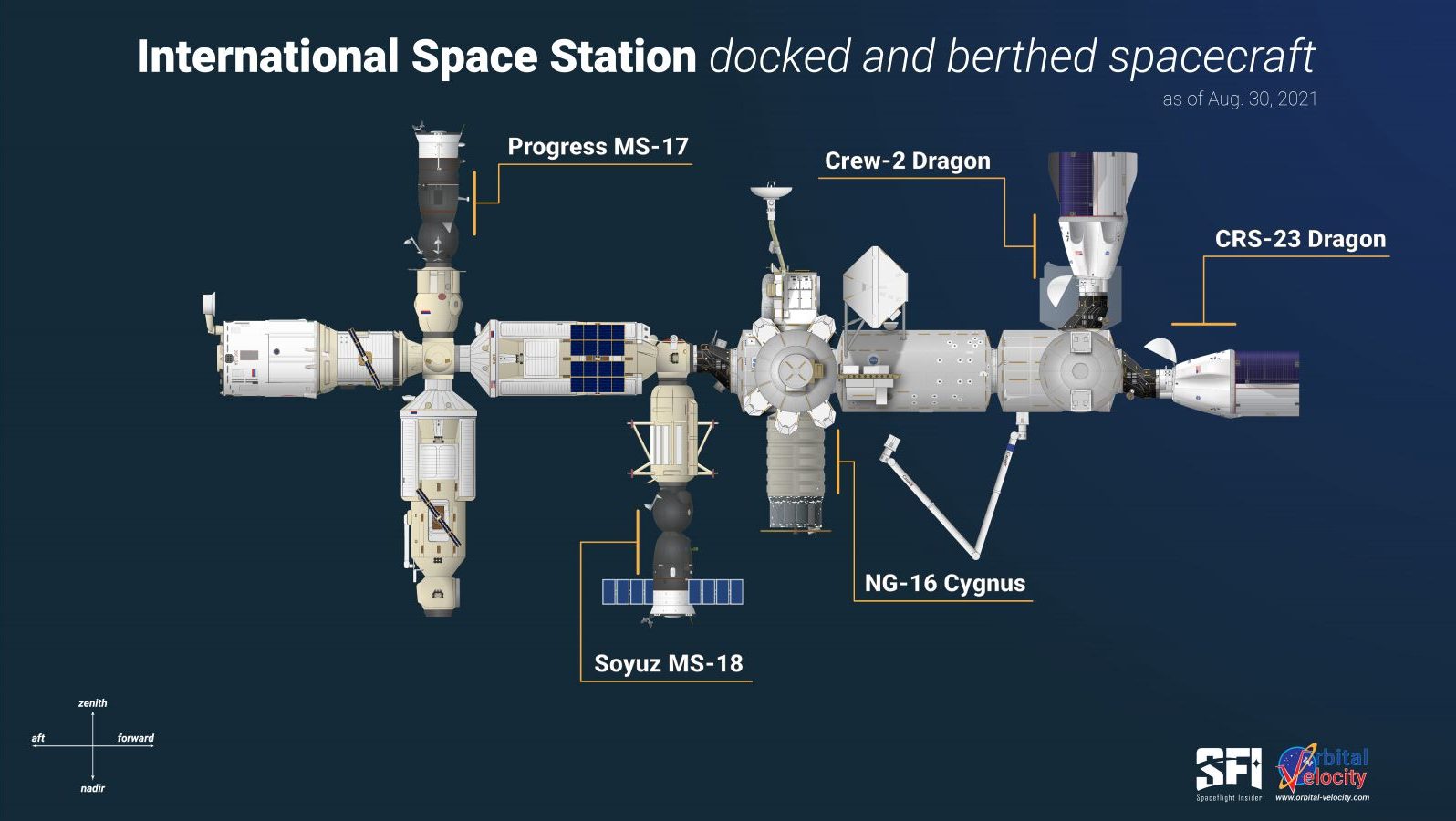 The docking configuration of the ISS as of CRS-23’s docking on Aug. 30, 2021. Credit: Derek Richardson / Spaceflight Insider / Orbital Velocity

The Crew-2 Dragon is currently located at the space-facing port where it was relocated from the forward port in late July. This was done to make room for the second uncrewed Starliner flight test. However, that mission has been postponed indefinitely.

Rather than risking another port relocation maneuver, and because there is no hardware in the cargo Dragon’s trunk that needed extraction by the outpost’s robotic arm, the forward port was utilized. 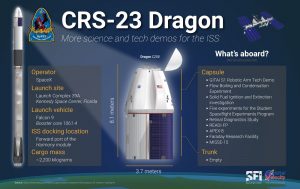 CRS-23 Dragon is expected to remain at that location until its departure in either late September or early October.

Also aboard is a new Nanoracks-GITAI Robotic arm that is expected to demonstrate its microgravity versatility in both the pressurized environment of the Nanoracks Bishop airlock as well as in the vacuum of space when the airlock is detached.

You can read more about the science aboard the CRS-23 Dragon here.

At the end of CRS-23’s month-long mission, it’ll undock from the space station and begin the process of autonomously returning to Earth. It’s expected to perform a deorbit burn before undergoing a parachute-assisted splashdown off the coast of Florida.