CRS-21 cargo Dragon splashes down off the Florida coast 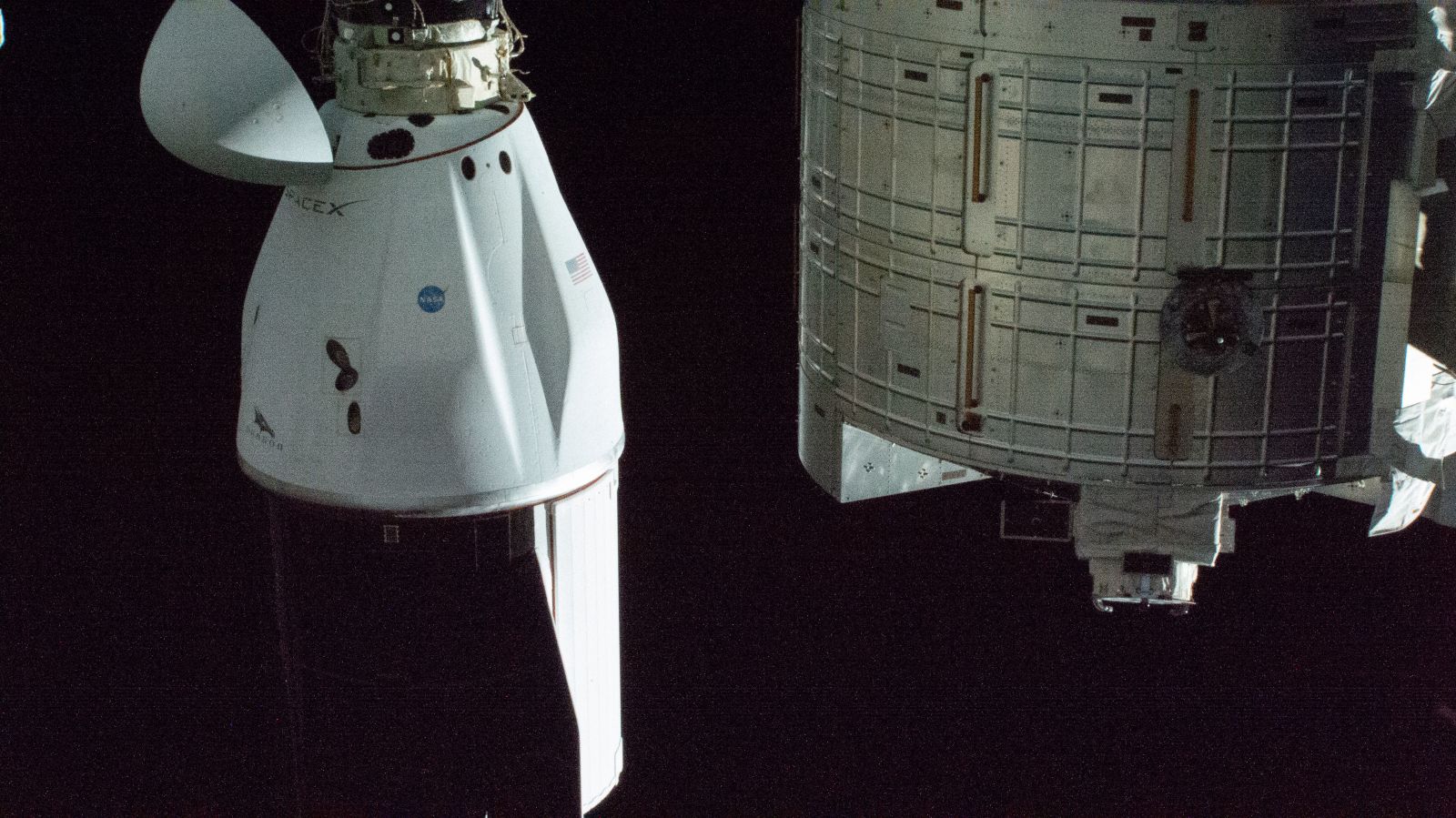 The CRS-21 Dragon spacecraft seen docked to the space-facing port of the Harmony module. Credit: NASA

Following 38 days in space and 35 days at the International Space Station, SpaceX’s CRS-21 Dragon spacecraft has returned to Earth, splashing down in the Gulf of Mexico just off the coast of Tampa, Florida.

At 9:05 a.m. EST (2:05 p.m. UTC) Jan. 12, 2021, the vehicle detached from the zenith (space-facing) docking adapter on the Harmony module. This departure came after a last-minute 24-hour delay on Jan. 11 because of inclement weather around the Florida splashdown zones. 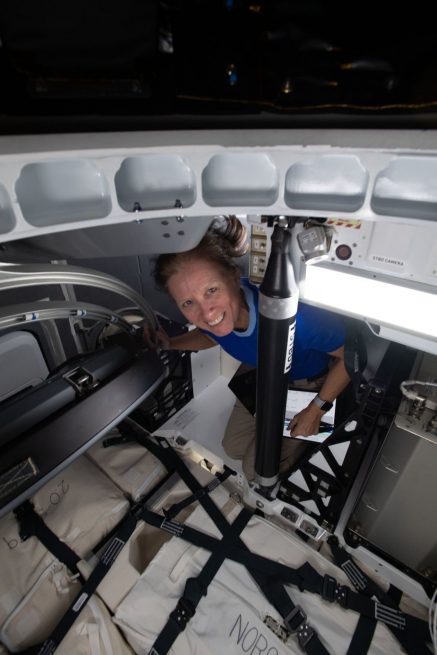 Flight Engineer Shannon Walker loads cargo inside the CRS-21 Dragon in advance of its departure, which took place on Jan. 12, 2021. Credit: NASA

Once undocked, it took about an hour for the spacecraft to move away from the vicinity of the complex. Joint operations between SpaceX and NASA ended shortly after.

“Nice job, Houston and Hawthorne. Godspeed cargo Dragon and to the recovery team,” said Expedition 64 Flight Engineer Victor Glover, who was monitoring the departure from inside the ISS.

The capsule communicator in Houston radioed back the ground teams’ concurrence, adding, “Resilience will have to say hi to her sister ship in Dragonland.”

CRS-21 was the first time two Dragon spacecraft were at the ISS at the same time. The other vehicle was the Crew-1 Dragon. Named “Resilience,” it’s docked at the forward port of the Harmony module. It’ll remain there for most of the duration of its stay at the outpost.

This was the first cargo variant of SpaceX’s Dragon 2 design, which flew in a crew-configuration on the previous three flights: Demo-1 in March 2019 (an uncrewed test flight), Demo-2 in the summer of 2020 (a two-astronaut test flight) and Crew-1 in November 2020 (the first operational crew rotation flight).

The cargo version has several differences from the crew version. Flight controls and seats are not included. Additionally, the SuperDraco abort thrusters are not installed, saving significant mass as those are not needed for cargo-only missions.

Moreover, according to NASA, the cargo version for this particular mission contained double the powered locker availability of the Dragon 1 design. The agency said this can “significantly increase” the research experiments that can be returned to Earth at the end of its mission.

CRS-21 Dragon launched to the ISS Dec. 6, 2020, atop a Falcon 9 rocket from Kennedy Space Center’s Launch Complex 39A in Florida. It was the same pad that just three weeks before the Crew-1 mission sent four people to the ISS to form the remainder of the seven-person Expedition 64 increment.

Just over 24 hours after liftoff, CRS-21 rendezvoused with the ISS and docked with the space-facing docking adapter on the Harmony module.

The cargo variant of the Dragon 2 spacecraft carried nearly 3,000 kilograms of supplies to the outpost, including the first commercial experiment airlock, Nanoracks’ Bishop Airlock Module, which was installed on the port-side of the Tranquility module.

Additionally, research brought to the outpost included experiments to help better understand the infrastructure needed to mine and process material at extraterrestrial destinations, to evaluate an off-the-shelf white blood cell counter, as well as a study designed to better understand brain disorders.

Throughout December, CRS-21 was unloaded of its supplies and experiments. It was also reloaded with some 2,000 kilograms of various items slated for a return to Earth. As of right now, SpaceX’s Dragon capsules are the only way to return a significant amount of mass.

Among the items returned to Earth include, but isn’t limited to, the Cardinal Heart experiment, a Japanese study called Space Organogenesis and Rodent Research-23.

Once CRS-21 is retrieved, time-critical experiments will be quickly offloaded from the capsule and loaded into a helicopter. Those items are expected to be transported to Kennedy Space Center’s Shuttle Landing Facility. They’ll then be transferred to the nearby Space Station Processing Facility before being handed over to appropriate teams, organizations and researchers.

In total, NASA expects delivery as soon as four to nine hours after splashdown. This’ll be the first science returned from the ISS through Kennedy Space Center since the retirement of the space shuttle.

Splashdown of Dragon confirmed, completing SpaceX’s 21st @Space_Station resupply mission and the first return of a cargo resupply spacecraft off the coast of Florida

According to NASA, any remaining scientific cargo will come back in either a second helicopter load or stay aboard the recovery boat until the capsule is returned to port.

Once back on land, the capsule is expected to be refurbished. Eventually, it’ll be assigned to another cargo flight in the future.

The next cargo Dragon mission is expected to be the CRS-22 mission, currently scheduled for launch in May. In addition to more science and crew supplies, the trunk of that spacecraft is planned to include two new roll-out solar arrays to be attached to the ISS to augment its power system.

Overall, three cargo Dragon missions are required to bring six arrays. These will be attached to the base of the existing Solar Array Wings on the truss of the ISS.