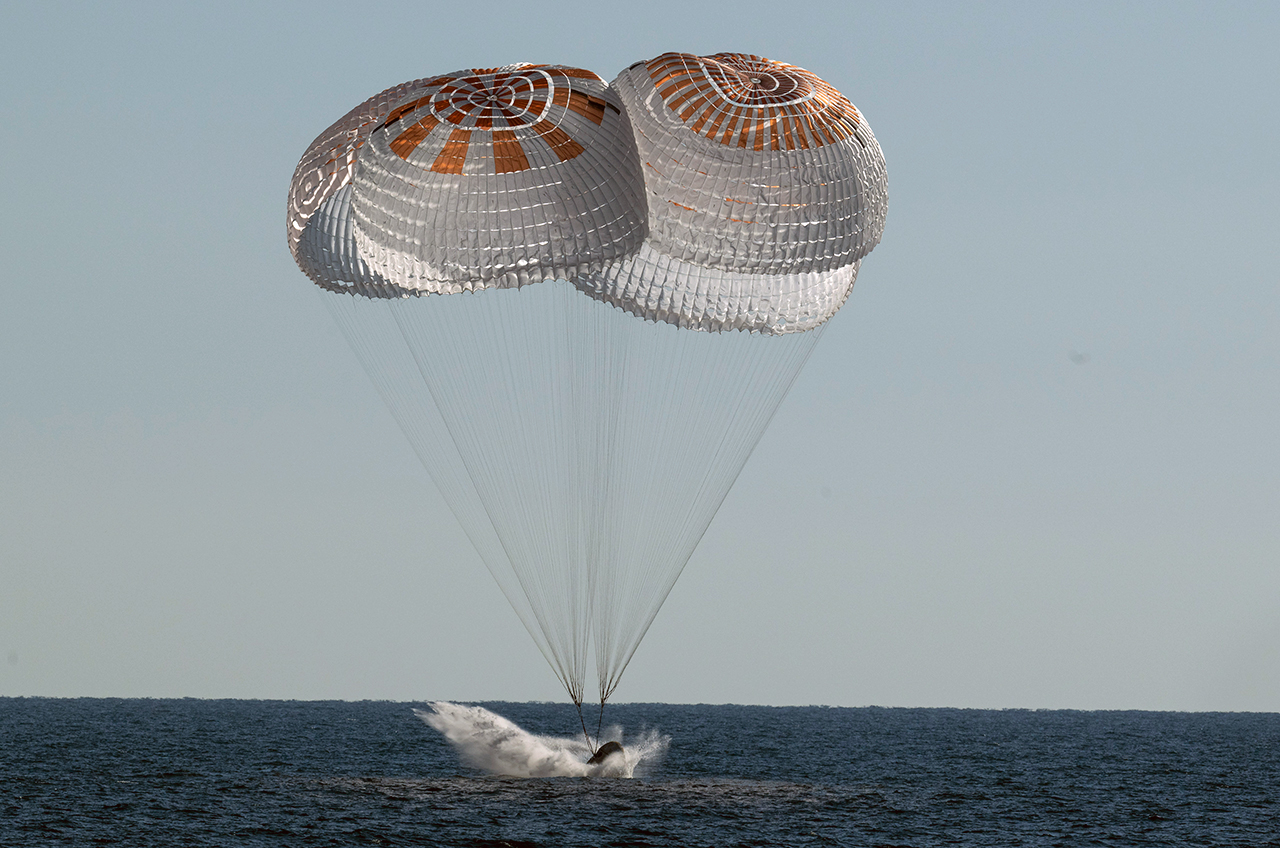 The Crew-4 capsule with four astronauts splashes down in the Atlantic Ocean just off the coast of Jacksonville, Florida. Credit: NASA

Crew Dragon Freedom has returned to Earth with four astronauts after nearly six months at the International Space Station.

The SpaceX capsule splashed down off the coast of Jacksonville, Florida, at 4:55 p.m. EDT (20:00 UTC) Oct. 14, 2022. Less than an hour later its four occupants — NASA astronauts Kjell Lindgren, Bob Hines and Jessica Watkins, and European Space Agency astronaut Samantha Cristoforetti — were safely aboard the recovery vessel. 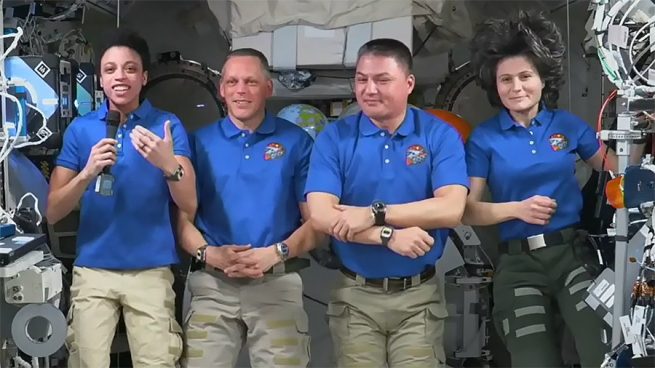 Known as Crew-4, this was the fourth crew rotation mission performed by SpaceX for NASA under the Commercial Crew Program. It began April 27 with a launch atop a Falcon 9 rocket from Kennedy Space Center, Florida.

The four astronauts spent six months aboard the International Space Station as part of Expeditions 67 and 68, primarily with three cosmonauts that launched separately in a Soyuz spacecraft.

Over the course of their stay, the astronauts worked on dozens of science experiments while performing maintenance on the orbiting laboratory.

This was the first flight of Crew Dragon Freedom. It was the last of four planned crewed spacecraft in SpaceX’s Dragon fleet. Each is designed to be used at least five times.

Overall, this was the completion of SpaceX’s seventh human spaceflight with an eighth — Crew-5 — currently in progress at the International Space Station.