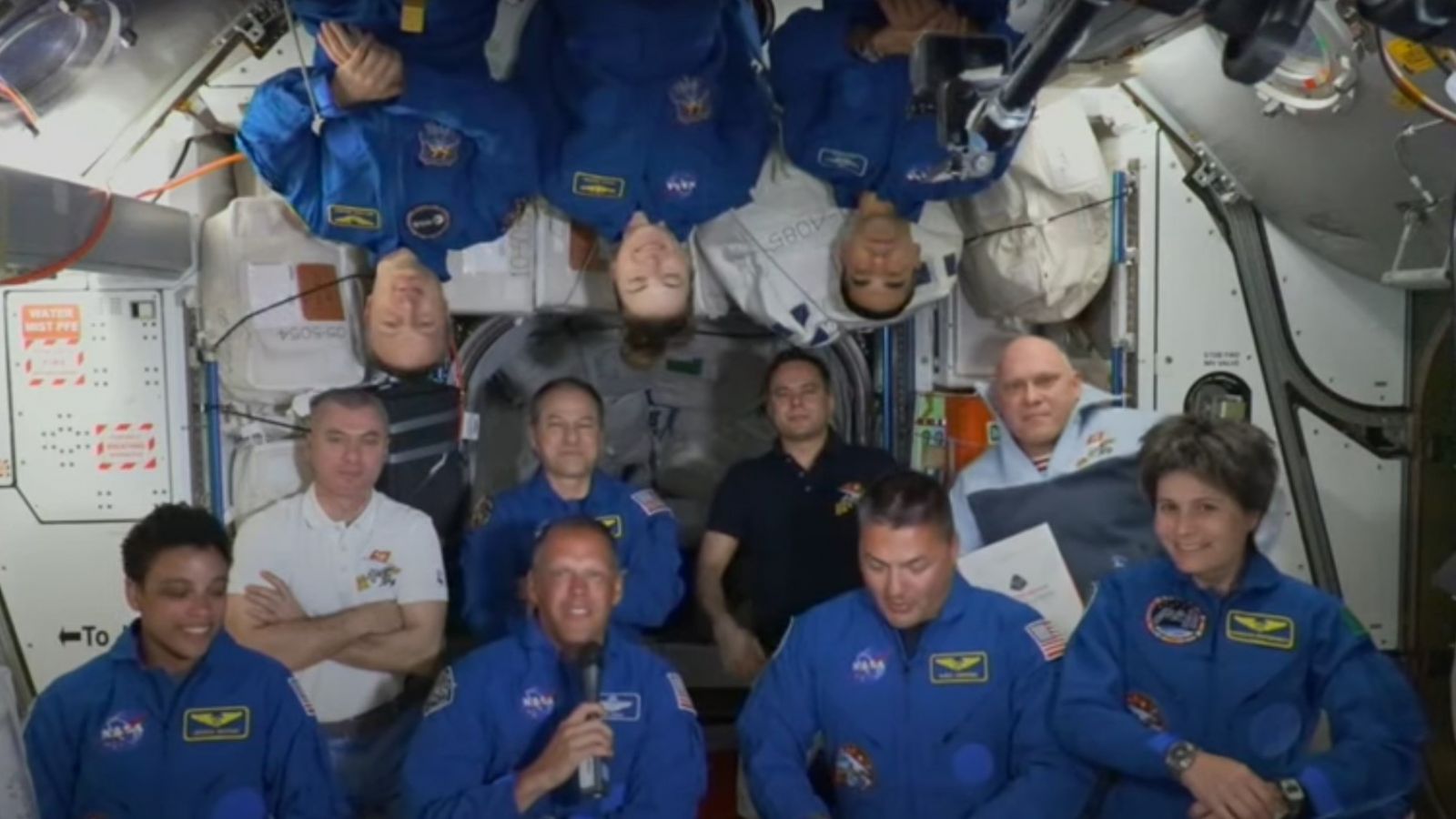 The Crew-4 astronauts (bottom row) docked to the International Space Station in SpaceX’s Dragon “Freedom” at 7:37 p.m. EDT (23:37 UTC) April 27, 2022. They joined seven others already aboard the outpost as part of Expedition 67. Credit: NASA

Less than 16 hours after launching from Florida, the Crew-4 astronauts arrived at the International Space Station to begin a five-month stay aboard the outpost.

“We had an absolutely magnificent ride into low Earth orbit and [a Falcon 9] booster and the Freedom capsule,” Lindgren said during a welcoming ceremony several hours after entering the space station. “It was a really smooth ride and the gees were pretty amazing”

The Crew-4 astronauts are replacing Marshburn, Chari, Barron and Maurer, who have been aboard the ISS since launching aboard the Crew-3 Dragon in November 2021. They’ll be undocking from the outpost as early as May 4, returning to Earth a day later.

This is the first spaceflight for Hines and Watkins, both of whom are members of NASA’s 2017 astronaut class, nicknamed “The Turtles.” In fact, of the 11 people aboard the ISS during this crew handover period, four are Turtles.

Under the current plan, Crew-4 is expected to remain aboard the ISS until September. They’ll be replaced by the Crew-5 astronauts in a direct crew handover.