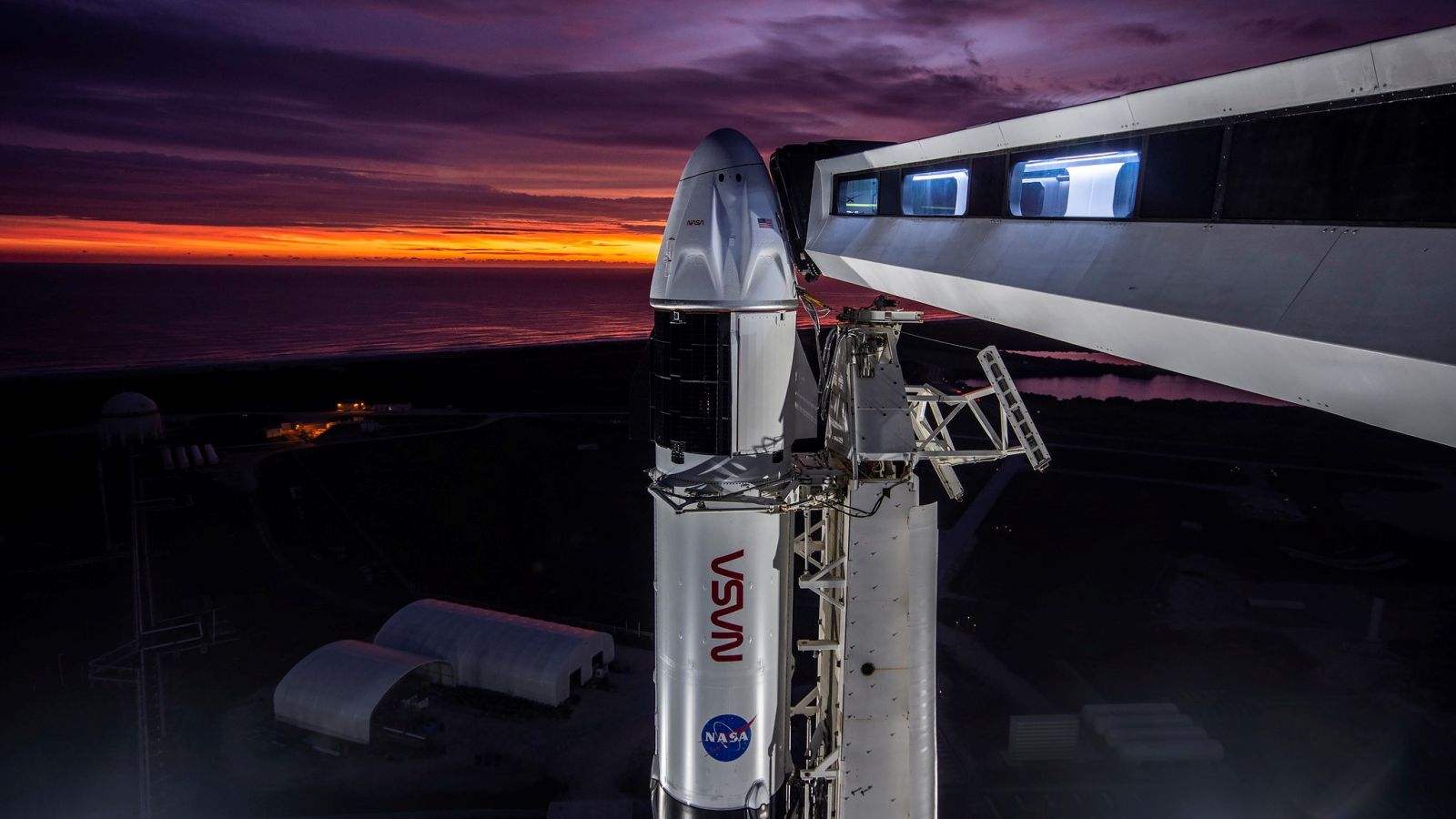 A view of Crew Dragon Endurance atop a Falcon 9 at Launch Complex 39A for the Crew-3 mission, now scheduled for Nov. 3, 2021. Credit: SpaceX

NASA and SpaceX have postponed the launch of the Crew-3 Dragon International Space Station crew rotation mission because of weather in the Falcon 9’s ascent corridor.

According to NASA, the delay is due to “a large storm system meandering across the Ohio Valley and through northeastern United States this weekend, elevating winds and waves in the Atlantic Ocean along the Crew Dragon flight path for the Oct. 31 launch attempt.”

NASA said conditions are predicted to improve in the launch corridor for the Nov. 3 launch attempt and there is an 80% chance of acceptable conditions expected at the launch site.

Crew-3 is set to fly NASA astronauts Raja Chari, Tom Marshburn and Kayla Barron, as well as European Space Agency astronaut Matthias Maurer, to the ISS for a roughly six-month stay at the orbiting laboratory.

Following a Nov. 3 liftoff, docking with the space station is expected later in the day at about 11 p.m. EDT (3:00 UTC Nov. 4) for a short multi-day handover period with the Crew-2 astronauts, who have been aboard the outpost since April. 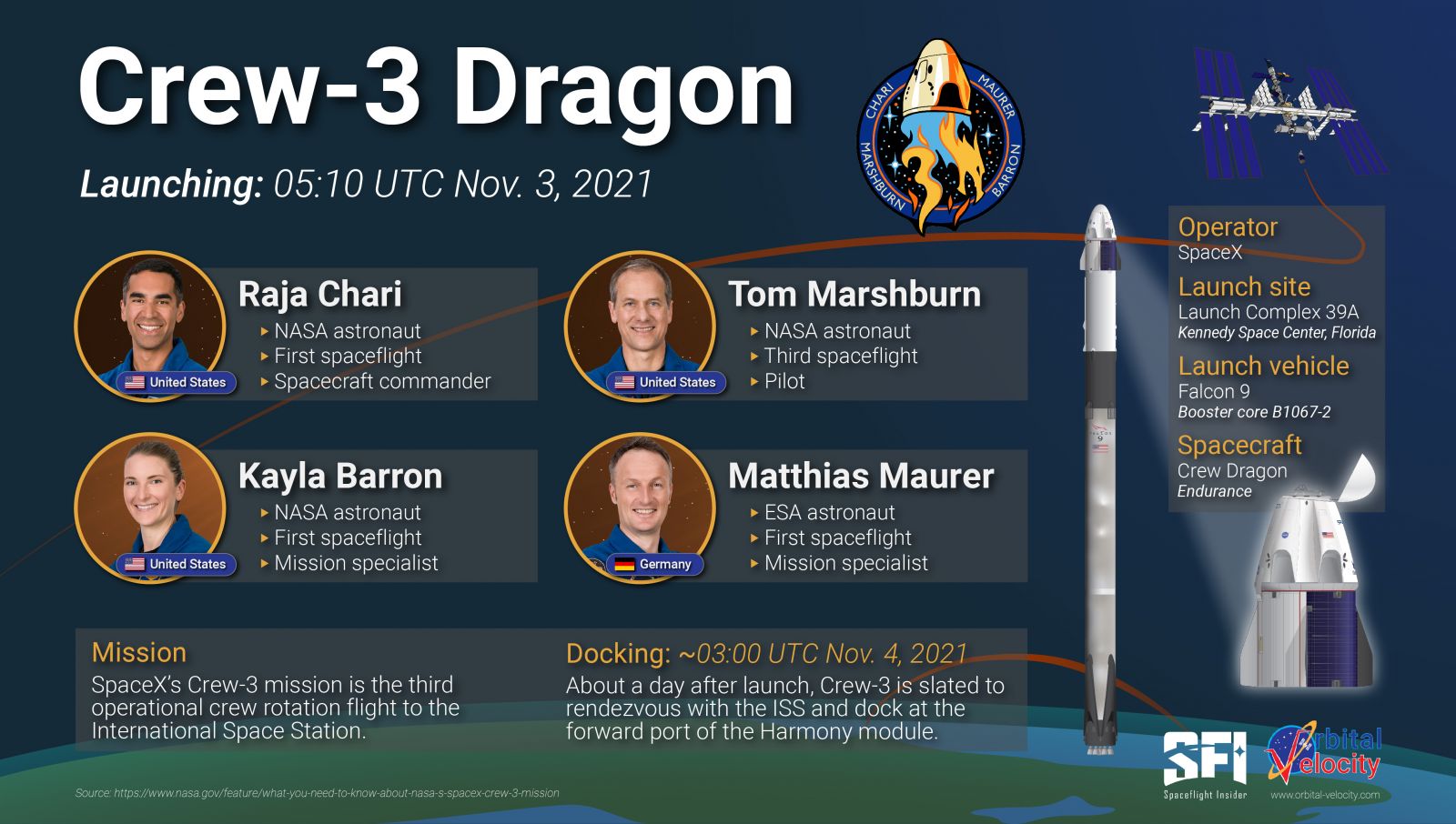