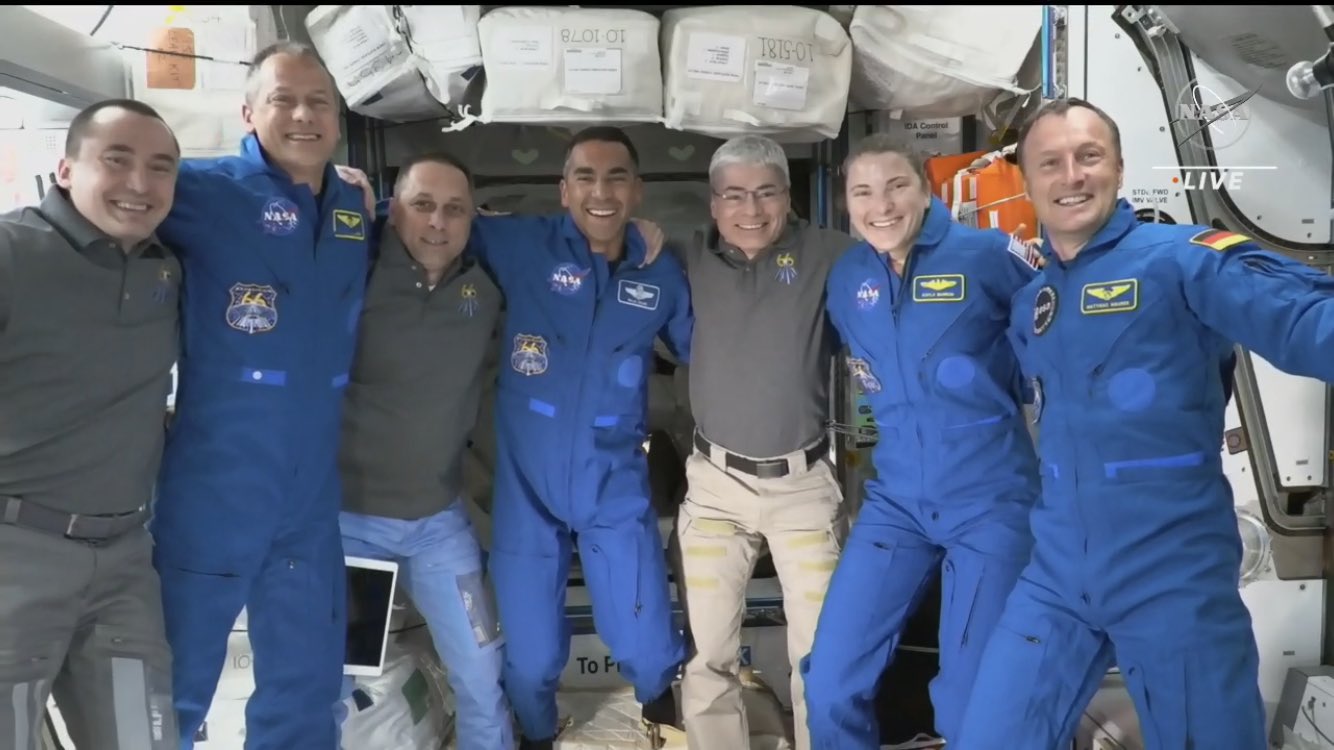 A day after launching out of Florida, four astronauts arrived at the International Space Station in the SpaceX Crew-3 Dragon for a six-month stay aboard the orbiting outpost.

Docking occurred at about 6:32 p.m. EST (23:32 UTC) Nov. 11, 2021, at the forward port of the Harmony module in the front of the space station. Less than two hours later, the crew — NASA astronauts Raja Chari, Tom Marshburn and Kayla Barron, and European Space Agency astronaut Matthias Maurer — opened the hatch of their Crew Dragon Endurance spacecraft to enter the ISS. 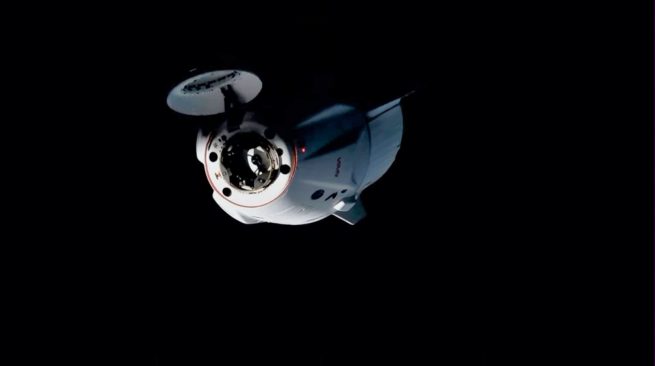 Crew-3 joined the in-progress Expedition 66 mission, which included Russian cosmonauts Anton Shkaplerov and Pyotr Dubrov, and NASA astronaut Mark Vande Hei. Dubrov and Vande Hei have been aboard the ISS since March 2021 and aren’t expected to leave until March 2022.

Shkaplerov, who is also the current space station commander, has been in space since October 2021 and will leave with Dubrov and Vande Hei.

“It was great to get to work on the vehicle and I think we all loved the ride up there,” Chari said of the Falcon 9 rocket’s stage separation and vehicle ascent to orbit while talking over the radio with NASA’s Associate Administrator for Space Operations Kathy Leuders during a welcome ceremony. “It was way smoother than we could have imagined. That feeling going from [main engine cut off] to the second stage was just awesome.”

Crew-3 launched atop a Falcon 9 rocket at 9:03 p.m. EST Nov. 10 (02:03 UTC Nov. 11) from Launch Complex 39A at NASA’s Kennedy Space Center. After a roughly nine-minute ascent into orbit, the spacecraft began making its way to the ISS.

Rendezvous operations went much faster than anticipated and the vehicle docked more than 30 minutes ahead of schedule. Following leak checks, the Dragon’s hatch was opened at 8:25 p.m. EST (01:25 UTC Nov. 12). 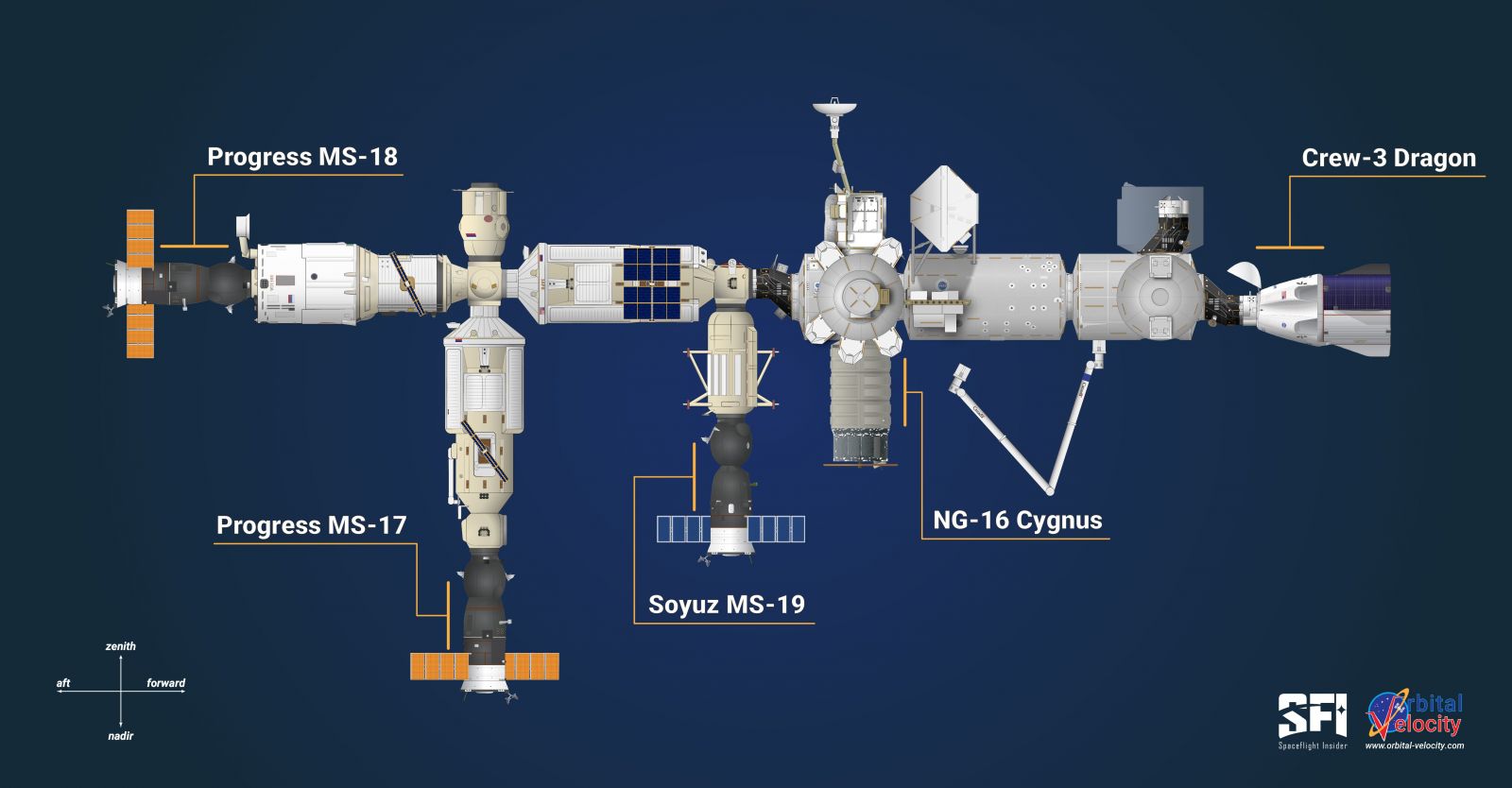 After crossing over to the ISS from Dragon, Chari, Barron and Matthias, who were all first-time space flyers, were given their gold astronaut wings, signifying their flown status.

After a welcoming ceremony, the new crew members are expected to be given a safety briefing before getting settled into their designated crew quarters for the duration of their six-month stay. 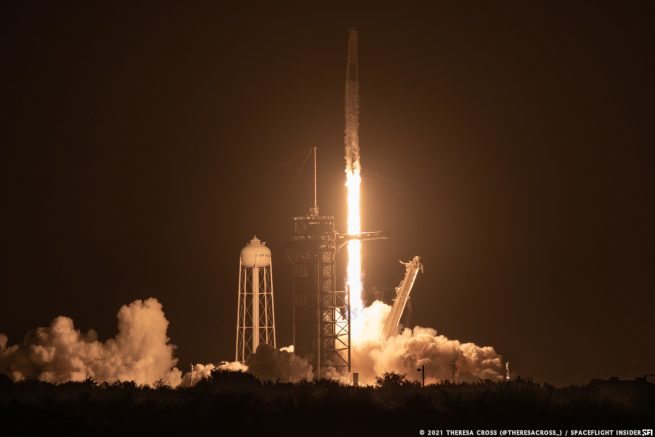 Over the course of the Crew-3 mission, the seven-person Expedition 66 crew is expected to perform a multitude of experiments as well as demonstrate new technologies for future human and robotic exploration missions.

Also during their stay, a new Russian module is scheduled to launch and dock with the ISS. The Prichal node module will be attached to the space-facing port of the Nauka module as early as Nov. 26 following a launch on Nov. 24.

Moreover, two dedicated private spaceflight missions are slated to arrive at the ISS over the next several months. In December, Soyuz MS-20 is expected to stay at the outpost for about 12 days with professional Russian cosmonaut Alexander Misurkin and spaceflight participants Yusaku Maezawa and Yozo Hirano, both from Japan.

Then in February, Axiom Space is set to send four people to the space station for about a week in SpaceX’s Crew Dragon Resilience. Aboard Axiom Mission 1 will be professional astronaut (and former NASA astronaut) Michael Lopez-Alegria, along with spaceflight participants Larry Connor, Mark Pathy and Eytan Stibbe, who are from the United States, Canada and Israel, respectively.

While Expedition 66 continues to perform science experiments and technology demonstrations, the crew is also scheduled to conduct several spacewalks to outfit the Prichal module as well as ready the outpost for various station upgrades over the coming years.

If all goes according to schedule, Crew-3 is expected to return to Earth in late April, likely about a week after the arrival of the Crew-4 Dragon spacecraft with NASA astronauts Kjell Lindgren and Bob Hines, as well as European Space Agency astronaut Samantha Cristoforetti and a yet-to-be-named fourth astronaut.