Crew-1 Dragon astronauts take spacecraft for a spin around ISS 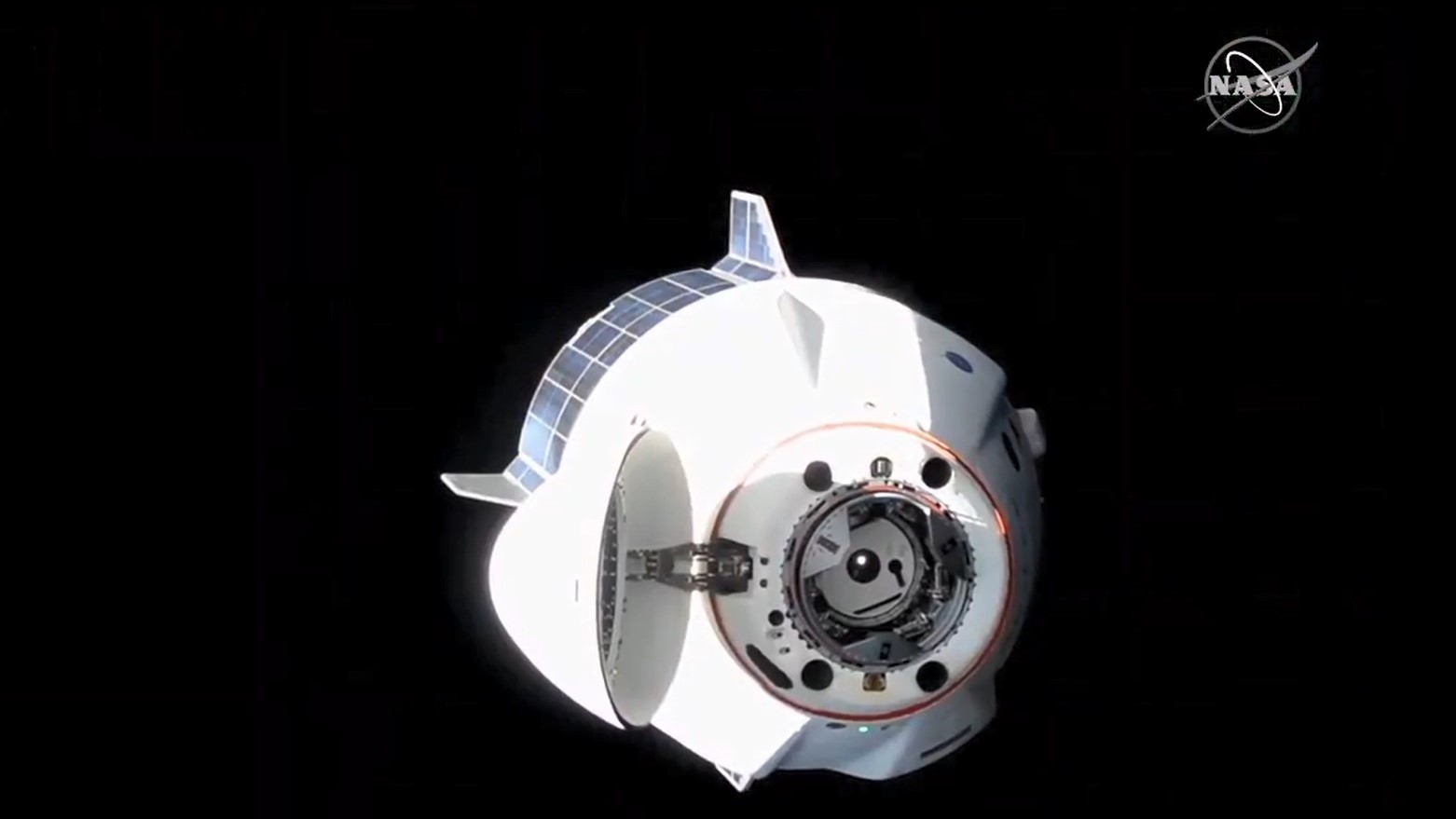 SpaceX’s Crew-1 Dragon and its four-person astronaut crew relocated from the forward docking port on the Harmony module to the space-facing port in an effort to prepare for the arrival of Crew-2 and CRS-22 in the coming weeks and months. Credit: NASA

In one of the final major activities of the Crew-1 mission, its four astronaut riders suited up to relocate docking ports to clear the way for the next Crew Dragon mission to the International Space Station. 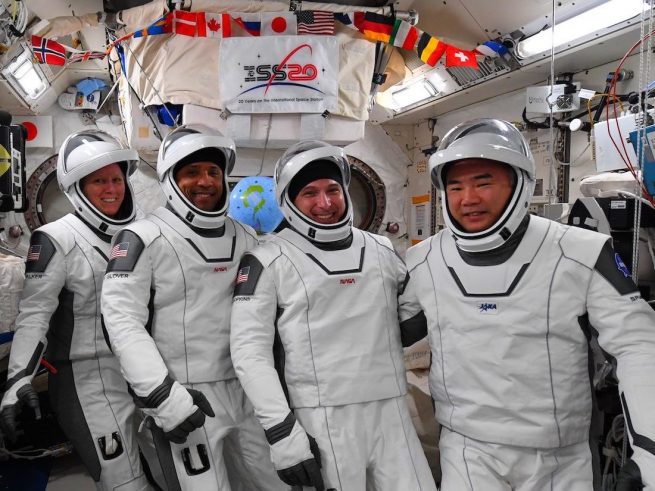 The Crew-1 astronauts check to ensure their suits fit properly in the days before the port relocation. From left to right: NASA’s Shannon Walker, Victor Glover and Mike Hopkins and Japan’s Soichi Noguchi. Credit: NASA

Aboard were NASA astronauts Mike Hopkins, Victor Glover and Shannon Walker, as well as Japan Aerospace Exploration Agency astronaut Soichi Noguchi. The four were suited up and prepared to return to Earth in the event the spacecraft could not re-dock with the ISS. However, everything went as expected.

This was the first docking port relocation for a commercial crew spacecraft and begins a process that’ll allow for new solar arrays to be added to the space station after being delivered by the next cargo Dragon spacecraft.

When the next cargo Dragon, CRS-22, arrives as early as June 2021, it will have to dock with IDA-3 in order to ensure the trunk of the spacecraft is close enough for the space station’s robotic Canadarm2 to reach into it to grab a new set of solar arrays.

But before CRS-22 launches to the ISS, Crew-2 is expected to bring four new crew members to the outpost.

Rather than having Crew-2 initially dock to IDA-3 and relocate ports only a month or so into their flight, Crew-1 (being near the end of its six-month mission) moved there to allow Crew-2 to dock at IDA-2 later this month. 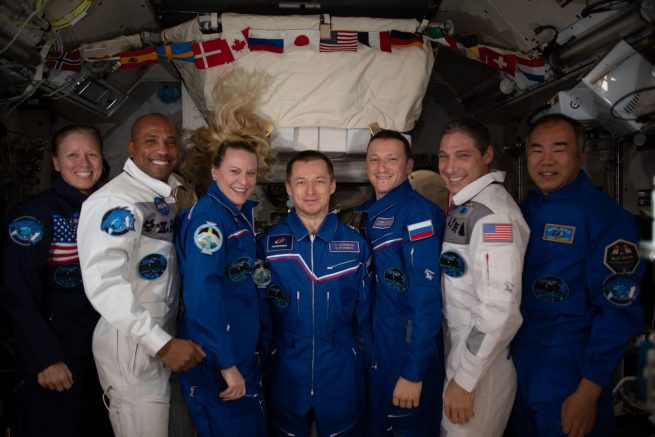 By the time CRS-22 launches and reaches the ISS, Crew-1 will have already returned to Earth.

Launch atop a Falcon 9 rocket from Kennedy Space Center’s Launch Complex 39A is currently expected on April 22 with rendezvous and docking scheduled for a day later.

After a week-long handover period, Crew-1 and its four-person crew is expected to return to Earth for a parachute assisted splashdown off the coast of Florida as early as April 28.

Overall, April is expected to be a busy month for visiting vehicle traffic at the ISS. On April 9, Soyuz MS-18 is expected to launch to the outpost with Russian cosmonauts Oleg Novitsky and Pyotr Dubrov and NASA astronaut Mark Vande Hei.

The Soyuz MS-18 trio is meant to replace the outgoing Soyuz MS-17 crew — Russian cosmonauts Sergey Ryzhikov and Sergey Kud-Sverchkov and NASA astronaut Kate Rubins — who have been aboard the ISS since October 2020.

Soyuz MS-17 is expected to depart the outpost April 17 and land in Kazakhstan several hours later.