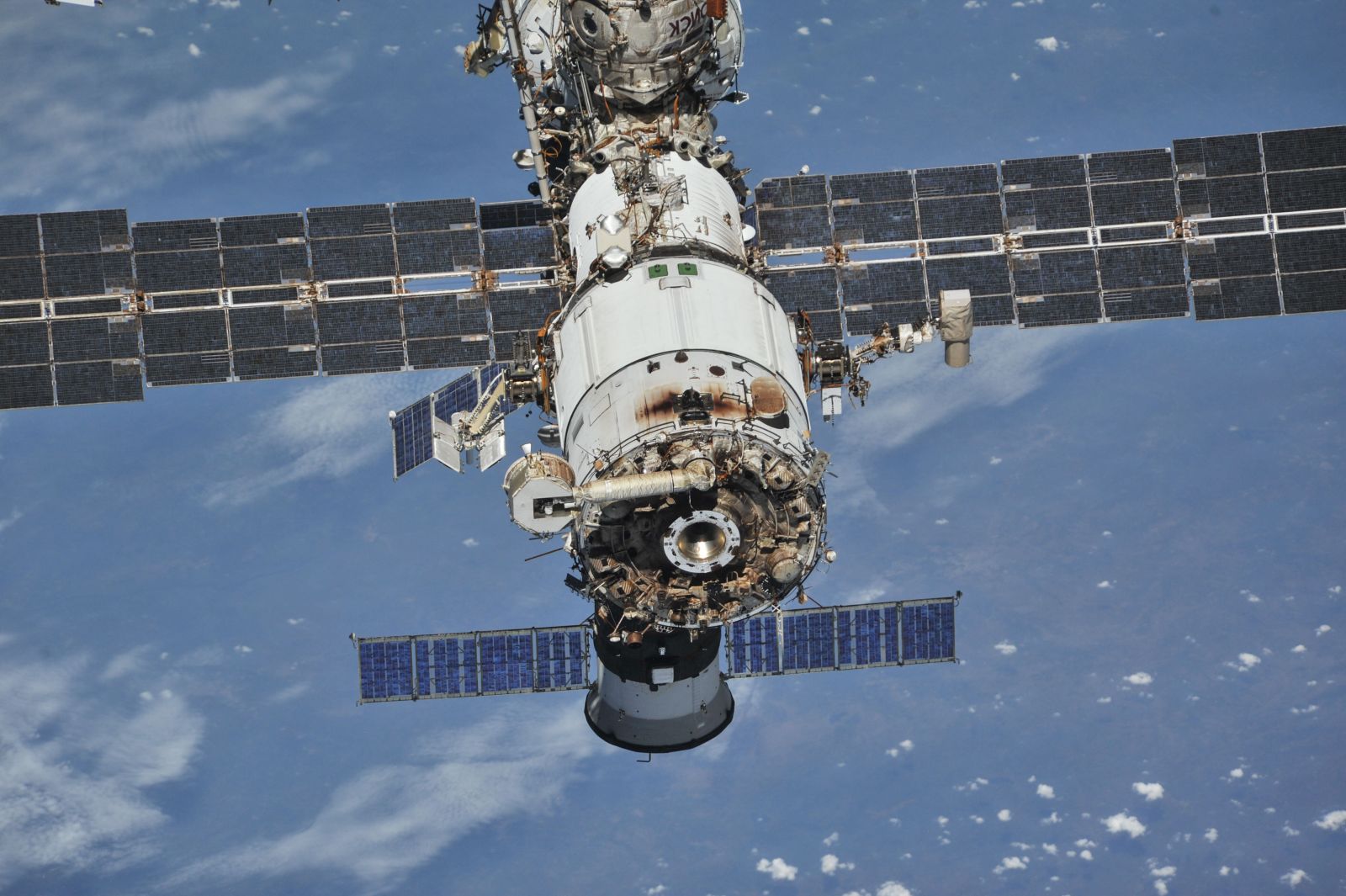 The rear section of the 20-year-old Zvezda service module is the location of a slight air leak aboard the International Space Station. Credit: Roscosmos

Russian cosmonauts are still working to plug a slight air leak aboard the International Space Station, which was first noticed in 2019 and located in 2020.

NASA and Roscosmos continue to emphasize there is no risk to the seven-person crew and the pressure drop due to the leak is far below emergency values.

During the last half of 2020, astronauts and cosmonauts worked to find the source of the leak by systematically closing hatches throughout the outpost to look for pressure differences between sections. Ultimately it was determined to be coming from the rear compartment of the 20-year-old Zvezda service module.

Called the “transfer chamber,” it’s a small cylindrical tunnel that connects the rear docking port to the main “work compartment.” The leak is coming from several microcracks about the width of a human hair and as long as 22 millimeters that have formed in the chamber.

Two cracks were initially found using an electron microscope at the end of 2020. They were permanently sealed by Russian cosmonauts Sergey Ryzhikov and Sergey Kud-Sverchkov in March with a repair kit that was sent to the ISS aboard Progress MS-16 in February. It involved using a three millimeter drill and two kinds of sealing paste and a sealing material.

According to NASA, the cosmonauts drilled holes on either end of the cracks to prevent any future growth before applying the paste and sealing material. 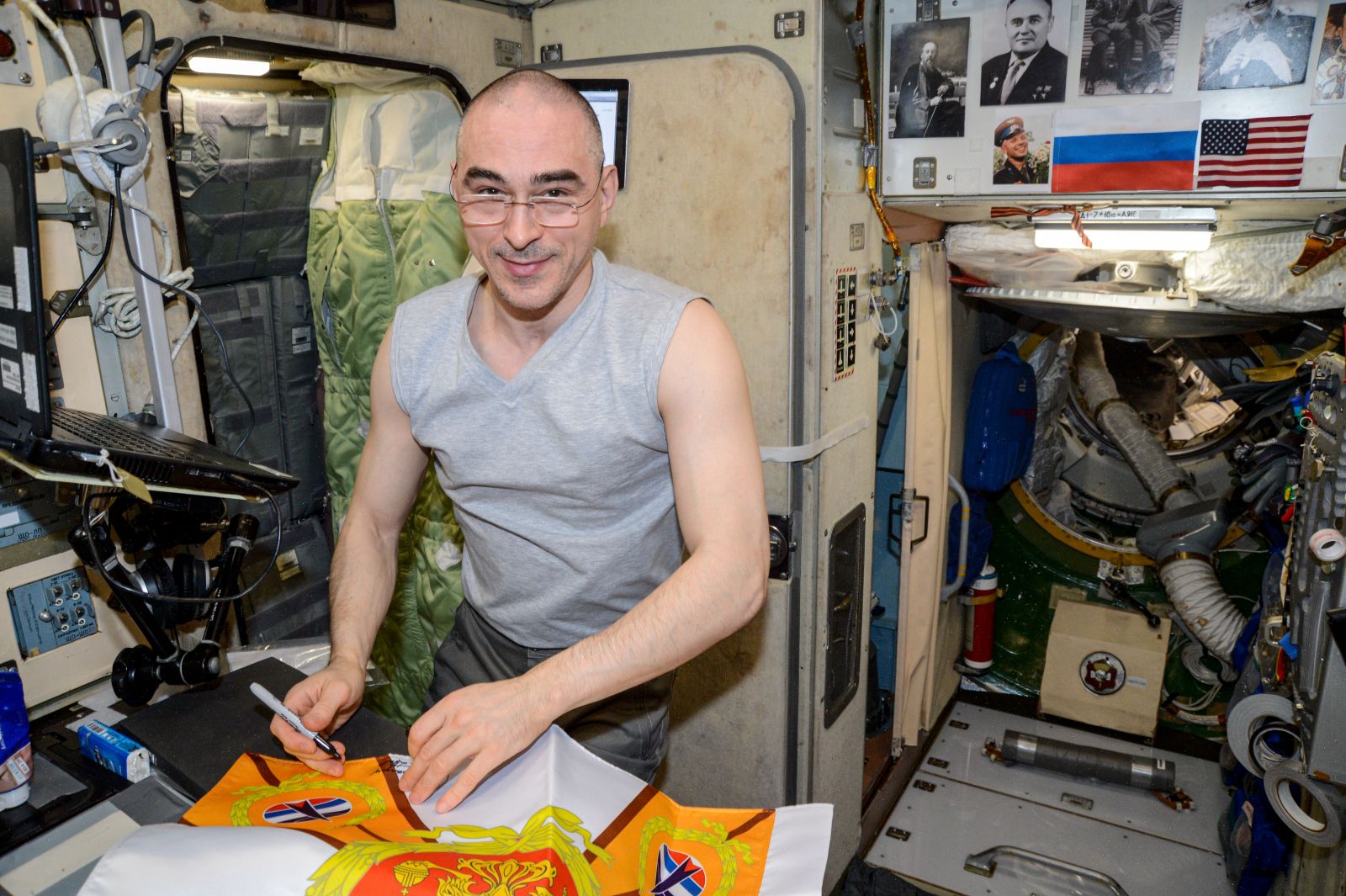 Expedition 63 Flight Engineer Anatoly Ivanishin works in the “work compartment” of the Zvezda service module in August 2020. The “transfer chamber” is the small tunnel behind him toward the right side of the photo. Credit: NASA

After repairs were completed, however, the pressure continued to drop (albeit at a lower rate), suggesting there were more cracks somewhere in the transfer chamber.

The cosmonauts used floating tea leaves (which were also used to find the first two cracks) to locate the source of additional microcracks. At least three more have been found as of the end of March, according to RIA Novosti, and sealed April 2.

The next step is expected to be a pressure check between the transfer chamber and the rest of the outpost to see if the air leak persists.

Russian space experts have said the cracks are likely due to either metal fatigue or the load stress over the years from visiting vehicles docking and undocking from the aft docking port, notably Progress and Soyuz spacecraft and the more-massive, now-retired European Space Agency Automated Transfer Vehicle.

The aft port is also the location from which Progress spacecraft typically re-boost the station, adding even more stress to the structure.

NASA said in a March 4 statement that the ISS has plenty of consumables to manage this situation. Additionally, more air can be sent to the outpost via cargo spacecraft that visit the space station.