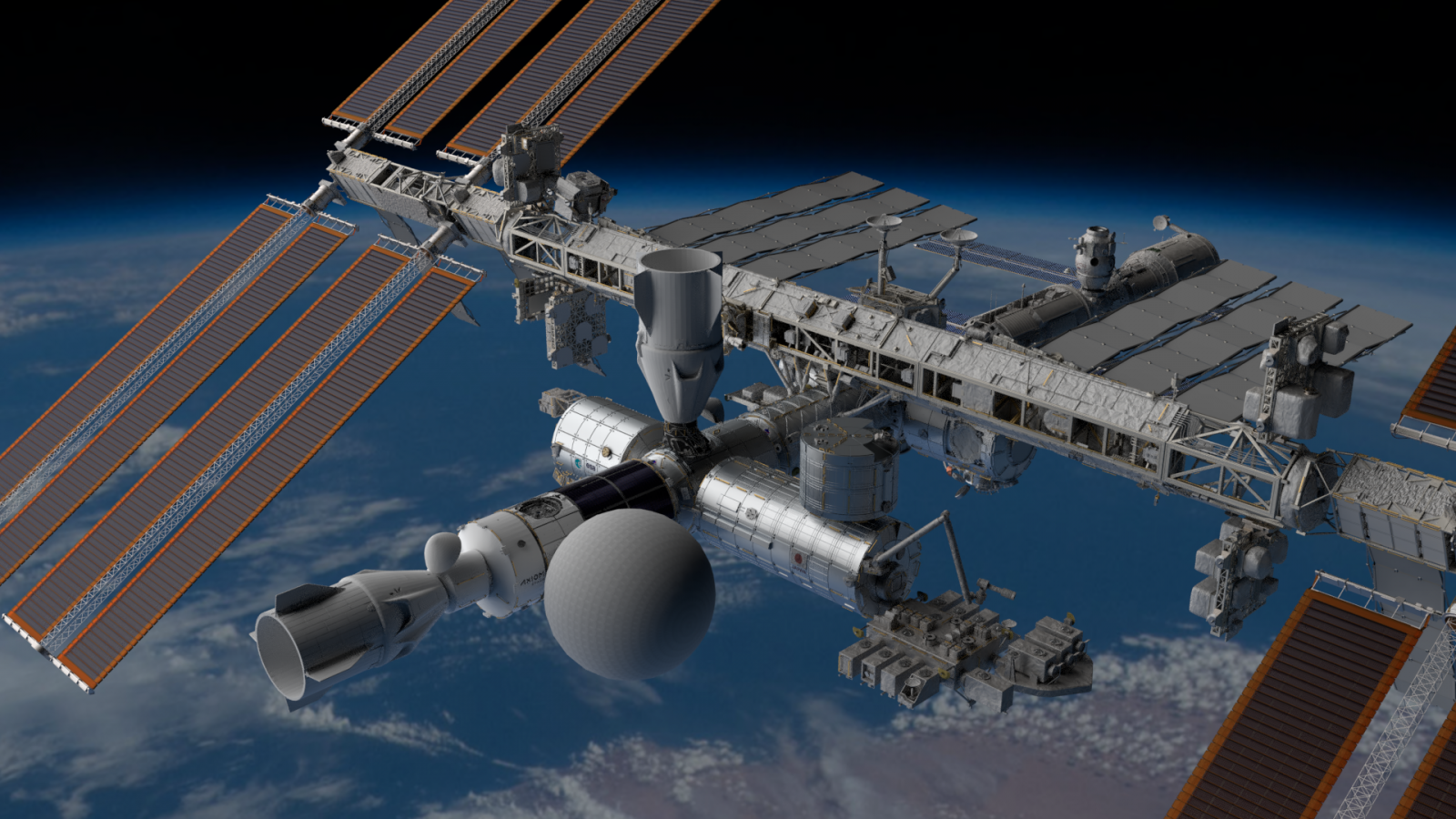 An render of the SEE-1 space studio attached to an Axiom Space module on the International Space Station. Credit: Space Entertainment Enterprise

Plans are in the works to build the first space-based “multipurpose entertainment and content studio,” which would be attached to the planned commercial segment of the International Space Station.

United Kingdom-based Space Entertainment Enterprise, SEE, contracted Houston-based Axiom Space to build an inflatable module called SEE-1. It is planned to be docked to the Axiom Station, which is expected to see its first module launched to the ISS as early as 2024.

“Axiom Station, the world’s first commercial space station, is designed as the foundational infrastructure enabling a diverse economy in orbit,” said Axiom CEO Michael Suﬀredini in a company news release. “Adding a dedicated entertainment venue to Axiom Station’s commercial capabilities in the form of SEE-1 will expand the station’s utility as a platform for a global user base and highlight the range of opportunities the new space economy offers.” 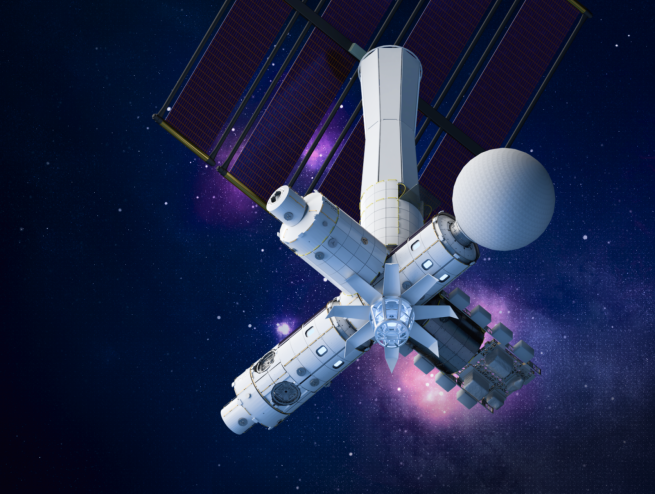 The full Axiom Station is expected to separate from the International Space Station by the end of the 2020s. The SEE-1 multipurpose entertainment and content studio would remain with the Axiom Station. Credit: Space Entertainment Enterprise

Axiom Space is contracted with NASA to send one or more modules to the ISS to begin forming a commercial segment of the space station. This $140 million contract is part of a multi-phase plan the agency has in order to spur the development of multiple commercial destinations in low Earth orbit.

Three other companies, Blue Origin, Nanoracks and Northrop Grumman are also working with NASA to build their own free-flying outposts independent of the ISS.

The hope is for one or more commercial space stations to be operational before the end of the ISS program, which was recently extended to 2030.

Axiom Space’s modules are to be added to the ISS throughout the second half of the 2020s. SEE-1 would be added along with these components.

Once the ISS program is near its end, the plan is for the commercial segment to be detached to form an independent station.

According to SEE, the spherical studio module is planned to be about 20 feet (6 meters) in diameter once fully expanded in space. Its interior is expected to provide an “unobstructed pressurized volume” that can be adapted for a range of media activities, including film production, music, sports and livestreaming events.

“SEE-1 is an incredible opportunity for humanity to move into a different realm and start an exciting new chapter in space,” Dmitry and Elena Lesnevsky, co-Founders of SEE, said in a company statement. “It will provide a unique, and accessible home for boundless entertainment possibilities in a venue packed with innovative infrastructure which will unleash a new world of creativity. With worldwide leader Axiom Space building this cutting-edge, revolutionary facility, SEE-1 will provide not only the first, but also the supreme quality space structure enabling the expansion of the two trillion-dollar global entertainment industry into low Earth orbit.”

The SEE co-founders are also working with Tom Cruise to produce the first Hollywood movie to be filmed in space, according to CNBC.