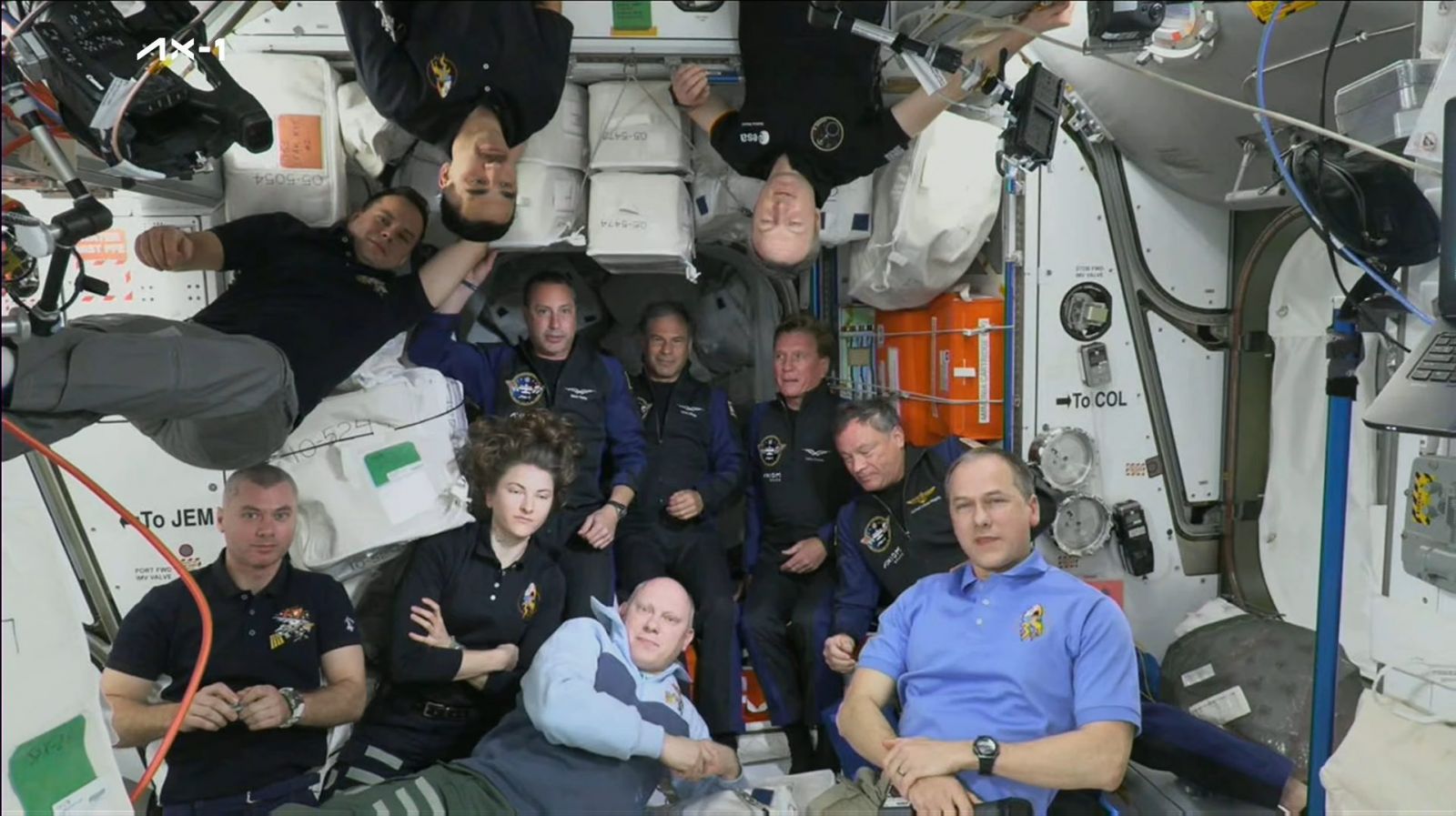 With the Axiom Space Ax-1 crew’s arrival, there are now 11 people aboard the International Space Station. Credit: NASA

Known as Ax-1, this first mission for Axiom Space docked with the space-facing port of the orbiting laboratory’s Harmony module at 8:29 a.m. EDT (12:29 UTC) April 9, 2022. This was about 45 minutes later than planned because of a camera communications issue that required troubleshooting. 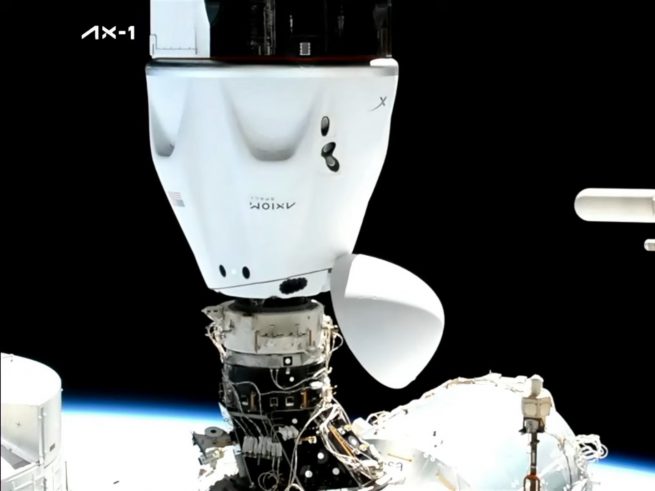 “I can’t even describe how fun its been to be in Dragon for the last day and a half, or so, watching these guys faces light up,” Lopez-Alegria, who has been in space several times before as a NASA astronaut, said during the post-docking welcome ceremony. “We had just reached orbit and getting out of our suits — I was busy doing commander stuff — and one by one I could hear them say ‘expletive deleted’ as soon as they looked out the window. Literally every single one of them.” 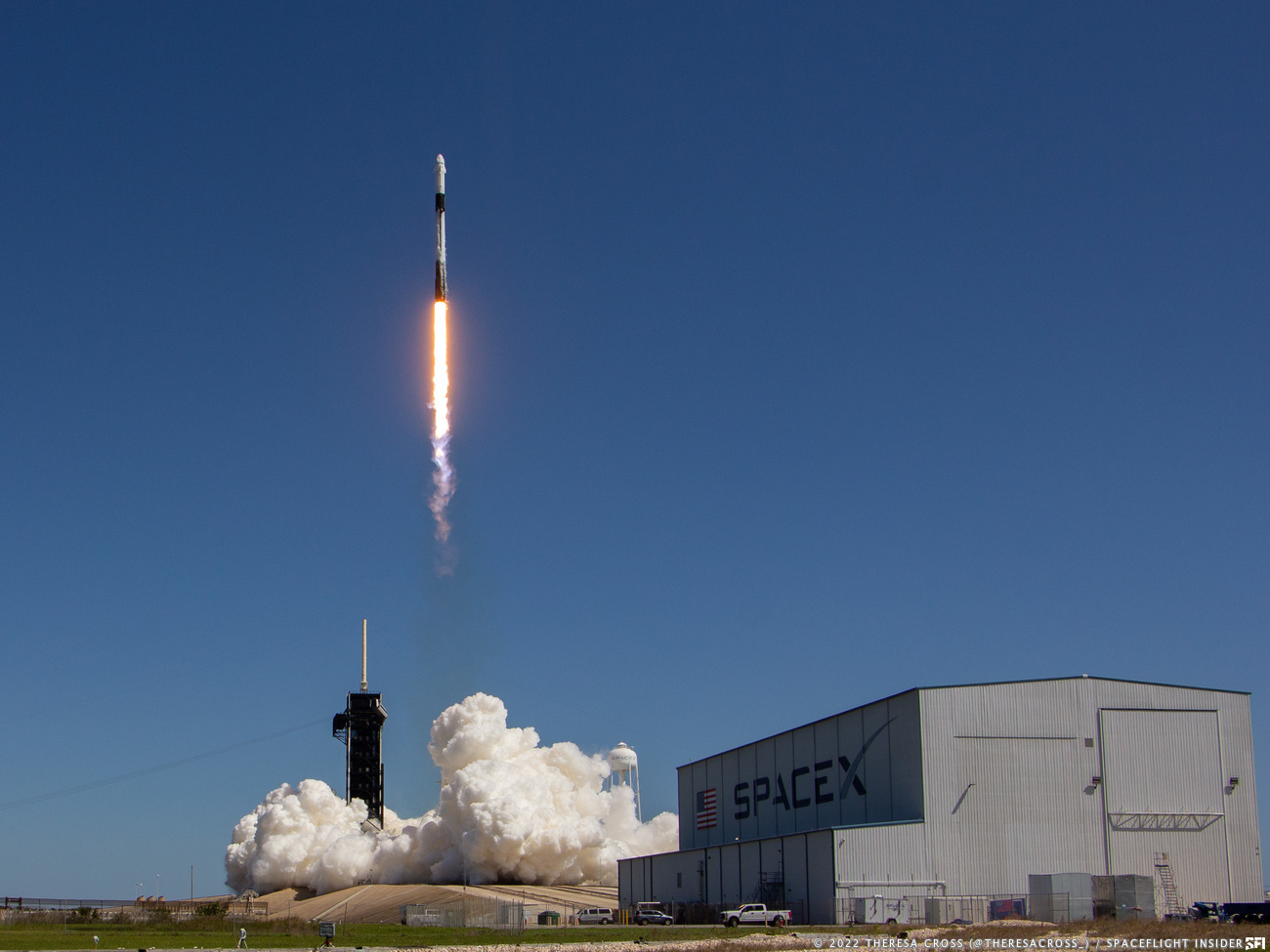 This is the fifth flight into space for Lopez-Alegria, the Ax-1 commander. He flew to space four times as a NASA astronaut — three aboard space shuttles and one aboard a Russian Soyuz spacecraft. Before this mission, he had spent 258 days in orbit.

Lopez-Alegria retired from NASA in 2012 and joined Axiom Space as director of Business Development in 2017 before being selected to command the Ax-1 mission. 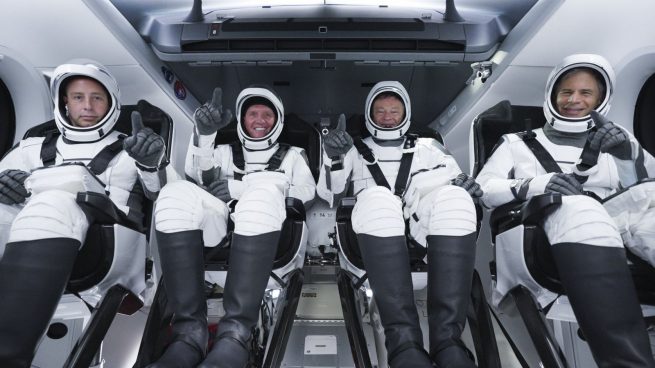 Connor is the pilot for Ax-1. He is an American entrepreneur and is the head of a real estate investing firm called Connor Group, which has $3.5 billion in assets.

Stibbe is an Israeli investor and philanthropist. He is only the second Israeli to fly into orbit, the first being Ilan Ramon in 2003. He was one of seven killed during the STS-107 space shuttle Columbia accident.

Finally, Pathy is a Canadian entrepreneur and philanthropist. He is Canada’s second private astronaut and 12th overall to go into space.

While Connor Stibbe and Pathy paid for their trip, it isn’t just a vacation. The Ax-1 crew is set to stay aboard the ISS for about eight days to conduct a variety of science experiments and technology demonstrations.

“We’re here to experience this, but we understand there is a responsibility.” Connor said. “The responsibility is for this first civilian crew [to the ISS] to get it right. That’s what we are fully committed to do with the support of everybody here at the ISS and on the ground.” 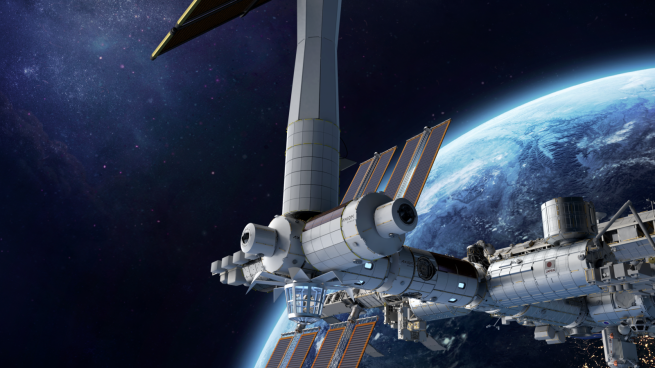 A rendering of the planned Axiom Station in front of the International Space Station. Credit: Axiom Space

Ax-1 is the first of at least four Axiom Space missions to the ISS as the company prepares to launch its first commercial addition to the outpost as early as 2024.

Axiom Space ultimately plans to send four modules to the orbiting laboratory through the latter part of this decade. Once completed, this “Axiom Station” will have the ability to detach from the then 30-year-old ISS at the end of its life to form a new independent commercial station.

At the end of the Ax-1 mission, the four astronauts will depart in their Crew Dragon spacecraft and return to Earth, splashing down in the ocean off the coast of Florida. Undocking is scheduled for April 18 with reentry and splashdown about a day later.

Following Ax-1, SpaceX is set to launch another crew to the ISS, this time for NASA. Known as Crew-4, this will be a crew rotation mission to the orbiting outpost and is set to include NASA astronauts Kjell Lindgren, Bob Hines and Jessica Watkins as well as European Space Agency astronaut Samantha Cristoforetti. They are expected to remain aboard until September 2022.