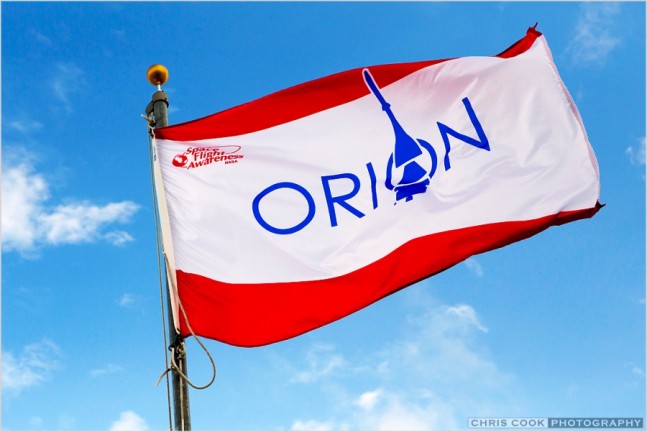 NASA's first flight of the crew-rated Orion spacecraft has generated a lot of excitement within the public. Photo Credit: Chris Cook / www.cookphoto.com

The world was watching America’s first, crucial step on its journey to Mars as NASA’s Orion spacecraft flawlessly launched into space and completed its maiden flight on Dec. 5, 2014. The series of important tests conducted during the flight will provide critical data needed to send humans into space farther than ever, to asteroids and Mars. The Exploration Flight Test 1 (EFT-1 ) made the U.S. hold their breath as the flight engaged many companies and an army of people throughout the country.

The successful Orion flight comes when NASA has struggled to overcome funding problems, lack of government support, and criticisms that it has become too dependent on Russia, which provided seats aboard Soyuz craft for transporting astronauts into space, and RD-180 engines to send national security satellites into orbit. The flight will also challenge Roscosmos and other space agencies in the world to develop a spacecraft of the same class. Orion lifted off a day late, but at the very opening of the launch window at 7:05 a.m. EST on Dec. 5. Photo Credit: Chris Cook / www.cookphoto.com

“I strongly feel that our American counterparts’ success will spur development of a Russian manned spacecraft for outer space flights,” said former Russian cosmonaut Sergey Krikalev, the deputy head of the Russian Central Research Institute of Machine Building. “Like any competition, on the one hand, we congratulate our partners and, on the other, it stimulates our development.”

“When we move ahead, it affects the others,” he said specifying that in the future new joint projects would be possible. “We should look to their steps and to our steps and we will consider where and how we should cooperate and on which orbits.” Orion safely splashed down in the Pacific, just off the Coast of San Diego, some four and a half hours after launch. Photo Credit: US Navy / NASA

It sure has inspired the Canadian Space Agency as it tweeted: “Congratulations NASA, ULA, Lockheed Martin and teams for the spectacular launch of Orion EFT-1! Thanks for the inspiration! An elegant, dignified re-entry for Orion, fitting after such a moving flight. Congratulations NASA!”

ESA was watching closely the Orion launch because the spacecraft will be equipped with a European Service Module, the first time that Europe has provided a system-critical element for a U.S. crewed vehicle.

“Today’s successful flight of Orion is a significant step towards future human exploration beyond low Earth orbit and eventually Mars,” said Thomas Reiter, ESA Director of Human Spaceflight and Operations. “ESA congratulates NASA for this outstanding achievement and we are proud to participate in this exploration endeavour through the development of a critical element of the Orion vehicle.”

The service module will be the powerhouse that fuels and propels the Orion spacecraft in space. It will provide essential functions such as propulsion, power, thermal control and life-support consumables storage and distribution. “Having been selected to provide the service module for Orion is a major achievement, as this is the first European development of a human spacecraft operating beyond Earth orbit,” said Philippe Deloo, project manager.

“This program is yet another example of the important role that Europe plays globally in the field of human space flight,” said François Auque, Head of Airbus’ Space Systems. Astronauts all over the world and even at the International Space Station (ISS) watched the Friday’s flight and shared the excitement. Astronauts at the ISS gathered around a laptop to watch Orion’s flight. A photo of the group consisting of U.S., Russian and Italian astronauts relaxing in their home in low Earth orbit was tweeted by NASA astronaut Terry Virts.

According to Tommaso Sgobba, executive director of the International Association for the Advancement of Space Safety, a former head of ESA’s independent safety office, the Orion capsule represents a return to NASA’s past in technology as well as in the style of mission. “This design – the capsule design – is to a certain extent a way of going back in terms of configuration,” said Sgobba. “Clearly, politicians and the public want successes, they don’t want to go to funerals.”

There are also some voices that temper the enthusiasm. “I think to say that this is the road to Mars is a bit much but one shouldn’t detract from the importance of this launch. All of NASA’s future exploration plans are predicated on this system,” said Ian Crawford, professor of planetary science at Birkbeck, University of London. The idea that return to water splashdown CAPSULES is a step in the right direction is ridiculous. After the shuttle we should have moved to a better shuttle style “Space Plane” concept with both the Launch Vehicle and Space Craft.
The ORION is nothing more than NASA GRASPING for some project they thought they could get a Budget For… And though stating moving ahead, actually wasting tax payer monies with an outdated concept. Same old attitude from Politician that Space is no where to spend money and NASA with no “Cahonies” to fight for what is needed and not just falling back to an old concept… MEANWHILE: Private companies who can sell information and technologies worldwide seem to be taking the lean… NASA seems to be hopping on board just to keep the image they are in charge…. WHAT A FALL FROM GRACE… Nothing to be proud of NASA.