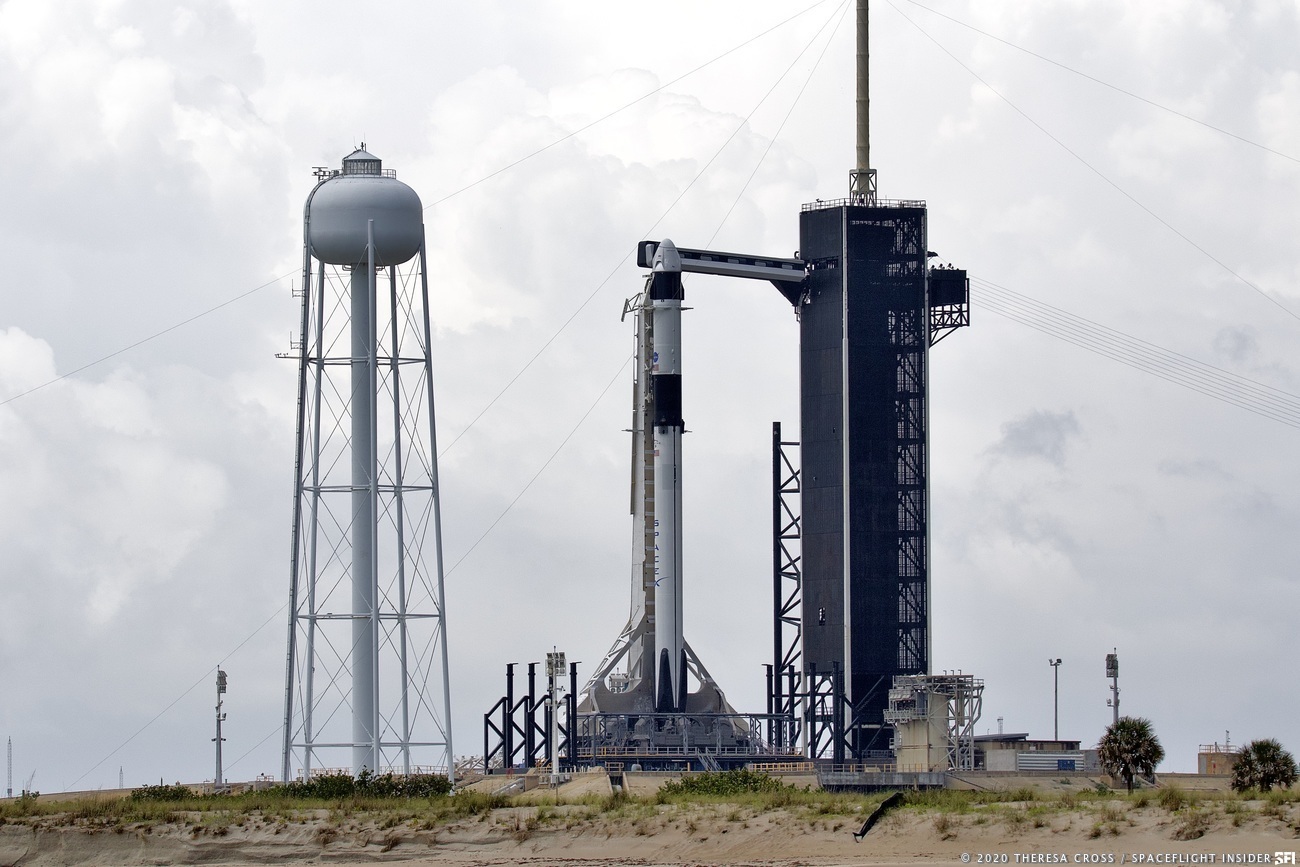 Yesterday’s attempt to launch NASA’s and SpaceX’s Demo-2 mission to the International Space Station was plagued by weather issues that ultimately caused the attempt to be scrubbed. There remains the potential for weather complicate Saturday’s and Sunday’s launch attempts.

The weather on Florida’s Space Coast did not work out in either NASA’s or SpaceX’s favor yesterday. Through out the day, lines of showers and thunderstorms moved through the Cape. At one point during the count, a tornado warning was issued for the part of Brevard County that includes Cape Canaveral and NASA’s Kennedy Space Center. Ultimately, the weather continued to degrade during the count and the launch attempt was scrubbed. 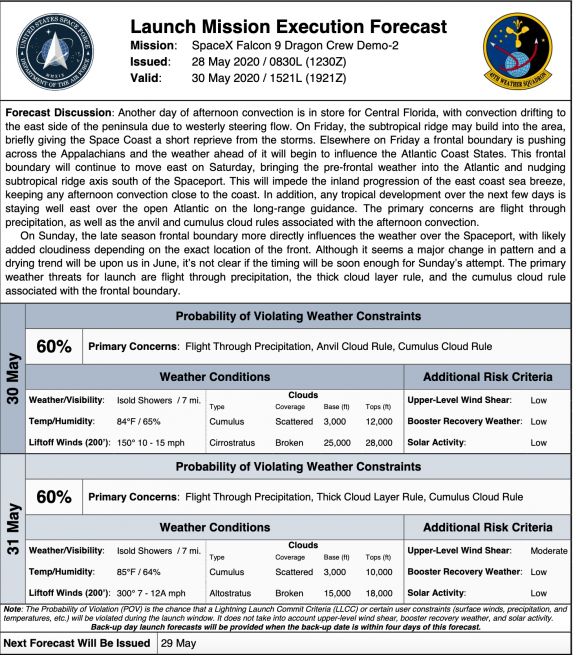 NASA and SpaceX teams hope that the weather will be better for Saturday’s attempt. However, as of Thursday afternoon, the official weather forecast by the 45th Weather Squadron gives the weather only a 40% chance of being acceptable for launch. The weather for Sunday’s backup launch window also only has 40% chance of not violating launch constraints.

In the event that NASA and SpaceX are able to launch on Saturday or Sunday, a new launch day and window will be determined.

We will launch by Monday is my opinion

With the variability of the afternoon systems, it is certainly a possibility. Heck, we almost had an acceptable window on Thursday – missed it by those key 10-15 minutes. That’s a challenge with the fuel-related instantaneous launch window.