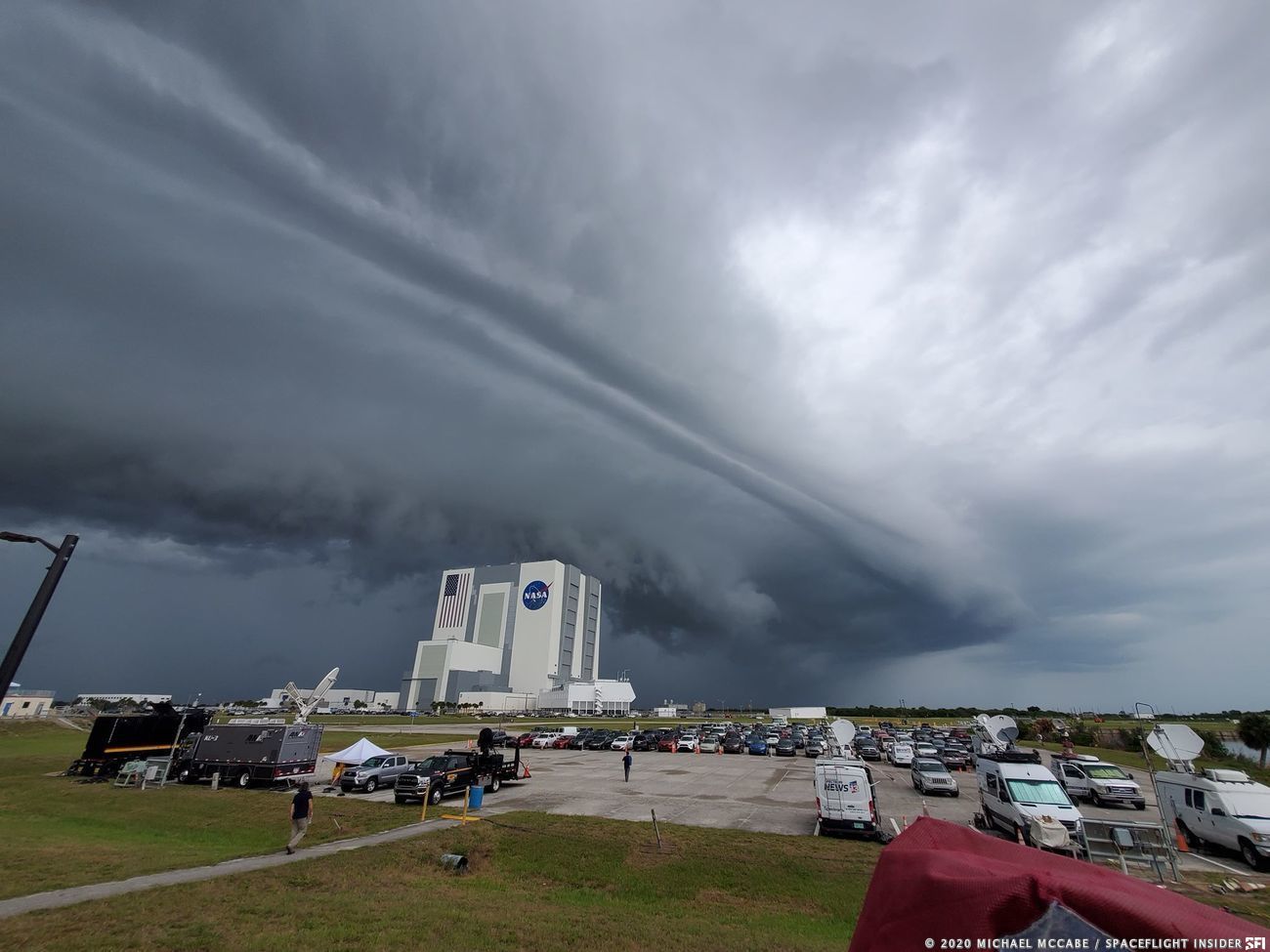 NASA’s historic Demo-2 mission has been scrubbed due to weather over the launch site and off the Florida coast. The next attempt is set to occur on Saturday, May 30 at 3:22 pm local time.

As the world’s attention turned towards Cape Canaveral, the weather had other plans. Weather had been one of the biggest points of discussion in the week leading up to the first attempted liftoff of NASA and SpaceX’s Demo-2 mission. A tropical low-pressure system had been plaguing the Florida peninsula since Sunday, causing many to wonder if Demo-2 would even have a chance to fly on its first attempt on Wednesday. Unfortunately, Mother Nature won the battle today, with cumulonimbus clouds creeping in a little too close for comfort both at the launch site and the abort and recovery sites. 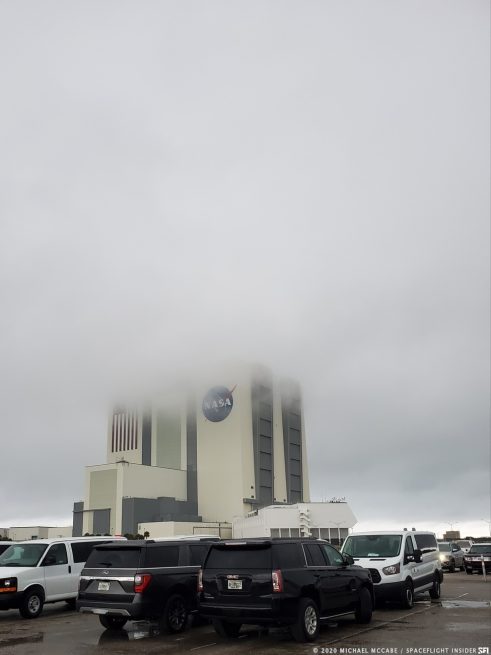 The National Hurricane Center released an update Wednesday morning that tropical storm Bertha had formed off the South Carolina coast, painting a gloomy picture for launch day. The system began a northward trend on Tuesday night, giving way to scattered clouds and periodic thundershowers on Wednesday. However, with a crewed launch comes a higher level of caution when it comes to the go/no-go considerations for weather. At the launch site itself, there are roughly twenty different minimums that must be met for a vehicle to be launched safely including proximity to lightning, cumulonimbus/thunderstorm clouds, precipitation, and wind. Cumulonimbus clouds can prove to be especially tricky, just ask the crew of Apollo 12. Have you ever seen a launch scrub for “cumulonimbus clouds and lightning” yet never see a strike or hear thunder? Rockets can act like a Tesla coil, or giant lightning rod as they move at high velocity through cumulonimbus clouds. The rocket can become electrically charged once it enters the cloud as negatively charged electrons “jump” from the cloud to the rocket, thus creating an artificially created lightning strike. This was the case for the historic liftoff of Apollo 12 as it flew through a cumulonimbus storm cloud. While lightning had not been observed in the area, the vehicle sustained a lightning strike due in part to this very phenomenon.

However, the minimums don’t stop at the launch site. Crew Dragon is a remarkably safe spacecraft due in part to its ability to abort at just about any phase of liftoff. This essentially means that the weather must be “green” at nearly 50 different points spanning the Atlantic coast upto western Ireland. This is why a launch could be scrubbed due to weather even if the skies can be virtually clear at the launch site. In addition to range abort weather being acceptable, the seas also play a significant factor in launch safety. As mentioned before, because of Dragon’s ability to abort at any point during the launch, this means that the seas downrange have to remain relatively calm in order for recovery teams to be able to safely recover the spacecraft.

As the week progresses, a high-pressure ridge is expected to sweep southward towards the flight path, hopefully suppressing tropical moisture and convection. The 45th Weather squadron has given a 60 percent chance of experiencing favorable launch conditions for the first Demo-2 backup window on Saturday. The second backup window is scheduled for Sunday May 31st.