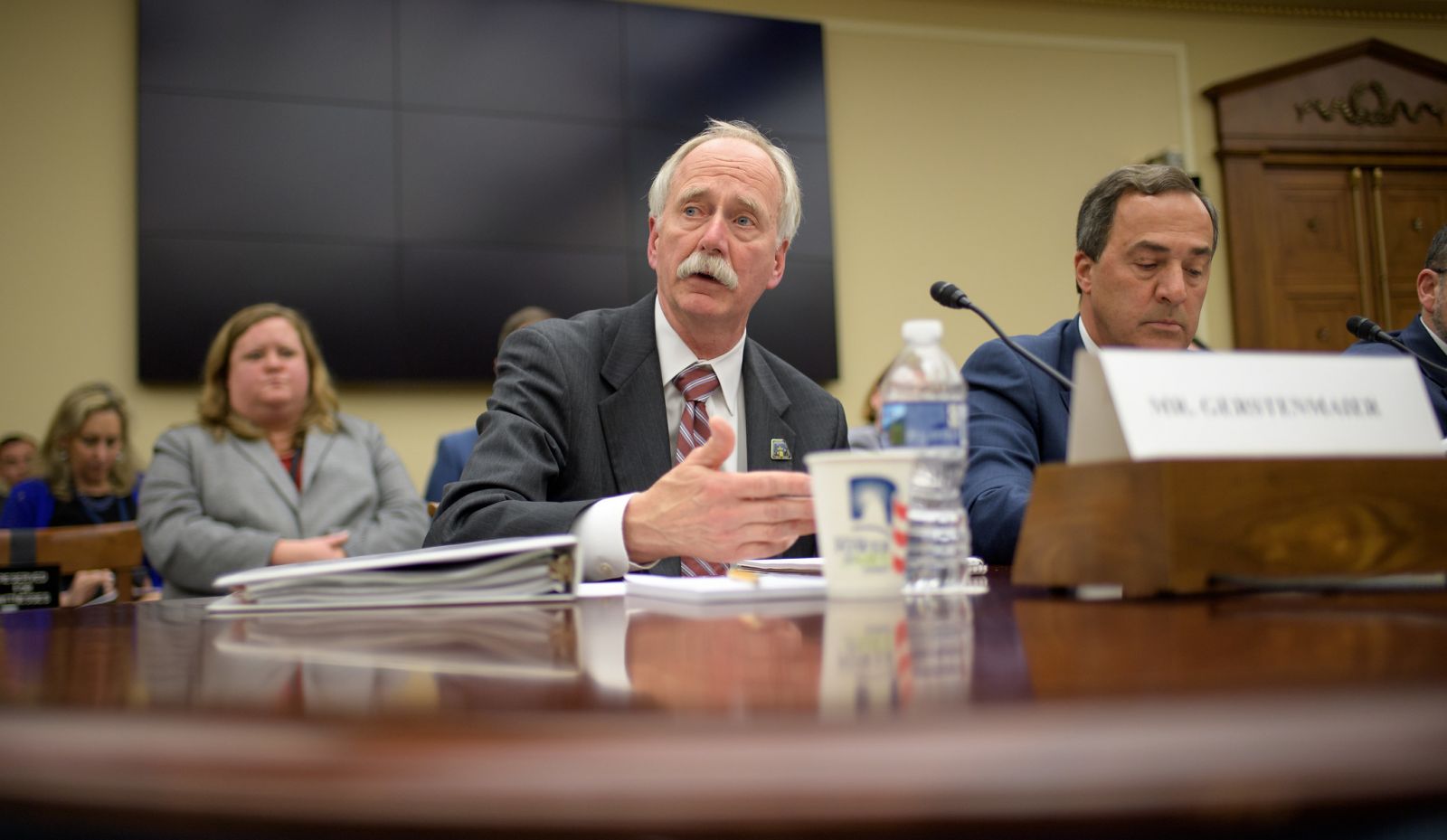 NASA’s Human Exploration and Operations Mission Directorate has undergone a significant change in leadership. According to a tweet posted by Marcia Smith of Space Policy Online, the changes involved two key personnel either being replaced – or relieved.

According to a Tweet from Marcia Smith, William Gerstenmaier has been ousted as the Managing Director of Human Exploration and Operations at NASA.

Gerstenmaier has held the position for almost the last decade and a half since he took over the position in 2005. Previously, he served as Manager of the International Space Station program, Shuttle/Mir Program Operations Manager, and as manager of Space Shuttle Program Integration.

Five-time Shuttle astronaut and Expedition 6 commander Ken Bowersox has been appointed as acting director of Human Exploration and Operations.

In a similar series of events, Bill Hill, Assistant Deputy Associate Administrator for Exploration Systems Development, has been relieved of his position. Hill previously served as Assistant Associate Administrator for Space Shuttle in the Space Operations Mission Directorate and directed the response to the Space Shuttle Columbia accident (STS-107) as well as the recovery of the vehicle and the crew’s remains.

Gerstenmaier spoke at a House Science, Space, and Technology (SS&T) earlier today and gave no sign that any changes were underway according to Smith.

At present, little additional information has been provided. SpaceFlight Insider has reached out to NASA for specifics about these changes and were informed that “it would be inappropriate to discuss specifics about internal personal actions.” We were also provided with the agency administrator’s message to employees (below).

As you know, NASA has been given a bold challenge to put the first woman and the next man on the Moon by 2024, with a focus on the ultimate goal of sending humans to Mars. In an effort to meet this challenge, I have decided to make leadership changes to the Human Exploration and Operations (HEO) Mission Directorate.

Effective immediately, Ken Bowersox will serve as Acting Associate Administrator for HEO. Bowersox, who previously served as the Deputy Associate Administrator for HEO, is a retired U.S. Naval Aviator with more than two decades of experience at NASA. He is an accomplished astronaut and a veteran of five space shuttle missions and served as commander on the International Space Station.

Bill Gerstenmaier, who previously served as Associate Administrator for HEO, will be detailed to a new position as special advisor to Deputy Administrator Jim Morhard. I am grateful for Bill’s leadership. He has provided the strategic vision for some of NASA’s most important efforts, including the International Space Station, Commercial Crew Program, the lunar Gateway, Space Launch System rocket and Orion spacecraft. We, as a nation, are thankful for his service in advancing America’s priorities and expanding the limits of science, technology, and exploration.

Tom Whitmeyer will serve as the Acting Deputy Associate Administrator for Exploration Systems Development within HEO.

Bill Hill, who previously served as Deputy Associate Administrator for Exploration Systems Development within HEO, will be detailed to a new position as special advisor to Associate Administrator Steve Jurczyk. Bill has served NASA and our country well.  He has provided years of leadership and expertise in the development of Exploration Systems like the Space Launch System, Orion spacecraft, and Exploration Ground Systems programs. His strategic direction played a key role during the Space Shuttle Program, helping safely complete 22 successful missions.

NASA has always been fortunate to have great talent that has served our country well. As we work to fill these key positions within HEO, we will stay mission focused knowing that exploration will go forward.

Gerstenmaier may have felt safe and secure because he was regarded as a sacred cow for years within the NASA bureaucracy. But after very little in the way of progress with Orion/SLS, both his and Hill’s responsibility, I hope and pray this clear-out and shake-up at the top may revitalize America’s human spaceflight program.

Bowersox quit spacex so all the fans cheering on the death of the SLS might in fact see somebody less than happy with their experience working for that company now committed to the space agency SHLV.

I keep waiting for Bridenstine to say LEO has to end and that 4 billion a year go into more cores and 6 to 8 SLS launches a year to support the creation of a cislunar infrastructure.

$4 billion would pay for 20 Falcon Heavy launches a year. A far better use of the money. And SpaceX is actually launching the Heavy now, versus some vague distant future date for SLS.

Respectfully, the “Heavy” is not really heavy compared to the SLS and especially future iterations which will lift 130 tons. There will not be future iteration of the faux heavy and it cannot lift a worthwhile payload to the Moon. FH is not even human-rated.

In my view the best plan would be to redirect all LEO funding to expand core and engine production enabling 6 to 8 SLS missions per year. Blue Origin could possibly be a key player by replacing the SRB’s with New Glenn lower stages and providing lunar landers. Unfortunately spacex does not appear to have any useful hardware at this time in regards to returning humans to the Moon.

While smaller vehicles can launch up to 50 tons into LEO the SLS with advanced boosters and upper stage will launch 130 or possibly more since the core is capable of hosting much more powerful boosters and upper stages. The SLS core, when compared to the Saturn V second stage, is far more powerful (and unlike the next smaller vehicle, human-rated).

A billion a launch is popularly claimed for the SLS and redirecting LEO funding to increase cadence would thus lift over 500 tons. Increased cadence lowers cost so with increased funding for a lunar return this would lift 1200 tons with a maximum of 8 launches per year.

In my view these approximate figures are what is needed to establish a permanent human lunar presence. The SLS putting a 20 ton lander in lunar orbit 6 to 8 times a year for the next 30 years. Much like the shuttle did the last 30 years.