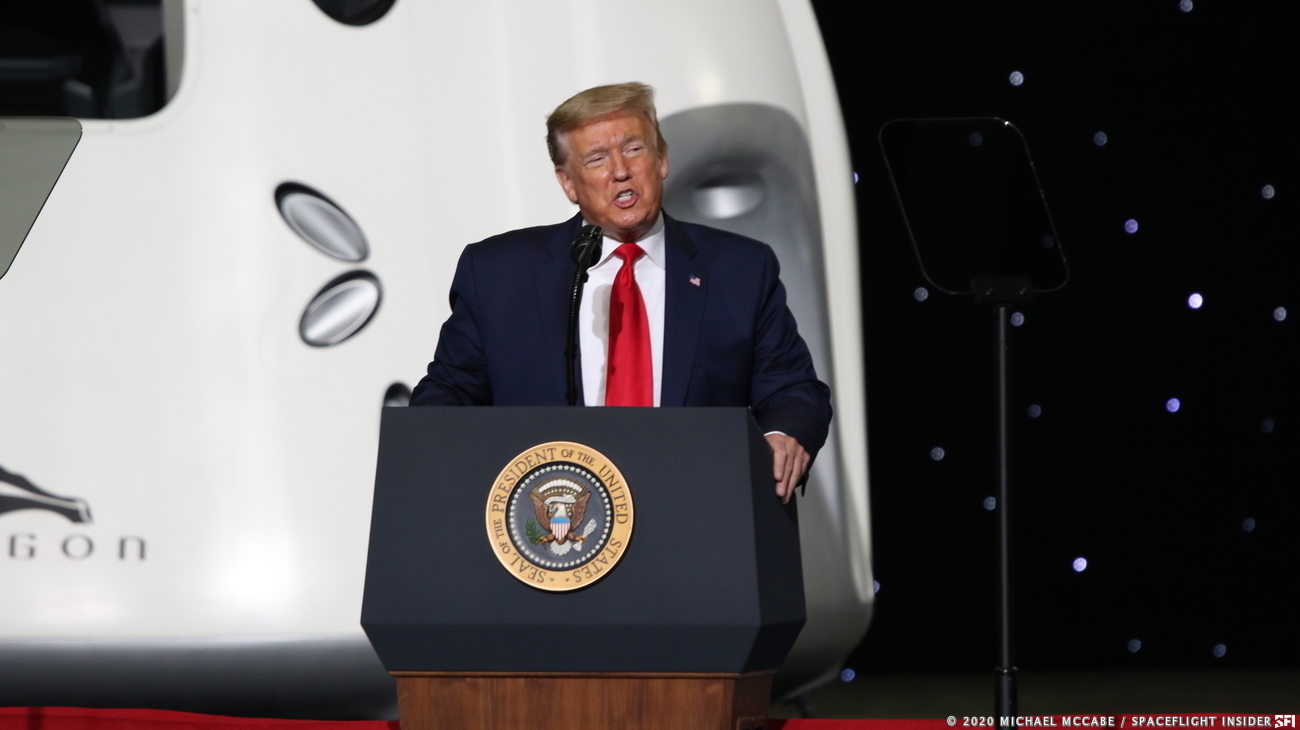 President Donald J. Trump gave a speech inside of NASA’s Vehicle Assembly Building after the successful launch of astronauts Bob Behnken and Doug Hurley on a SpaceX Crew Dragon spacecraft.

SpaceX returned American Astronauts to Low Earth Orbit from the historic launch pad LC-39A at Kennedy Space Center. The Media and Thousands of civilians were on hand to witness this historic launch which is the first to carry humans to space onboard a private sector commercial rocket. The Space Exploration Technologies or also known as SpaceX in the Aerospace community was founded by entrepreneur Elon Musk, and was devised in the beginning to push the boundaries of Human Space Exploration whether it be sending astronauts to Low Earth Orbit on routine flight to the International Space Station or on my prestigious missions like sending humans on the in development Starship Transportation spacecraft designed for Interstellar travel to Mars, Europa, Titan and etc and beyond. 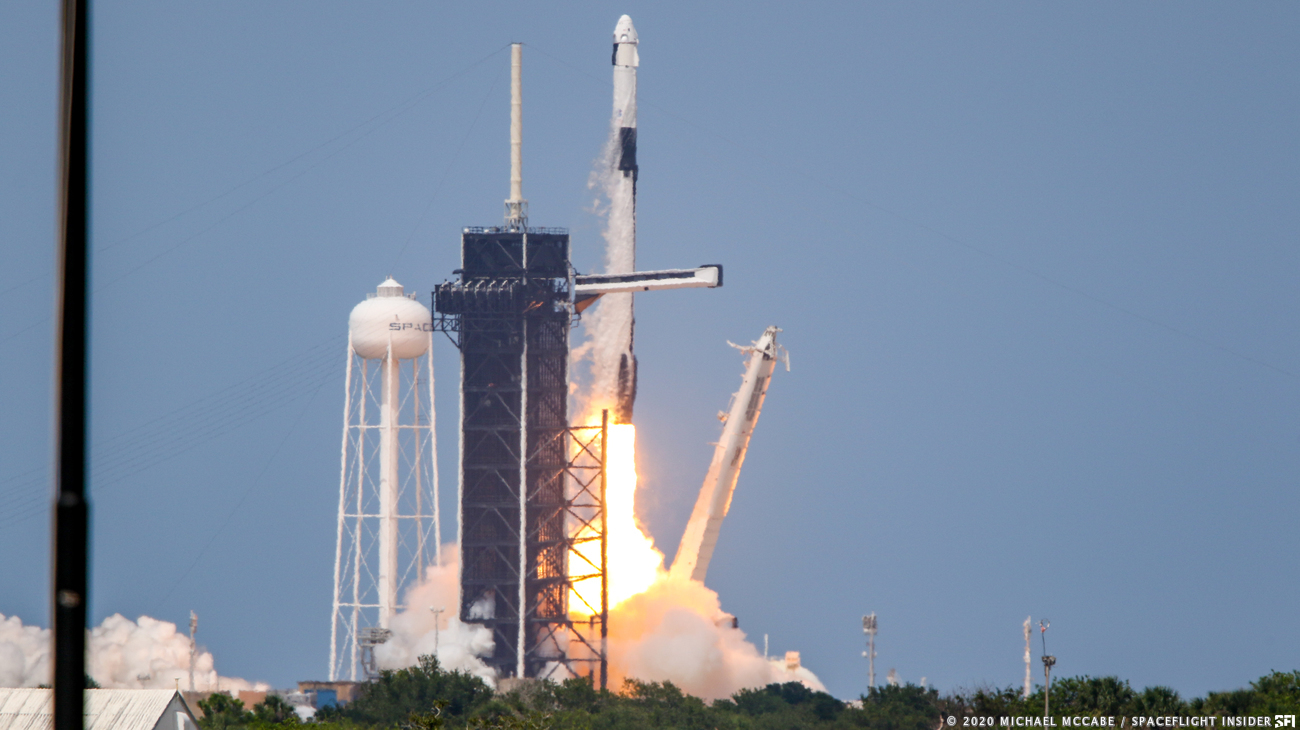 As seen from the Kennedy Space Center Press Site, the Demo-2 mission begins as the Falcon 9 and Crew Dragon accelerate off the pad. Photo: Michael McCabe

Also on hand to witness the historic mission were the 45th President of the Untied States Donald J Trump as well as the Vice President Michael Pence. NASA Administrator Jim Bridenstine and Kennedy Space Center Director Bob Cabana were also on hand. Administrator Bridenstine kicked off the post launch Press Conference on this historic day followed by VP Pence who introduced Elon and praised SpaceX for all they have done . VP Pence then handed the reigns to the President who spoke on behalf of the current situation in the US after the death of George Floyd in police custody by a Minneapolis Police Officer the president condemned the actions of the officer as well as the lack of action from the other officers on site that are accused of not de-escalating the situation as well and lack of action and accessory to the actions that caused George Floyd’s death.

President Trump then went on to speak about this momentous feat completed by Elon and the the rest of the team at SpaceX on how this private venture has changed the game of Commercial aerospace.

” For Elon and 8,000 SpaceX employees today is the fulfillment of a dream almost 2 decades in the making. For years on end they have worked hand in hand with NASA, sculpting aluminum, tightening valves, tuning nozzles and testing parachutes, and filling tanks with thousands and thousands of pounds of kerosene and liquid oxygen. Today the Ground Breaking partnership between NASA and SpaceX have given our Nation the gift of an unmatched power. ” stated President Trump.

A powerful speech to let the American people know we are back in the saddle again. All of this following of the phenomenally successful launch of the SpaceX Crew Dragon spacecraft on the Demo 2 mission for the Commercial Crew Program with USMC Colonel Doug Hurley and USAF Colonel Bob Behnken onboard, which were the first humans to ride into orbit on a wholly commercially manufactured rocket and spacecraft, The next launch of Astronauts from American soil will be in August later this year.