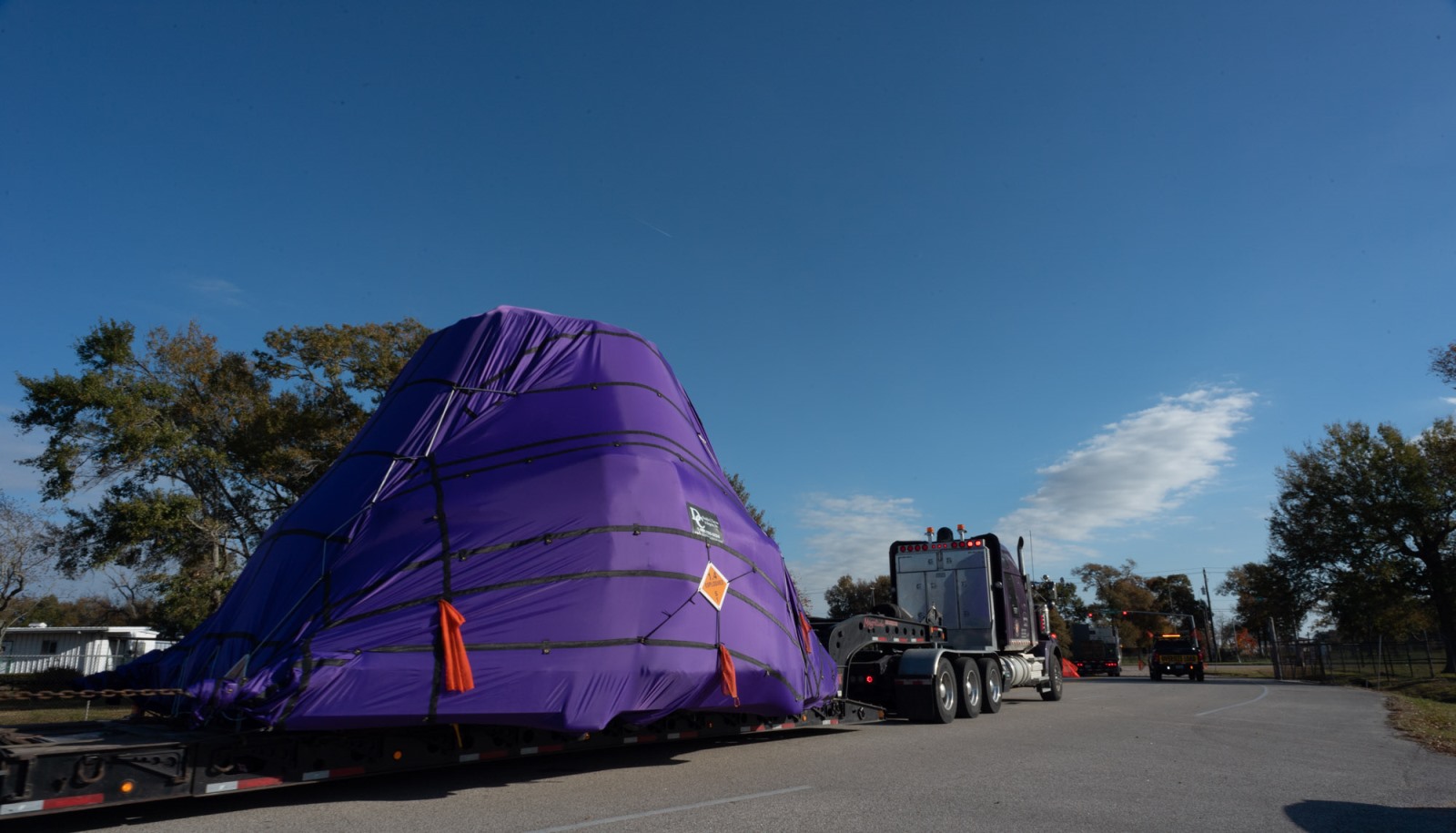 KENNEDY SPACE CENTER, Fla. — The Crew Module of NASA’s Orion spacecraft has been transported to the site of an important test at NASA’s Kennedy Space Center located in Florida. Its journey began at Johnson Space Center and will be used to further the agency’s deep space exploration ambitions.

The Ascent Abort-2 (AA-2) test is designed to be a check out of Orion’s abort system to validate that the system is ready to protect the lives of crews who would use Orion on possible missions to the Moon and Mars. The AA-2 test article left Johnson on Dec. 1 and arrived at KSC four days later.

In the event of an emergency, the spacecraft’s Launch Abort System (LAS) would whisk astronauts traveling in Orion away from possible accidents. When functioning properly, the LAS should spring into action with milliseconds.

During its trek, the flight article was thickly-covered with shrink wrap as well as tarps. As such, it likely didn’t resemble what most would consider a high-tech spacecraft. This mummification process was done to make sure that bad weather or other hazards didn’t cause any damage.

The LAS is slated to undergo a full-stress test at Cape Canaveral Air Force Station, which sites adjacent from KSC, in May of next year (2019).

“The team has completed an amazing amount of work on an accelerated schedule, allowing the program to conduct this test and obtain important data several months earlier than planned,” NASA’s Orion Program Manager, Mark Kirasich stated via an agency-issued release.

Now that it’s at KSC, the AA-2 test crew module will be merged with its LAS and checked to make sure that it is ready for testing. Once this has been finished, the complete test article will then be moved to the pad where it will be mounted to a test booster. The flight article has been equipped with a separation ring so that it is able to be integrated atop the rocket.