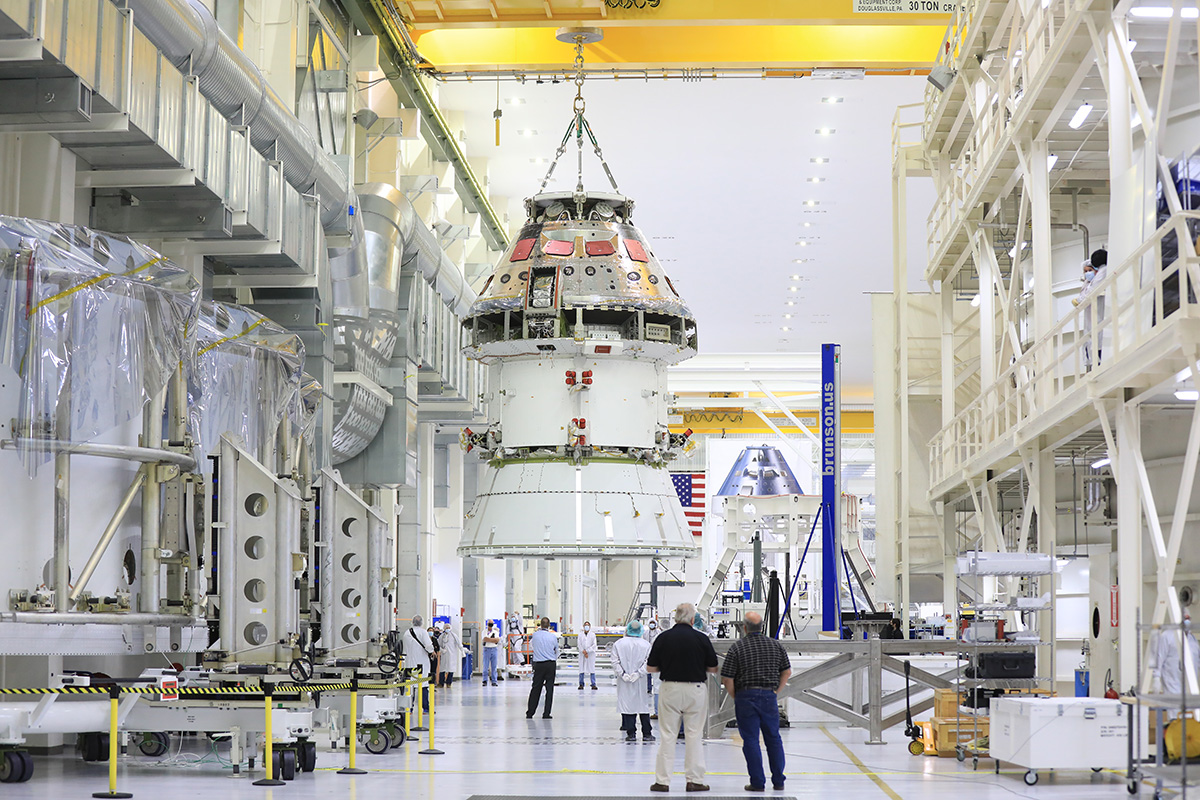 The Orion capsule and European Service Module for the Artemis-1 mission is moved within the Neil Armstrong Operations & Checkout Building at NASA’s Kennedy Space Center in Florida. Image: NASA

On September 1, NASA announced that the flight-ready Orion Crew capsule had completed a significant milestone in preparation for its voyage on the first launch of the Artemis Program, Artemis 1. In order to make sure that Artemis 1 is ready to fly, it recently had to undergo a System Acceptance and Design Certification Review. This final checkout conducted by NASA, examines every aspect and system of the spacecraft including inspection reports, and test data, to ensure that the technical integrity of the vehicle is sound and that it is ready for final integration for the launch vehicle.

The review examined not only the vehicle hardware but also the production quality, safety procedures, and operations manuals that are integrated within the spacecraft operation. Now that the review is complete, the vehicle is ready to be mated to NASA’s Space Launch System rocket in preparation for its launch that will take the spacecraft around the moon, and return it back to earth.

Built by Lockheed Martin, the Orion spacecraft represents NASA’s next giant leap in human space exploration. Designed to be the first human-rated capsule for exploration beyond the moon, Orion is NASA’s biggest and most advanced capsule to date. It’s capable of carrying up to six people, and is powered by eight R-4D-11 engines and a single Aerojet Rocketdyne AJ10 engine. Orion features a modernized flight deck designed to mimic those of advanced airlines, including a glass cockpit and an automated docking feature. The spacecraft is also an international effort, as the European Space Agency contributed the European Service Module, designed and built by Airbus. 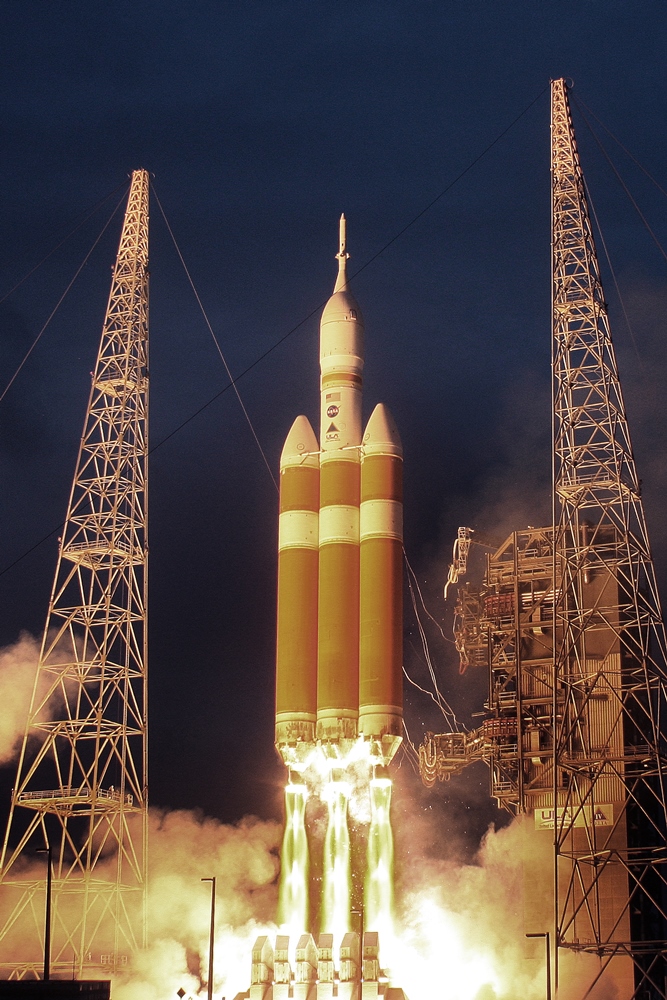 Orion’s maiden voyage took place on December 5, 2014 aboard a United Launch Alliance Delta IV Heavy rocket as part of NASA’s Exploration Flight Test 1. The first test flight took Orion past the Van Allen belt to expose the spacecraft to the very same radiation levels it is expected to encounter on deep space missions. Orion proved its capability by safely returning to earth approximately four hours after liftoff, ultimately splashing down in the Pacific Ocean.

As the Artemis 1 Orion spacecraft completed its final checkouts, the SLS core stage for the launch is undergoing the final stages of its “green run” testing at the Stennis Space Center in Mississippi. Work is continuing despite ongoing challenges from evolving COVID restrictions, with technicians having recently completed the gimbal test of the vehicle’s four RS-25 main engines. Later in the fall, the four main engines will be hot fired for a full-duration test expected to last approximately eight minutes. Once the green run testing for the core stage is complete, the stage will be shipped to Kennedy Space Center in Florida on board NASA’s Pegasus barge, where it will be integrated with the rest of the Artemis-1 flight hardware including the Orion Crew capsule in preparation for its debut launch, currently scheduled for No Earlier Than Novermber 2021.

And hopefully a full software integration test will also be performed.
Cheers
Neil