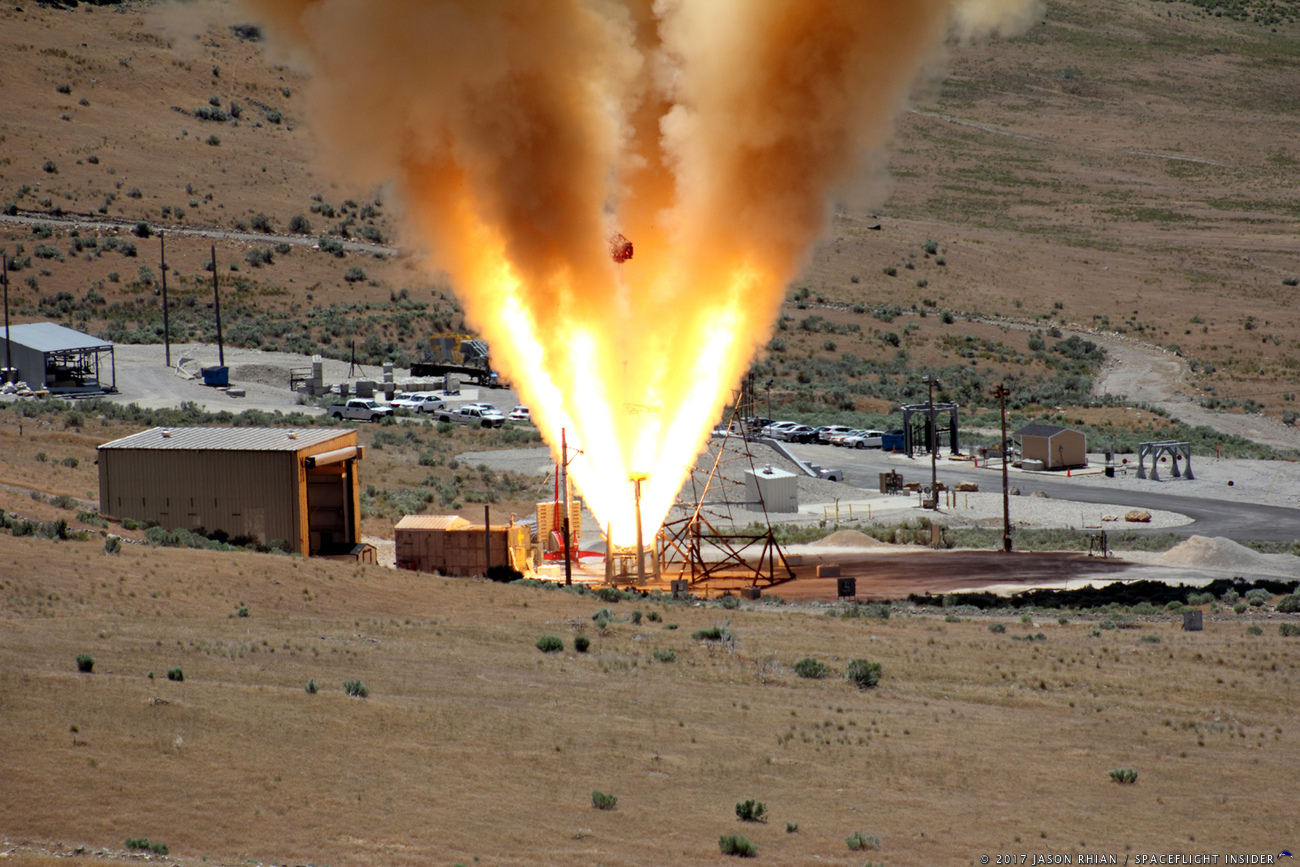 Sending crews to destinations such as the Moon and Mars is not easy. As many within the space industry will tell you, one of the most harrowing times during these missions is the first few minutes of the flight. A test carried out today worked to make this tense period a little less stressful for NASA’s mission managers. 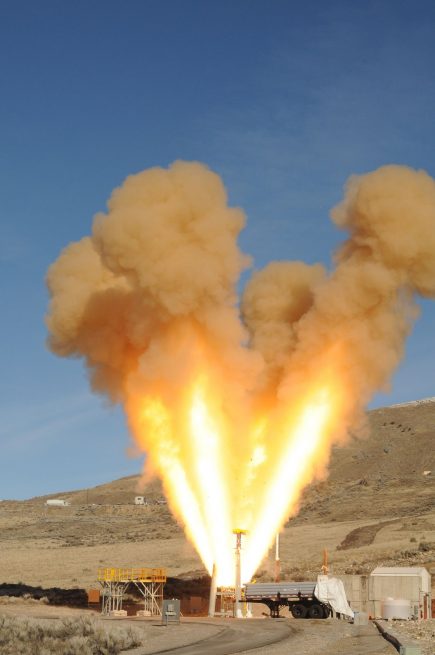 On Dec. 13, 2018  at 11 a.m. MST, Northrop Grumman Corporation test fired the abort motor for NASA’s Orion spacecraft Launch Abort System (LAS). The test was carried out at the company’s remote Promontory site in the deserts of Utah. Northrop Grumman (at the time Orbital ATK) carried out the Qualification Motor 1 (QM-2) test back on June 16, 2017, making this test QM-2.

The unique profile of the test saw the four motors activate and shoot fiery plumes into the air. If they are ever required, the motors would fire pointed toward Earth, today they were activated in the vertical position, with the motors pointed skyward. Thursday’s activities were carried out to see how the motor will perform under “cold” conditions (under 27 F).

“For our astronauts’ safety is our top priority,” said Steve Sara, director, launch abort motor program, Northrop Grumman. “We never expect the launch abort motor to be used, but just like an ejection seat in a fighter pilot’s aircraft, if they need it, it needs to work every time.”

The Launch Abort System is designed to ensure that, should something go wrong, crews can be pulled away from the Orion spacecraft to safety.

The recent failure of a Russian Soyuz-FG rocket helps underscore just how vital systems such as this one are. A duo of crew members on their was to the International Space Station were whisked away when a problem was detected with their Soyuz-FG rocket (albeit by a very different system) on Oct. 11 of this year (2018).

Compared to the massive Space Launch System (SLS) rocket which it and Orion will be a part of, the Launch Abort Motor’s 17 feet (five meters) might seem small but, as noted, its role is critical.

The LAS has a diameter of about three feet (about one meter). Today’s test lasted for five seconds, during which it generated a plume that ascended an estimated 100 feet (30 meters) skyward.

The LAM isn’t designed to conduct a rocket “marathon” as its larger cousins do, it’s meant for more of a “sprint” as the length of the time that the test took implies. The LAM burns about three times faster than a typical motor of this size does and generates an estimated 350,000 pounds of thrust (in one eighth of a second).

The LAM will be incorporated onto Orion which is being constructed by its prime contractor, Lockheed Martin.

“It appears to have been a successful test – all data so far appears to be nominal, which is what we want,” Sara told SpaceFlight Insider. “We’re also excited about our next steps for the program, including shipping the EM-1 motor to Kennedy Space Center in February, and then of course, supporting the AA-2 test flight in May.”