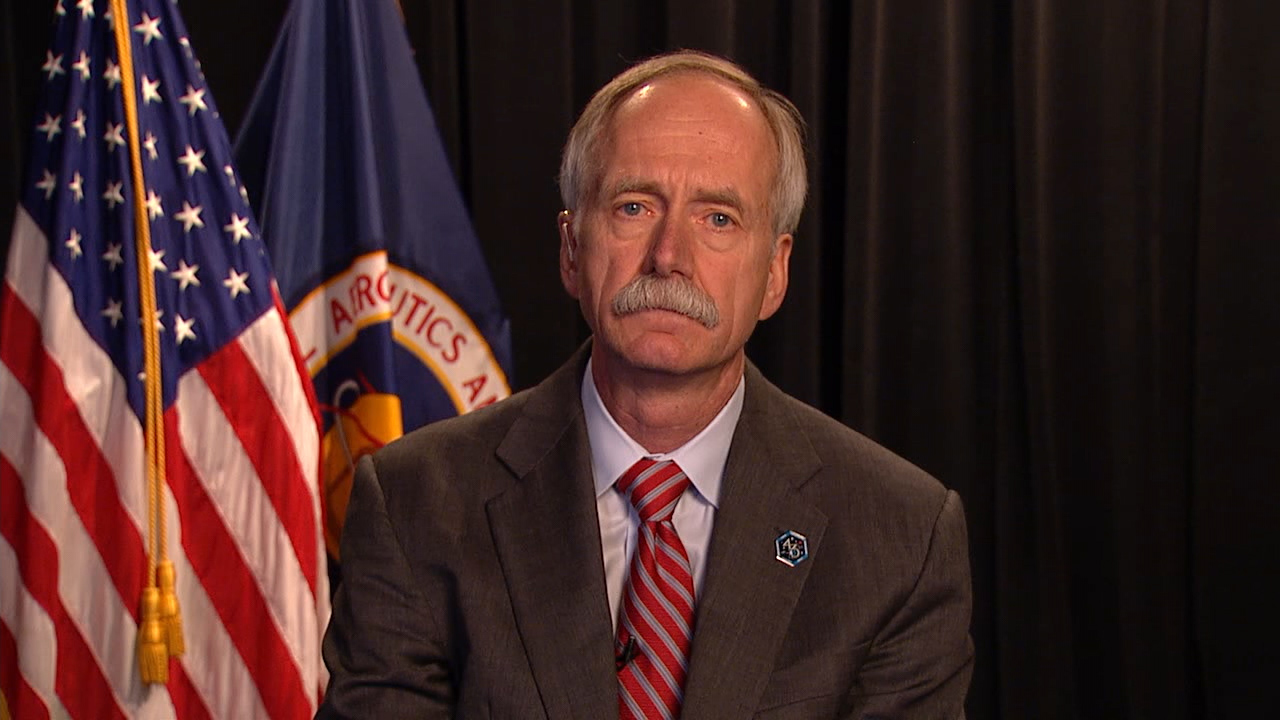 CLEVELAND, Ohio — The reassignment of long-time NASA Associate Administrator for Human Explorations and Operations, Bill Gerstenmaier, came as a shock to most everyone in the space flight community. Such was made clear at the Glenn Symposium which was held July 10-12.

Gerstenmaier is highly-regarded and has served in the post for over a decade. There had been no discernible hints of any displeasure or any leadership rifts involving Gerstenmaier and other NASA or those within President Trump’s administration.
Nevertheless, late on July 10, NASA Administrator Jim Bridenstine announced through a memo to NASA employees that Gerstenmaier was being reassigned as a special assistant to NASA Deputy Administrator Jim Morhard. Former astronaut Ken Bowersox, who was serving as Gerstenmaier’s deputy, was given the nod to take over as acting associate administrator.
The following day, July 11, both Morhard and Bowersox were in attendance at the Inaugural John Glenn Memorial Symposium in Cleveland, Ohio. The event was hosted by the American Astronautical Association in conjunction with the NASA Glenn Research Center.
Morhard was the opening speaker for the event, but did not address the leadership change in his remarks. Gerstenmaier had been scheduled to speak later in the morning about the planned Lunar Gateway. Bowersox gave the presentation instead.
Spaceflight Insider had a chance to ask the two administrators about the leadership change.
“Bill Gerstenmaier has been a visionary,” Morhard told Spaceflight Insider. “You think of commercial crew, you think of ISS, you think of SLS, you think of Orion, you think of Gateway. He’s led them all. I mean, this is an amazing man that we have to thank for what he’s done for the country and for NASA as far as advancing our priorities in science and technology, and in exploration. So this isn’t easy, to say the least.”
“But you look at folks in his position,” Morhard continued, “their normal lifespans have been about three years. Bill was there eleven! So, you know, people are shocked, but the reality is we have change. There’s going to be constant change for what we need to do.”
Morhard was asked if there was a change of direction or a new sense of urgency that precipitated the decision.
“You know there’s a sense of urgency,” he said. “And certainly a fresh set of eyes is always helpful. But again, for a gentleman like Bill, who has been there, eleven years is a long time for any position at NASA. There’s nothing that Bill did wrong. That’s for sure. Ken Bowersox has played important roles in commercial space, at NASA, at the Navy. We have full confidence in him in making this transition.”
Bowersox was still adjusting to the news of his new assignment.
“All I can tell you is that it took me by surprise too,” Bowersox told Spaceflight Insider. “And I just think the world of the guy that hired me, Bill Gerstenmaier. And I can tell you story after story about him, working with him and for him over the years. All I know is he would want us to keep moving forward and that’s what we’re going to do. We’re going to move as fast as we can, and we think the best way to honor our boss, Bill Gerstenmaier, is to move as fast as we can forward to the surface of the Moon.”
Bowersox is highly qualified to lead that effort. He is the veteran of five Space Shuttle missions and an extended stay aboard the International Space Station as commander of Expedition 6. Bowersox served as vice president of Astronaut Safety and Mission Assurance at Spacex from 2009 to 2011. He has worked as a consultant to clients in the space industry, and served on the NASA Advisory Council before being hired into the position as NASA deputy associate administrator for Human Explorations and Operations.
Another announcement in Bridenstine’s memo was the reassignment of Deputy Associate Administrator for Exploration Systems Development, Bill Hill. Hill will be a special advisor to Associate Administrator Steve Jurczyk. Hill’s former position will be taken over by Tom Whitmeyer.
Gerstenmaier began his NASA career at NASA Glenn (then the NASA Lewis Research Center) as an aeronautical engineer working on Space Shuttle wind tunnel tests in 1978. Through the years he served in leadership positions on numerous Space Shuttle and ISS programs, including as Manager of the ISS program in 2002. He became associate administrator for space operations in 2005, and was named associate administrator for human exploration and operations when NASA merged its exploration and space operations mission directorates in 2011.

Bowersox sounds almost nonplussed if reluctant about his new assignment. It’s actually a unique opportunity to do what no-one at NASA has tried to emulate since Apollo 17. So if I (and most other readers 40+) are going to witness the first humans leaving earth orbit before departing this life then more positivity at NASA HQ. I guess it’s why Trump told Bridenstine to dump Gerstenmaier.