NASA hopes to have Orion back at KSC before Christmas 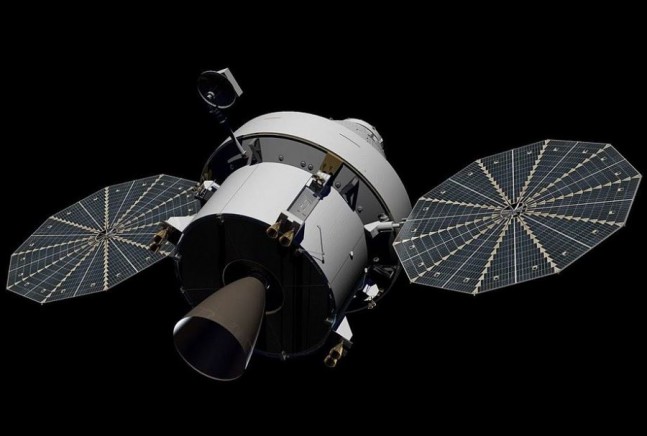 KENNEDY SPACE CENTER, Fla — Officials working on NASA’s new crew rated spacecraft are hoping that, if everything goes according to plan come launch day, that the Orion spacecraft carrying out Exploration Flight Test 1 (EFT-1) – will be back “home” in time for Christmas. The space agency provided this date during a press conference held on Dec. 2, 2014 detailing Orion’s status.

This marks the first trip into the black of space for Orion, the mission will last four-and-a-half hours encompassing some two orbits. Orion will travel some 3,600 miles beyond Earth and then return to Earth at the blistering speed of 20,000 miles per hour.

“When the vehicle splashes down, we will already have helicopters in the air. The Navy guys will then go out in two types of boats,” said Mark Geyer, NASA’s Orion Program Manager. “We should get Orion back just before Christmas, it will come back to the pier where we’ll unload it and we’ll have some operations prior to putting it into the canister which we’ll load Orion onto a truck and then ferry it back to KSC.”