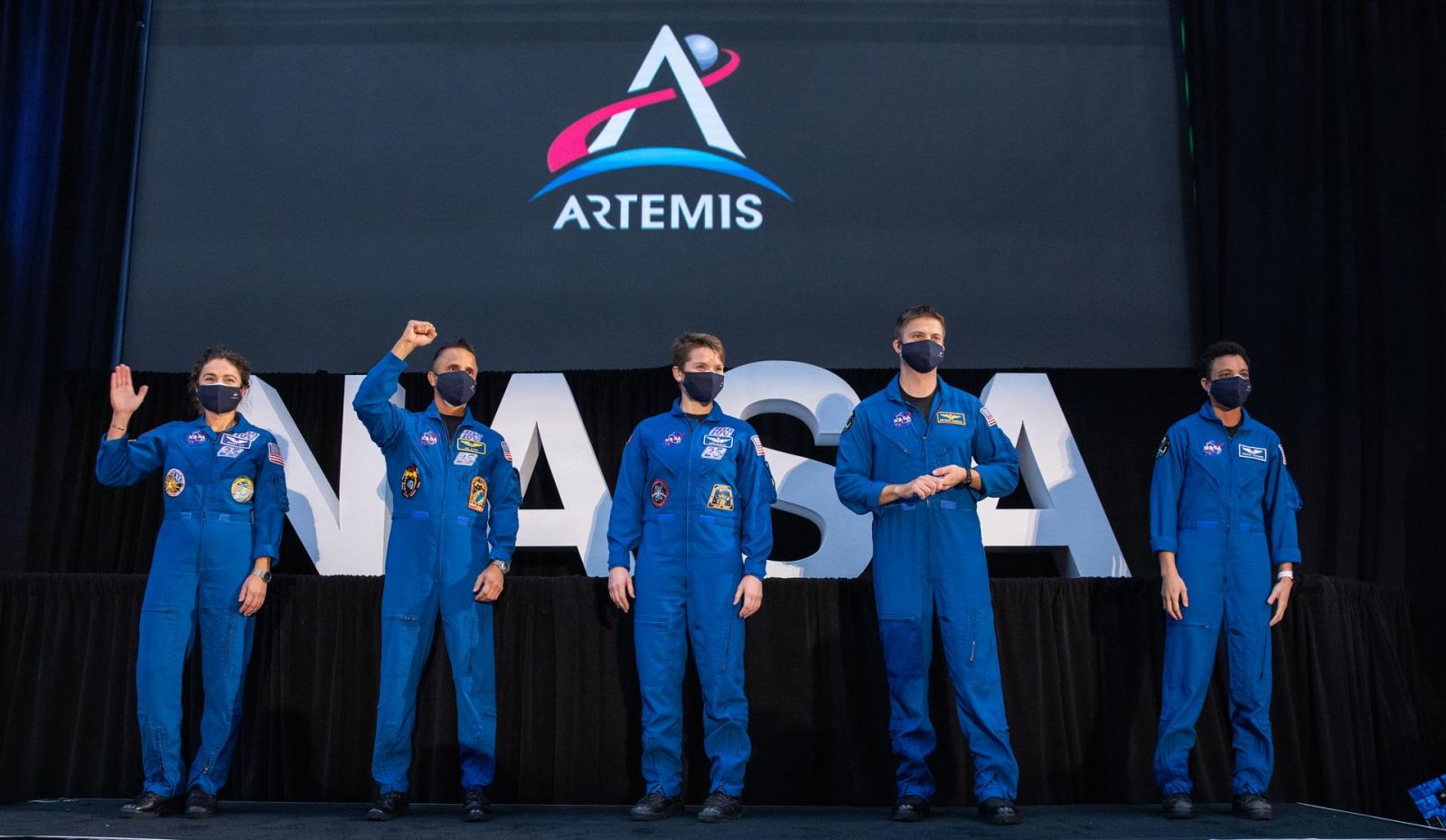 From left to right: NASA astronauts Jessica Meir, Joseph Acaba, Anne McClain, Matthew Dominick, and Jessica Watkins. These astronauts were introduced as part of the 18-member “Artemis Team” during a National Space Council meeting inside the Apollo/Saturn V Center at the Kennedy Space Center Visitor Complex in Florida on Dec. 9, 2020. Credit: NASA

In a somewhat unannounced and surprising fashion, U.S. Vice President Mike Pence announced the 18 astronauts that will be focused on advancing the Artemis program, including those who will be first to fly aboard the Orion capsule as early as 2023. 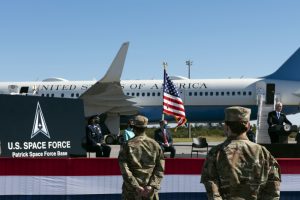 While the change in nomenclature of the two bases was mostly expected, what was not expected was that Pence would be making the announcement of the first group of Artemis astronauts.

The team of 18 astronauts includes include nine men and nine women of varying scientific backgrounds and space flight experience.

While Rubins and Glover are currently aboard the International Space Station, five members of the most diverse group of astronauts NASA has ever selected were able to be at the announcement in person. The rest joined via video call.

The astronauts will be trained to fly aboard NASA’s Orion capsule, which will be carried into space by the Space Launch System rocket. The first crewed flight of the system is expected to occur as early as 2023. Known as Artemis 2, that mission is slated to make a lunar flyby before returning to Earth.

The first crewed Moon landing is expected to occur as soon as 2024 during the Artemis 3 mission.

The Artemis program is part of NASA’s ambitious plan to accelerate the development of the SLS rocket in order to land the first woman and the next man on the lunar surface by 2024. 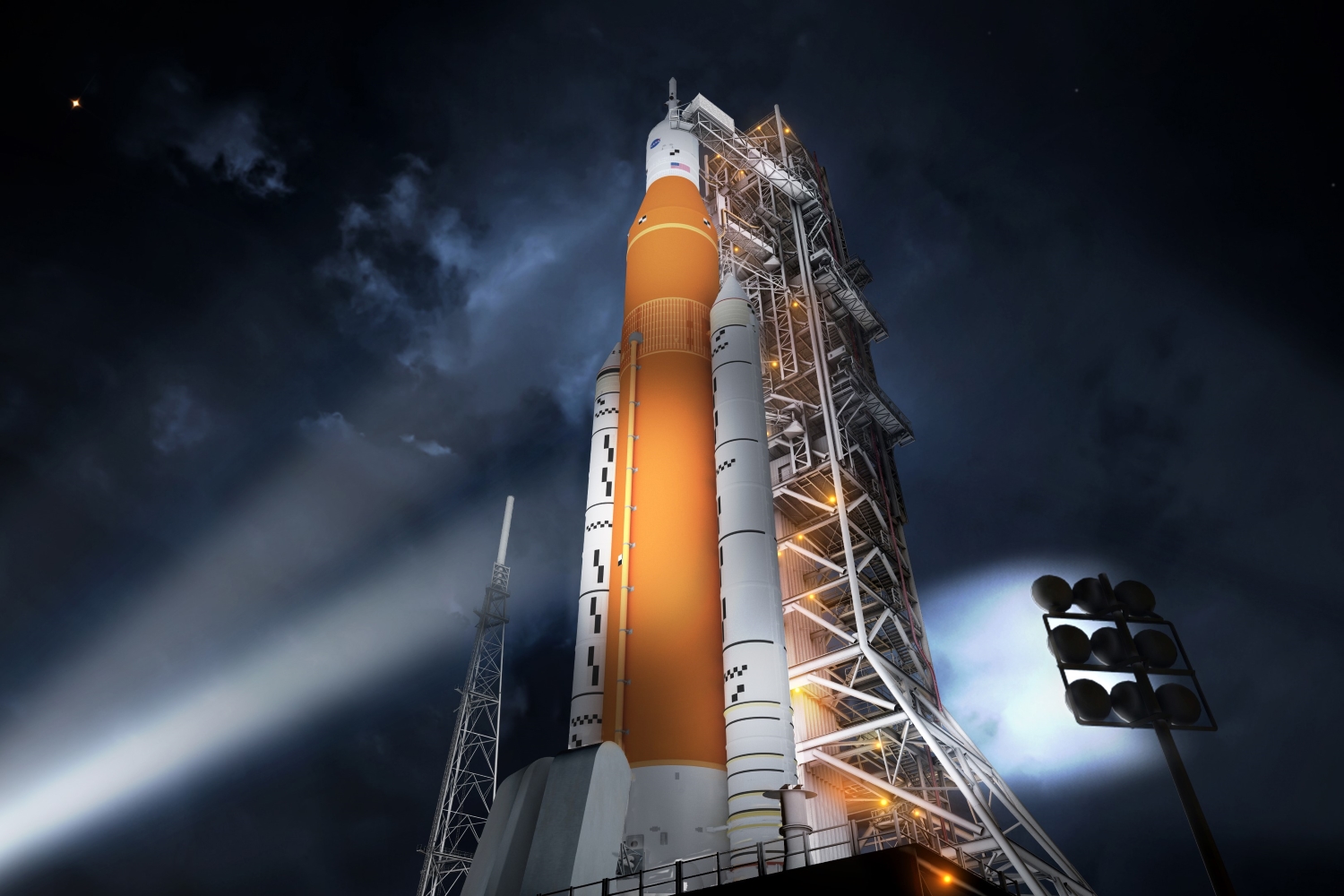 While the target of 2024 has been criticized and deemed unrealistic, the naming of the potential Artemis crew members represents a significant step toward making the next giant leap on the Moon.

It is unclear what a new presidential administration will mean for the future of the Artemis program, however, the general consensus of an eventual return to the moon remains a bipartisan agreement. The main question relating to this is when will a landing realistically occur.

Flight hardware for the first three SLS flights are in various stages of construction with all of the components for the uncrewed Artemis 1 mission either ready to be stacked for flight or in the final stages of testing.

In particular, the core stage of the first SLS rocket is currently undergoing Green Run testing at NASA’s Stennis Space Center in Mississippi. However as of writing, no hardware exists for an actual Moon landing (i.e. a Human Landing System). The outcome of the Artemis 1 mission will largely influence the flight date of the first crewed mission of the Artemis program.

The future and pace of the program will largely depend on the amount of funding Congress sees fit to grant NASA in the midst of a global pandemic and an economic crisis. Today’s announcement provides the human element to the mix of hardware already being developed in order to enable a potential 2024 lunar return.