Challenges for Orion and SLS: an interview with GAO director Cristina Chaplain 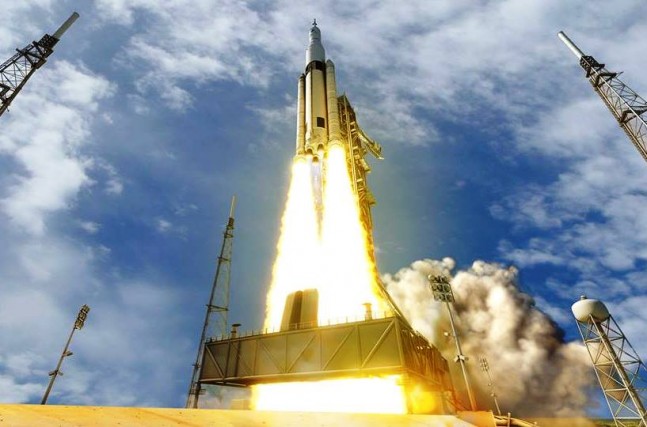 The Government Accountability Office (GAO ) is the auditing, evaluation, and investigative arm of Congress, which exists to support Congress in meeting its constitutional responsibilities and to help improve the performance and accountability of the federal government. On Dec. 10 the Space Subcommittee of the House Science, Space and Technology Committee held a hearing on the progress of the nation’s next generation deep space exploration Orion vehicle and the heavy-lift rocket that will be used to send it into the black – the Space Launch System (SLS ).

GAO Director of Acquisition and Sourcing Management Christina Chaplain testified on the progress of both SLS and Orion, which are being developed for deep space human missions that will take astronauts to an asteroidand Mars. In an interview with astrowatch.net Chaplain discussed challenges that NASA’s human space exploration programs have to face, and overcome, in order to successfully send U.S. astronauts beyond Earth.

Astrowatch.net: What are the main challenges that NASA’s human space exploration programs have to face now?

Christina Chaplain: “We reported on a funding gap for SLS but by delaying the launch date to November 2018 (and if the budget passes as-is), NASA will have some relief from that gap. The delay will also alleviate schedule pressure for the core stage. So right now, the challenges for SLS are the types of inherent engineering and technical challenges that face any program of its nature.

Orion is facing a funding risk as well and it is facing challenges with the heat shield and parachute system. But perhaps more challenging is the fact that there is considerable development left for human support systems for Orion. We have not reviewed the ground system in detail. In the long run, funding and affordability issues are likely to challenge all the programs.” Astrowatch.net: What is the most probable date of the first SLS launch?

Chaplain: “NASA has a 70 percent confidence level in the November 2018 date but Orion has not set its official date yet and even November 2018 may be a challenge.”

Astrowatch.net: William Gerstenmaier, NASA’s Associate Administrator for Human Exploration and Operations said at the hearing, that even more funding won’t keep the 2017 date for SLS, is it true? What are your thoughts on this?

Chaplain: “I would agree. At this point the schedule for the core stage is very compressed. There is very little room to address problems to meet the December 2017 date. Much of the work is serial so money can’t really speed things up too much at this point.”

Astrowatch.net: What technical or other problems need to be resolved to allow Orion’s first manned mission launch?

Chaplain: “I mentioned the Orion challenges earlier. One key thing is that the European Space Agency will be a partner in developing human support systems. It may be challenged to deliver on time.” NASA has proposed an ever-evolving booster in the SLS. The first version would be the 70 metric ton variety shown in this artist’s illustration. It would eventually grow to a variant capable of lifting 130 metric tons to orbit. Image Credit: NASA

Astrowatch.net: GAO urges NASA to specify its plans beyond the Exploration Mission-2 (EM-2) in 2021, what has your office already learned from the agency about this stage of human space exploration?

Chaplain: “At this point there are no official missions beyond EM-2 and there are no cost estimates or even ranges depending on possible missions. The uncertainty puts NASA at risk of making decisions today that might not make sense tomorrow. While there seems to be consensus that Mars is the long-term destination, decisions on how and when to get there can impact decisions today as well as costs in the long term.”

Astrowatch.net: Do you think the costs of SLS, Orion and Ground Systems Development and Operations (GSDO ) Program will increase?

Chaplain: “If NASA sets Orion cost estimates through EM-2 at 70 percent, then there will be a reasonable chance that costs will not increase significantly before the second flight. But complex programs like this tend to encounter problems that they did not anticipate and are expensive to resolve. Establishing cost estimates at 70 percent confidence is a good practice and should help prevent such growth.”

Astrowatch.net: Is the $18 billion for NASA in ‘CRomnibus’ spending bill enough to push the program forward and avoid other delays?

Chaplain: “The Omnibus should help keep the programs on track at least for the next year.”

As it is currently scheduled, NASA is planning to launch the first SLS in 2018 on what the space agency has dubbed Exploration Mission 1 or “EM-1.” It will be a full three years later before astronauts ride the SLS and Orion duo to a mission planned for cislunar space. NASA has stated that it is planning to send astronauts to an asteroid that will be ferried into lunar orbit. NASA has described SLS as being the booster which will send crews to as asteroid and, one day, Mars. Image Credit: NASA

There is only one worthwhile destination: the Moon. The ARM and the “horizon goal” of Mars are blunders that will have to be undone before any progress can come about.

Um no. been there done that. why waste the money to do something we’ve already done decades ago?? Do it, just to do it? because its easier? The ARM and Mars plans are missions that make sense for NASA, which is not a private for profit company, but a government agency whose mission is to further human knowledge and manned exploration. The ARM and Mars missions further both of those goals and politically speaking serve to catch the publics imagination and its interest/curiosity in space. Which is important for NASA to get the budgets it needs to do ambitious projects. The more than 3 decade focus on low-earth orbit has been a disaster in this regards, and I think played a part in NASA’s shrinking budget through the period (along with the space race with the USSR ending). Why waste precious public resources just to do something that’s “routine”? I know I have family members who would rant against the space program as it has existed after the moon landings, since, to them it wasn’t doing anything exciting and was simply wasting taxpayer dollars. Having ambitious goals is vital.