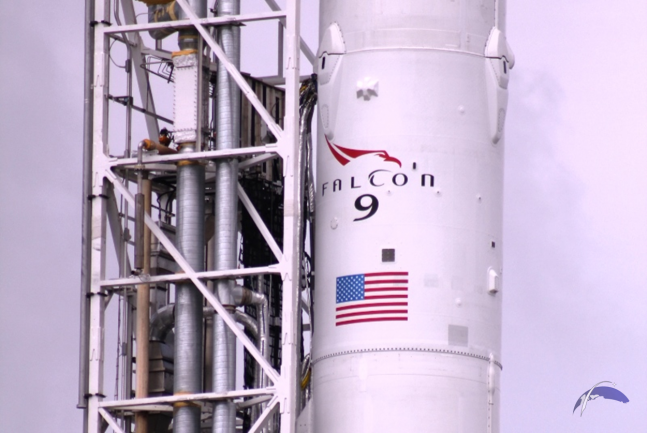 CAPE CANAVERAL, Fla — The long-delayed launch of a Space Exploration Technologies (SpaceX ) Falcon 9 v1.1 and its cargo of six Orbcomm OG2 communications satellites – will have to wait a little longer. While weather had been the chief cause of concern as to why this evening’s launch might be delayed. A last minute technical issue appeared that stymied engineers and caused the eventual scrub. Just a few minutes before the 58-minute launch window opened at 6:08 p.m. EDT (2208 GMT), flight controllers noted a pressure decrease in the Falcon 9 v1.1’s upper stage. Powered by a single Merlin 1D engine, this part of the launch vehicle is tasked with placing the six Orbcomm OG2 satellites into their proper orbit.

Believing that they could resolve the issue before the close of the launch window at 7:01 p.m. EDT (2301 GMT) SpaceX engineers forged ahead and attempted to resolve the issue. With a new launch time set it appeared as the problem had been resolved. However, once again, just a few minutes prior to launch the issue appeared and caused the launch to be cancelled for the day.

There have been a number of delays in getting this mission underway, with two launch dates scheduled and passed on ate last year. Then, on May 8, during one of the prior launch attempts, SpaceX was conducting the normal static-fire test when a helium leak was discovered. The slips on June 11, 12 and 15 were due to issues with the Orbcomm spacecraft themselves. Technicians with Orbcomm wanted additional time to review some of the readings that were detected in one of the six spacecraft. Despite the payload issues, SpaceX opted to press on with the static-fire test, successfully carrying that out on June 13.

It is not presently known if the launch team will use the backup launch date of June 21 or not. Stay tuned to SpaceFlight Insider for more details as they are made available.