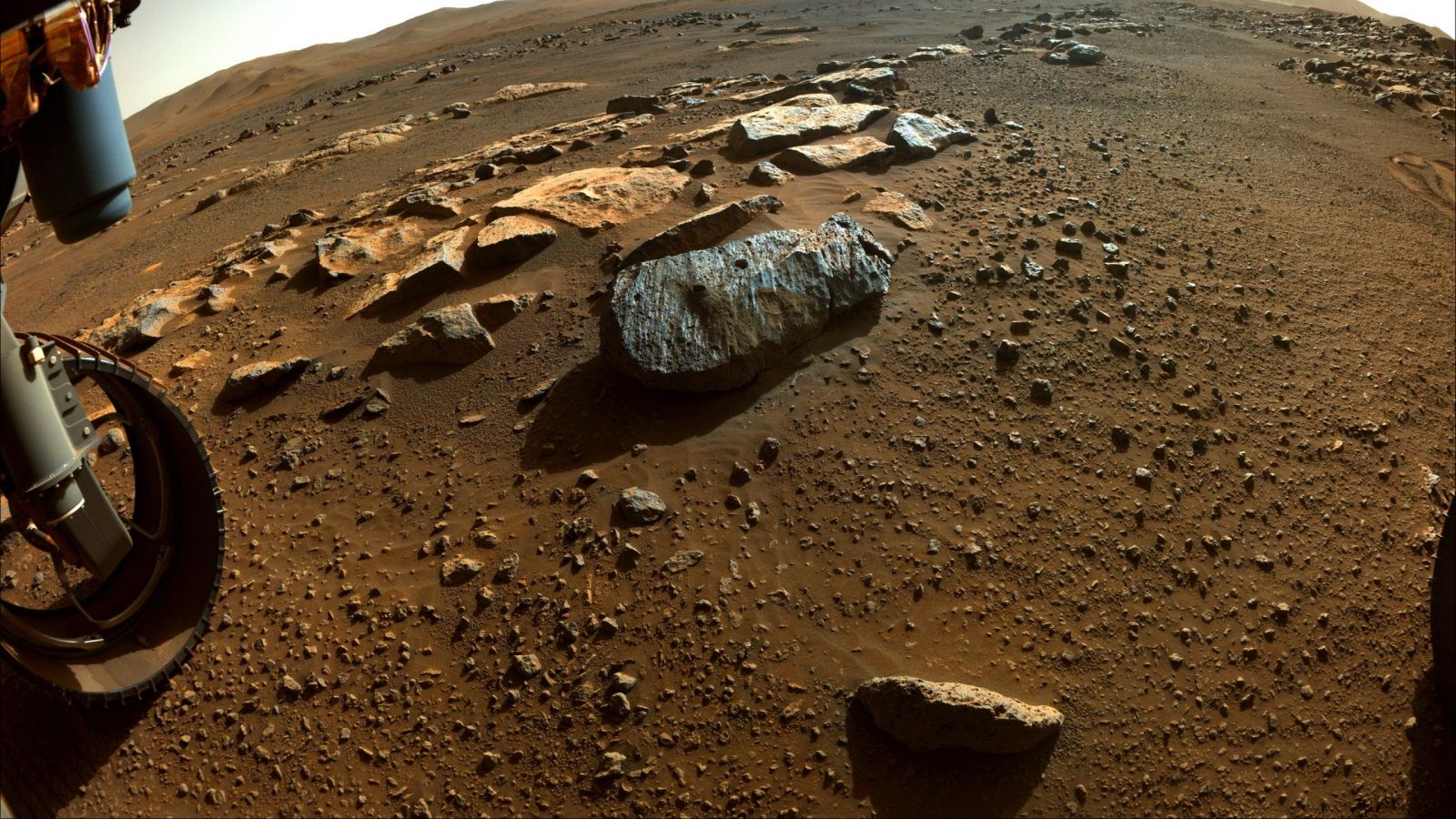 On Sept. 2, 2021, using the drill attached to the end of its seven-foot (2.1-meter) robotic arm, the rover successfully collected the first of up to 30 rock samples. It was Perseverance’s second attempt to collect a sample as the first attempt Aug. 5 failed because the rock crumbled before it could be placed in a collection tube.

Initial images of the stored sample captured by the Perseverance rover’s Mastcam-Z camera were blurry due to low levels of sunlight at the time the images were taken. For this reason, mission scientists made sure to capture additional photos of the sample over the next few days under better lighting conditions. Once the sample was successfully collected, the drill bit vibrated for just one second five separate times to throw off residual material.

“The project got its first cored rock under its belt, and that’s a phenomenal accomplishment,” project manager Jennifer Trosper of NASA’s Jet Propulsion Laboratory said in a public statement. “The team determined a location, and selected and cored a viable and scientifically valuable rock. We did what we came to do.”

Mission scientists named the first sample Montdenier. A second sample from the same rock, which was collected several days later, was named Montagnac.

Rochette, the parent rock from which both samples were drilled, is part of a half-mile-wide region within Jezero Crater comprised of a ridge and scattered boulders. Analysis of both samples revealed them to be basaltic, meaning a fine-grained volcanic rock that solidified from magma. This suggests they originated in ancient lava flows and are the product of long-ago volcanic activity.

Mosaic of rock outcrop on the floor of Jezero Crater produced by combining multiple images captured by the Perseverance rover. Credit: NASA/JPL-Caltech/ASU/MSSS

Crystalline minerals were found within the rocks, a discovery that will help scientists determine the approximate date of their formation and the overall evolution of the crater.

Significantly, the rock samples were also found to contain salts, which could have formed as a result of groundwater flowing through the rocks. The salt could have been left behind once the ancient lake evaporated. Salt minerals within rocks can hold tiny amounts of water; on Earth, these have revealed evidence of ancient microbial life.

Studying salts with tiny amounts of water trapped inside them also gives scientists important information about the climate at the time of their origin and whether the site could have been habitable for microbes.

Mission scientists have not yet determined whether the salt in the samples contain these tiny water bubbles.

While researchers know Jezero Crater harbored a lake several billion years ago, they remain uncertain as to whether that lake existed for only a brief time or endured for much longer.

Initial study of the two samples suggests the lake was around long enough for microbial life to have evolved there.

“It looks like our first rocks reveal a potentially habitable sustained environment,” said mission project scientist Ken Farley of Caltech. “It’s a big deal that the water was there a long time.”

“One day, we may be able to work out the sequence and timing of the environmental conditions that this rock’s minerals represent,” Schulte said. “This will help answer the big-picture science question of the history and stability of liquid water on Mars.”

For the next sample collection, mission scientists are looking at a region of ridges, dunes, and boulders 656 feet (200 meters) from the first site. Unlike the samples collected, which come from young rock layers, this new site, known as South Seitah, is composed of much older rocks that could shed new light on Jezero Crater’s history.