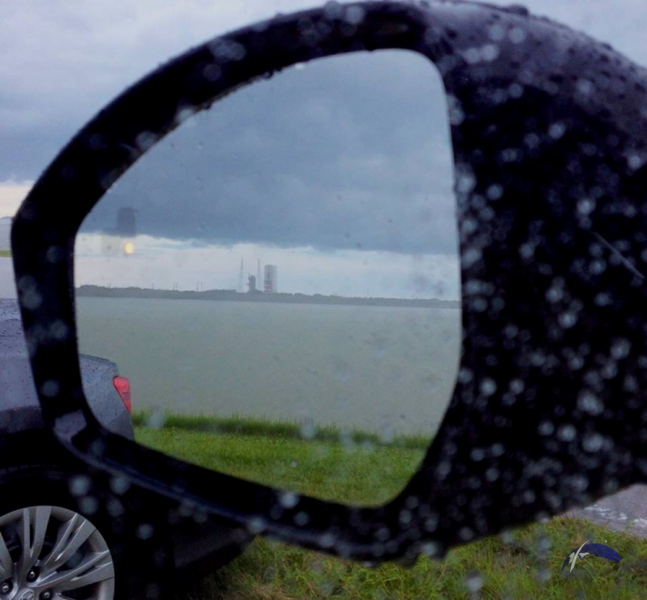 CAPE CANAVERAL, Fla – In a near repeat of the launch attempts of July 24 and 25, severe storms at Cape Canaveral Air Force Station’s Space Launch Complex 37 in Florida caused a scrub for the day to be declared at 7:06 p.m. EDT (2306 GMT). Much as on the two prior attempts, torrential rain, numerous lightning strikes as well as a tornado warning made liftoff of a United Launch Alliance (ULA ) Delta IV Medium+ 4,2 rocket impossible. The payload for this mission consists of three satellites under the AFSPC-4 banner.

ULA tried waiting out the weather, which seemed to be a good plan as the storm was fairly fast moving. However, several weather violations lingered and the launch was scrubbed for at least 48 hours.

The launch window for this evening’s attempt opened at 6:51 p.m. EDT (2251 GMT) and extended for some 65 minutes. However, the raging thunderstorms overhead would not allow mission managers to get the launch vehicle and its precious cargo off the launch pad. ULA’s Lyn Chassagne stated that the reason ULA will not be trying again on July 27 was for crew rest as the launch team has been working since Wednesday to conduct the launch.

Tonight’s scrub means that the planned July 31 launch of an Atlas V 401 rocket with the GPS IIF-7 satellite has been pushed back 24 hours to August 1.