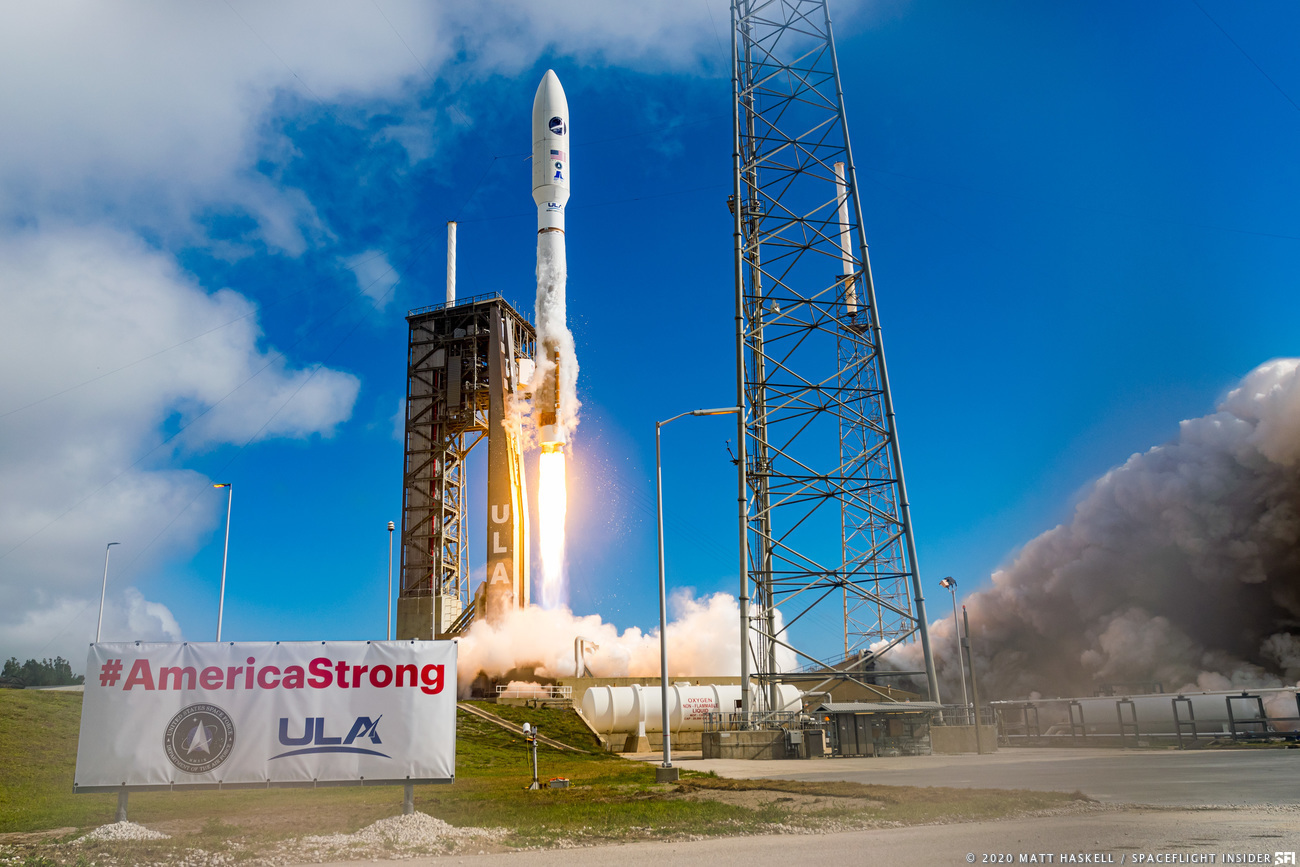 At 9:14 AM EDT, United Launch Alliance successfully launched an Atlas V rocket, lofting the X-37B spaceplane into orbit for the U.S Space Force. The rocket flew in the 501 configuration, meaning that it has a 5 meter fairing, no solid rocket boosters and a single engine Centaur upper stage. The USSF 7 mission marks the 6th flight for the spaceplane, also called the Orbital Test Vehicle (OTV-6). Note, the Atlas V 501 configuration has been used exclusively for national security missions. 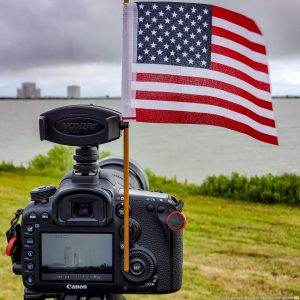 The USSF-7 launch is the 139th mission for United Launch Alliance and the 84th mission to fly on an Atlas V rocket, since December 1, 2006.  ULA is dedicating this launch to first responders, healthcare workers, military service and other essential workers, as well as honoring those who have experienced losses due to the pandemic. Using the hashtag #AmericaStrong, ULA is a showcase for American resolve and unity during this national emergency.

The unmanned test vehicle launched today is managed by the United States Air Force (USAF) Rapid Capabilities Office. As part of a published USAF report on the mission, the Secretary of the Air Force Barbara Barrett was quoted as saying that the “X-37B mission will host more experiments than any prior missions. This launch also demonstrates the department’s collaboration that pushes the boundaries for reusable space systems”.

Five preceding missions of the X-37B total 2,865 days in orbit. The plane began carrying out missions in 2010 and offers a platform for many experiments, mostly classified nature. On its last mission, it spent 780 days in orbit, 240 longer than anticipated. The primary purpose of the spaceplane is reusability and to test the related spacecraft technology, including avionics, flight systems, guidance and navigation, thermal protection, insulation, propulsion, re-entry systems and performing experiments that can later be returned to Earth. 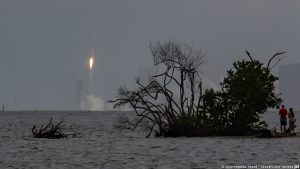 The mission is being overseen by the US Space Force at the 45th Space Wing in Cape Canaveral, Florida. While there are only a few hints of what the spaceplane might have on board in the way of experiments for this mission, the military did reveal three missions for X-37B. First, deployment of a small satellite – the Falconsat-8, which was developed by students at the U.S. Air Force Academy and which will serve as a platform for 5 experimental payloads. Additionally, there are also two NASA experiments onboard, which will study the effects of radiation on seeds and the essential materials needed to grow food in space. Finally, there is also a test on behalf of U.S. Navy researchers, to examine transforming solar power into radio frequency microwave energy, which could then be transmitted to the ground. The military’s willingness to share information about this specific mission suggests that it’s unclassified; we will be following up for more information in the future.

Notable about this particular liftoff was that United Launch Alliance had initially shifted it left on the schedule from May 20, but severely inclement weather on May 16 required a push to today. The launch calendar on the Space Coast over the next 90 days is quite busy, with SpaceX continuing to launch another Starlink mission and the joint SpaceX/NASA Demo-2, and ULA preparing for the launch of NASA’s Perseverance rover, currently slated for July 17. It has a very short (20-day) interplanetary launch window, based on its flight plan for Mars. If missed for any reason, the next launch opportunity for the Mars rover would be some 26 months later.  ‘Percy’, as Mars rover fans have come to refer to her, will study Martian geology, collect sample rocks for return to earth and test the ability to generate oxygen from atmospheric carbon dioxide, among other tasks. 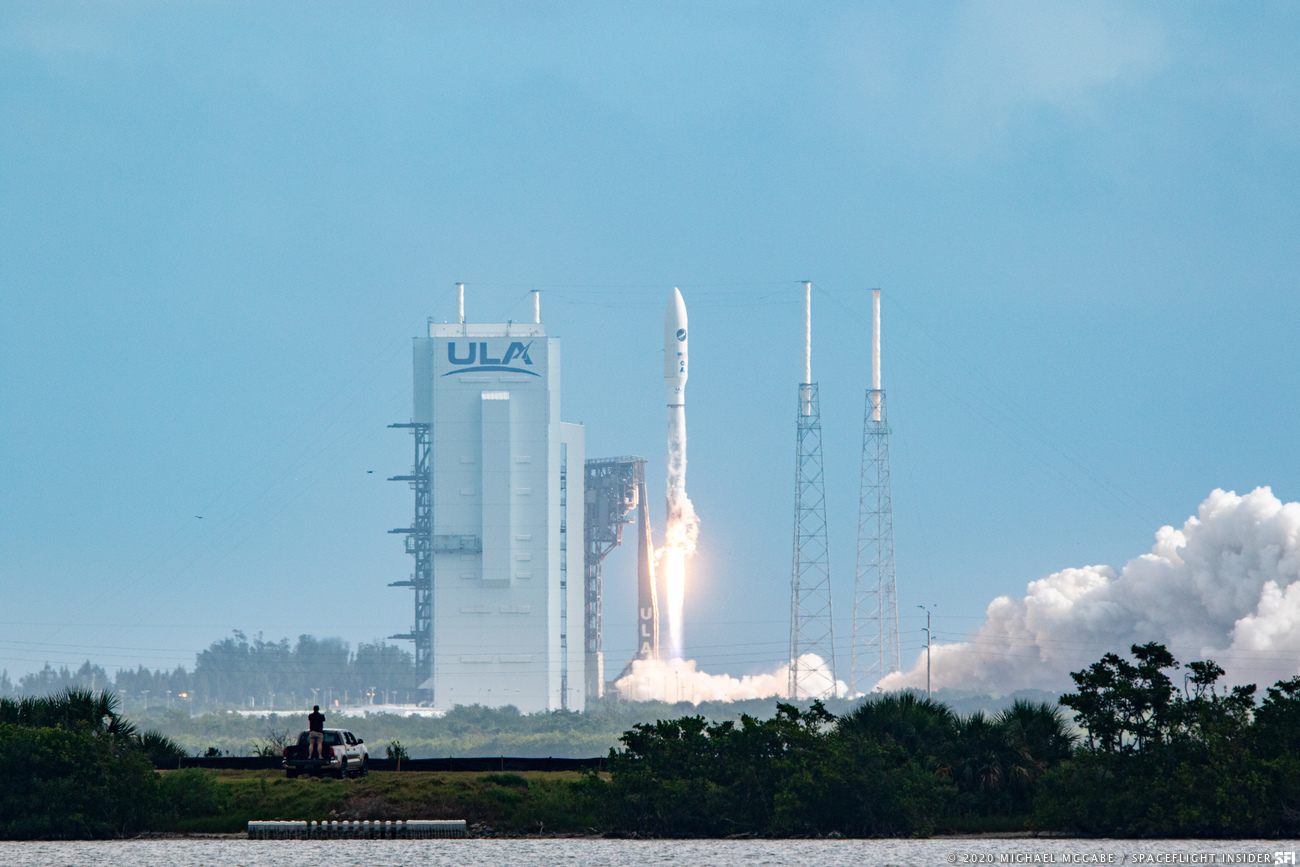