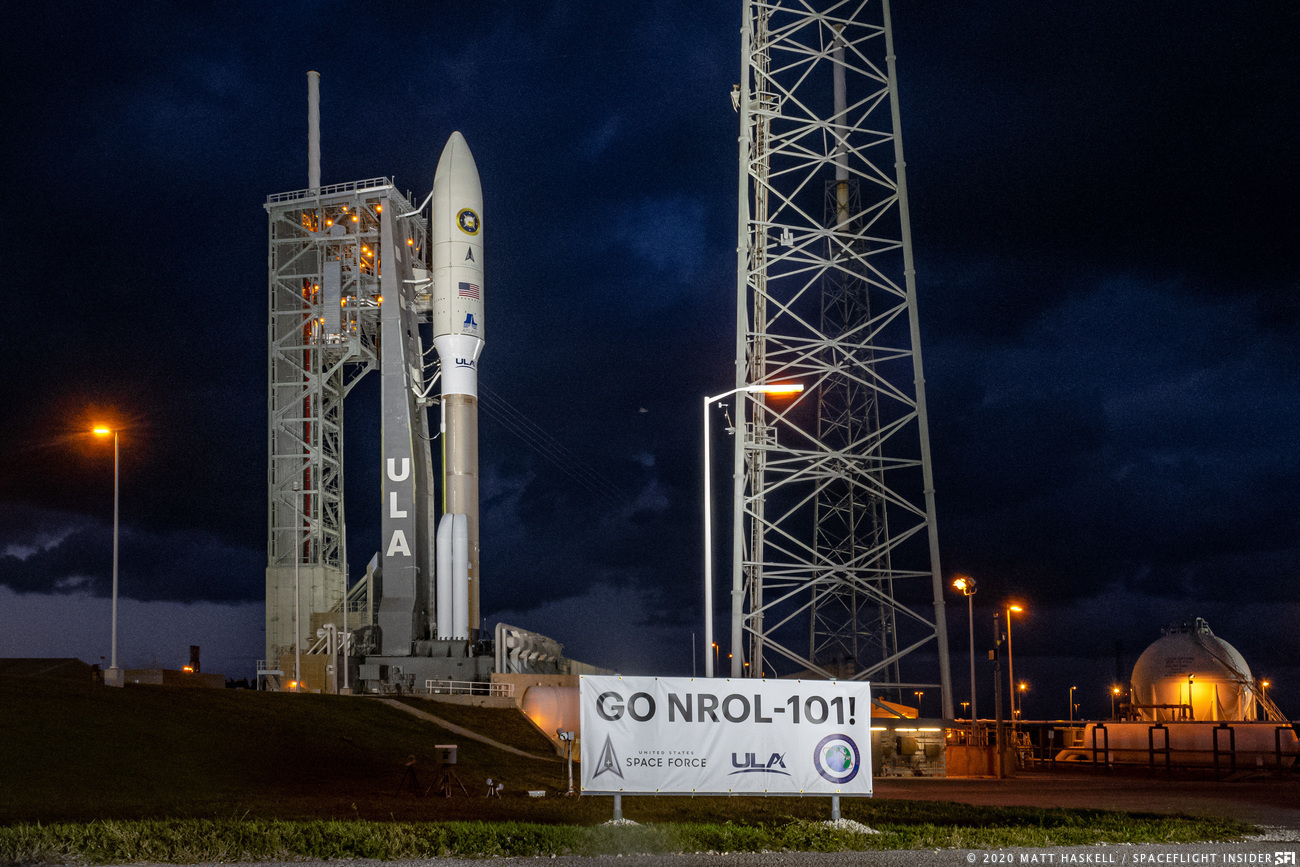 United Launch Alliance is set to re-attempt the launch of their Atlas V rocket and its NROL-101 payload for the National Reconnaissance Office on Friday evening.

Originally slated for launch on November 3, the initial launch attempt was ultimately scrubbed due to an issue with a liquid oxygen tank farm valve, causing a long term hold in the countdown. The issue was eventually resolved, however additional delays were incurred as a result of uncertainty surrounding the path of Tropical Storm Eta.

The launch of the Atlas V rocket in its 531 configuration is currently targeting a 5:13 p.m. (EST) launch time on Friday, November 13, from Cape Canaveral’s Space Launch Complex 41. Weather during the launch window, occurring just prior to sunset, is predicted to be 90% chance favorable for launch, with the primary concern being the cumulus cloud rule. In the event of a 24 hour delay, weather conditions decrease slightly, to a 70% chance of launch. For more on the launch, see our earlier pre-launch article.