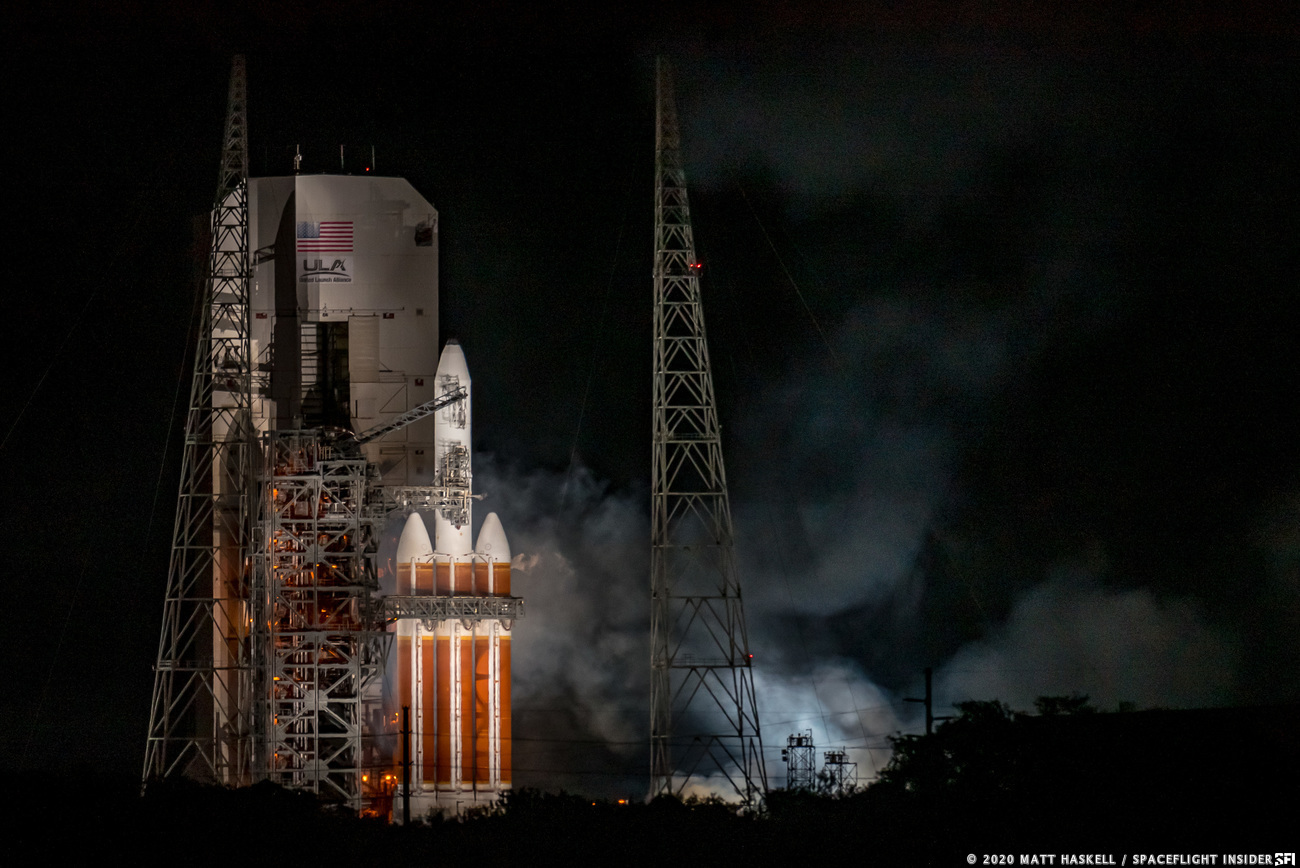 United Launch Alliance has set September 27, 2020 as the target date for the third launch attempt of the NROL-44 payload aboard their Delta IV Heavy Rocket, due to launch at 12:10 a.m. EDT. The launch window will last for approximately 90 minutes.

In a rare and unusual set of circumstances, the previous launch attempt on August 29 was prematurely halted approximately three seconds before liftoff when the starboard booster of the Delta rocket ignited and was promptly shut down. ULA initially stated that the delay would last at least a week as the minimum time to recycle the launch pad, including its Radially Outward Firing Igniters (ROFIs), is seven days. The launch team was able to conduct an investigation as to the cause of the shutdown and ultimately found that the abort was triggered by a stuck regulator on the launchpad, a result from a torn diaphragm, which can occur over time. There are three regulators for each booster, and ULA decided to replace and test all nine regulators out of an abundance of caution.

If all goes according to plan, this flight will mark the first Delta IV Heavy launch for ULA of 2020, and one of the rockets final flights, with just four launches remaining following this mission. The most recent weather forecast, issued by the 45th Space Wing, indicates 80% likelihood of favorable conditions for launch. 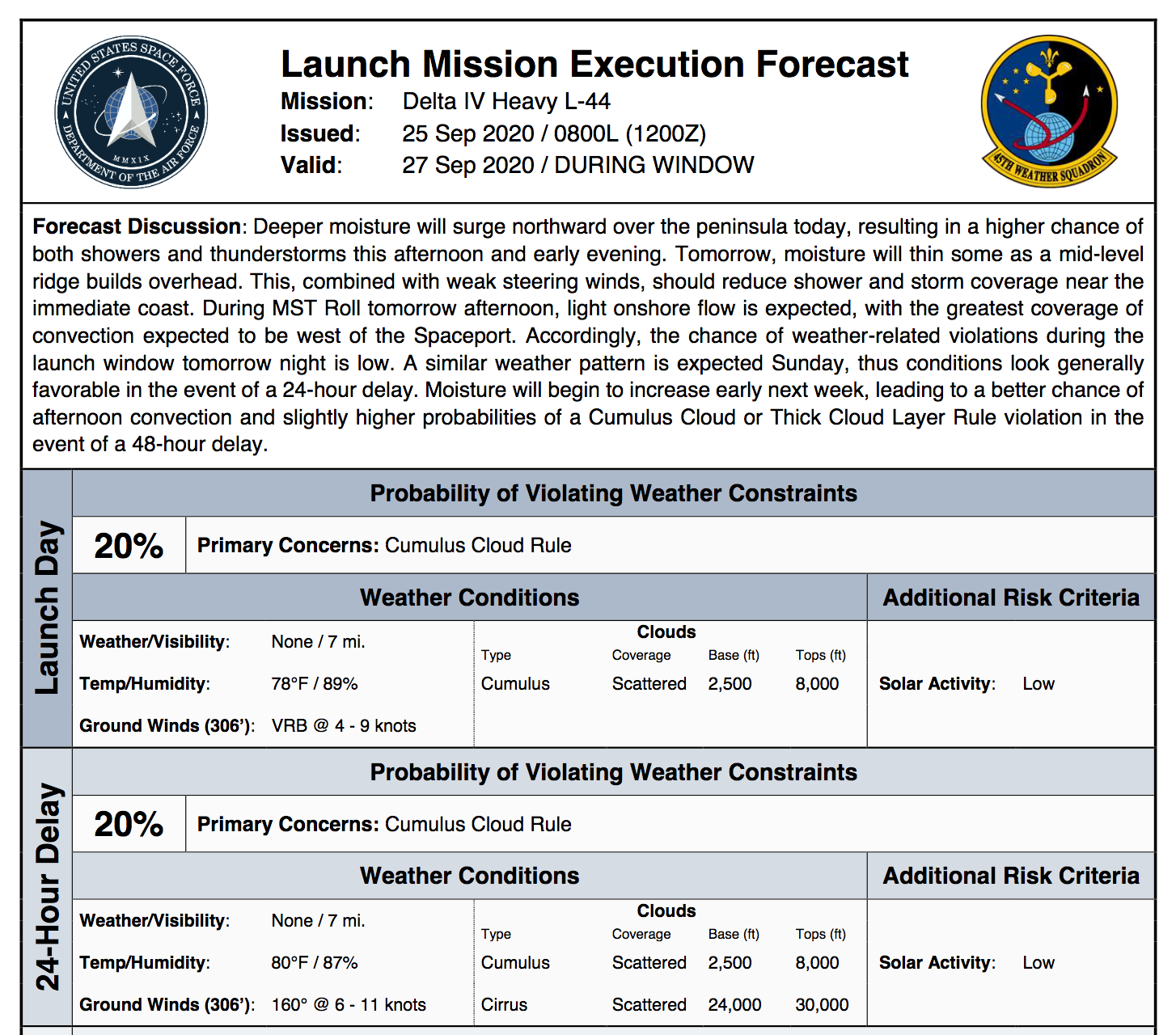 The most recent weather forecast for the upcoming NROL-44 mission, as issued from the 45th Space Wing.