Trump signs directive to create the US Space Force 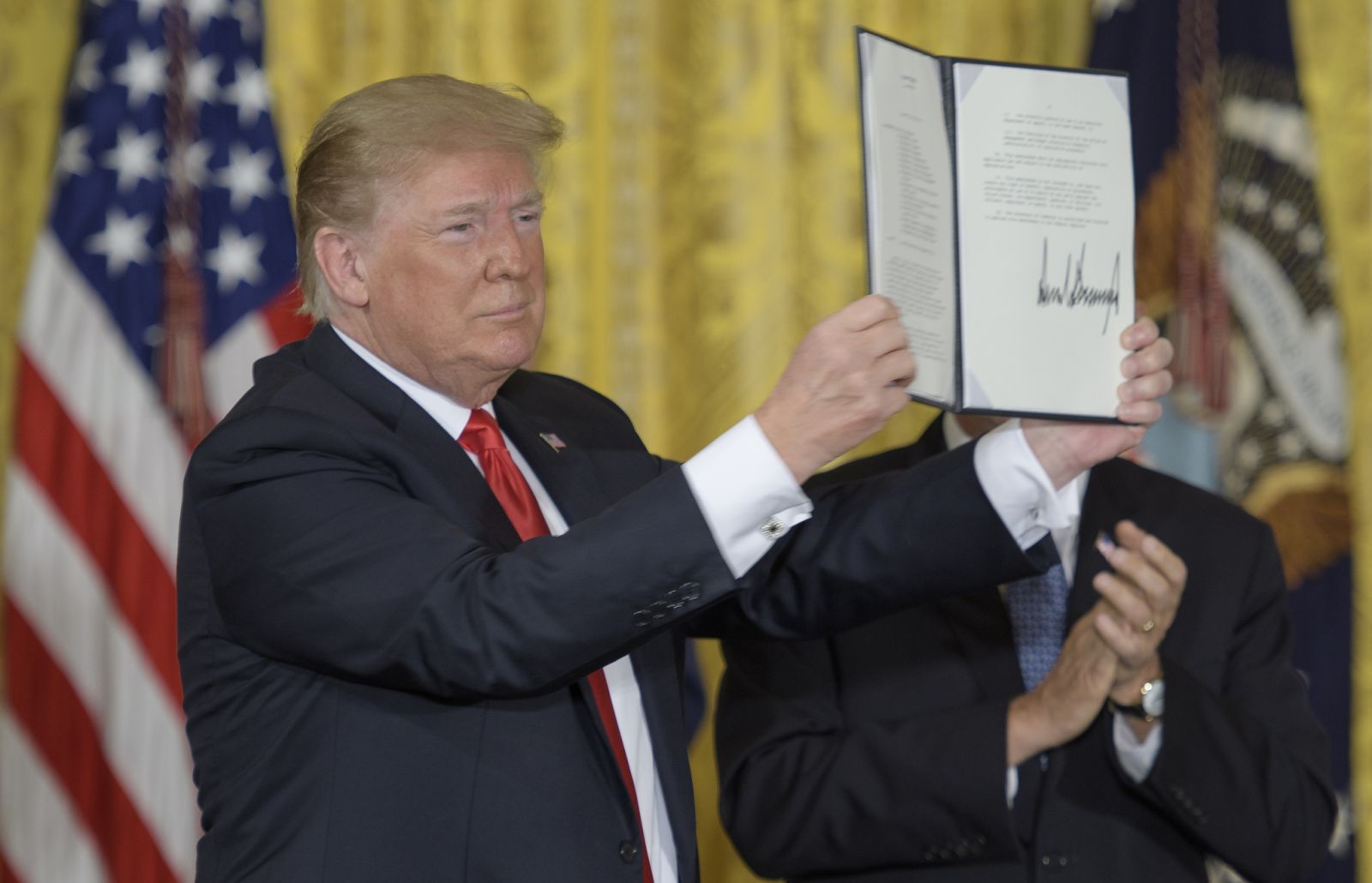 A Space Force as a new branch of the U.S. military is one step closer to becoming a reality with the signing of a new space policy directive calling for a formal proposal to be submitted to congress for approval.

Since March 2018, President Donald Trump has been talking about establishing the Space Force. That talk became action on Feb. 19, 2019, when he signed Space Policy Directive 4 (SPD-4), which begins the process of creating the new branch. 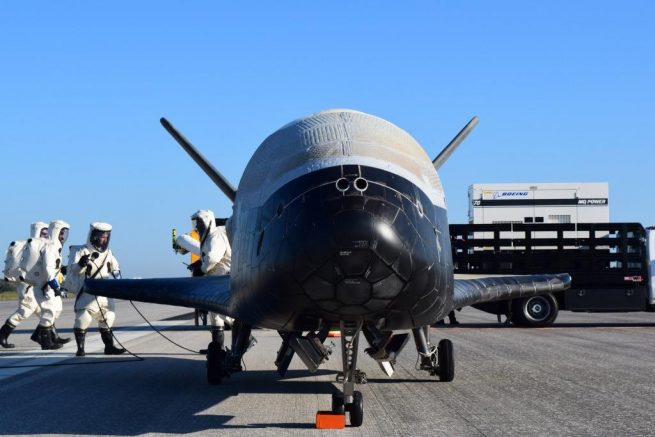 “America must be fully equipped to defend our vital interests,” Trump said during a Feb. 19, 2019, signing ceremony in the Oval Office of the White House. “Our adversaries are training forces and developing technology to undermine our security in space. That’s why my administration has recognized space as a warfighting domain and made the creation of the Space Force a national security priority.”

SPD-4 calls on the secretary of defense to develop a legislative proposal to establish the Space Force as the separate branch of the U.S. armed forces. It is expected to initially be placed within the Department of the Air Force, which also oversees the U.S. Air Force.

According to the directive, the Space Force is proposed to strengthen the United States’ ability to “compete, deter and win in an increasingly contested domain.” It is to organize, train and equip “space warfighters” with next-generation capabilities and maximize warfighting capability and advocacy for space while “minimizing bureaucracy.”

However, the consolidation is not to include NASA, the National Oceanic and Atmospheric Administration, the National Reconnaissance Office or other non-military space organizations of the U.S. government. 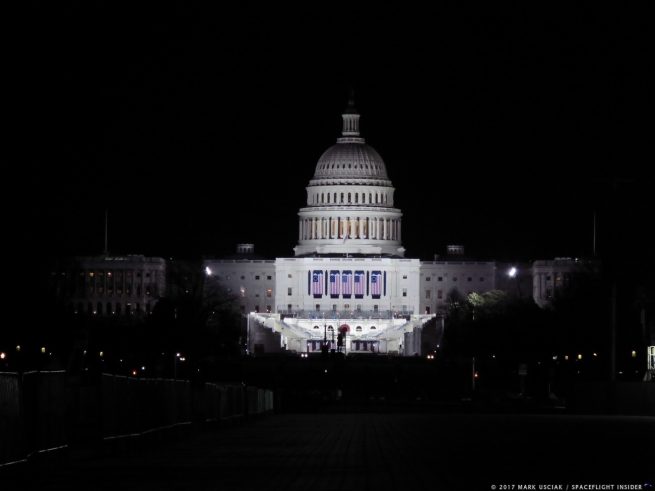 The Space Force proposal, once completed, would still need to be approved by the U.S. Congress. Photo Credit: Mark Usciak / SpaceFlight Insider

The directive also calls for a joint interagency review by the National Space Council and the National Security Council to recommend any changes to space operational authorities.

“Although United States space systems have historically maintained a technological advantage over those of our potential adversaries, those potential adversaries are now advancing their space capabilities and actively developing ways to deny our use of space in a crisis or conflict,” the directive reads.

Once a proposal is created, it still needs to be submitted to congress for approval. If created, the Space Force would be the first new branch of the military since the Air Force was established in 1947. Before that, it was called the U.S. Army Air Forces and was part of the U.S. Army.

While the specifics of what a Space Force would cost and what it would do are unclear, the directive does states that it is to protect U.S. interests in space as well as “the peaceful use of space for all responsible actors, consistent with applicable law, including international law.”

Moreover, it is expected to protect space assets, be they other military spacecraft or commercial spacecraft part of the U.S. economy, which for all intents and purposes extends out some 22,000 miles (36,000 kilometers) to geostationary orbit where many communications satellites reside. 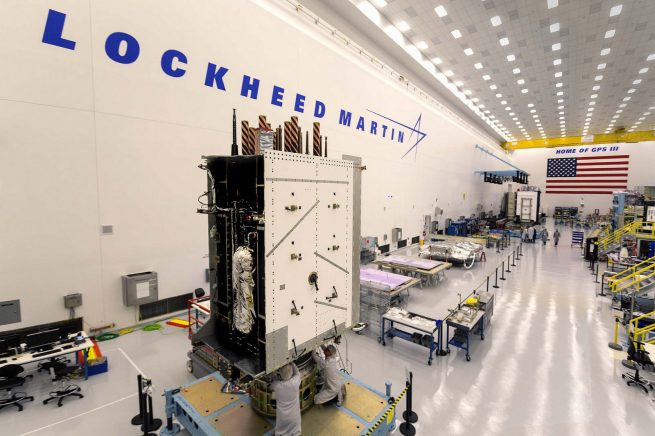 A file photo of a GPS III satellite being integrated in a cleanroom. The U.S. Global Positioning System satellite constellation is operated by the Air Force Space Command. Photo Credit: Lockheed Martin

The directive also states that the secretary of defense is to conduct periodic reviews to determine when to recommend to the president that the Space Force should be part of a new department in the Department of Defense.

The U.S. Coast Guard is overseen by the Department of Homeland Security.

This was the fourth space policy directive announced by the Trump administration. The first was in December 2017 and called for NASA to “lead an innovative and sustainable” return to the Moon with commercial and international partners.

“From the first days of this administration, President Trump has made national security a priority,” Vice President Mike Pence said during the signing ceremony. “From very early on, the president also said that America needed to be as dominant in space as we are on the Earth. And now with this forth space policy directive, america is leading in space once again.”

“Although United States space systems have historically maintained a technological advantage over those of our potential adversaries, those potential adversaries are now advancing their space capabilities and actively developing ways to deny our use of space in a crisis or conflict,” the directive reads.”
– Derek Richardson

Our dunderhead and corrupt partisan political leaders have repeatedly failed America, and we have not developed the highly propellant efficient and high delta-v capable interceptor spacecraft, efficient 5G communication systems, and safe and cost-effective nuclear power plants that we need.

For forty-five years we have repeatedly scuttled the cost-effective and efficient human and robotic exploration and development of the Moon’s resources that are needed for Cislunar Space Dominance.

Space based solar power satellites to beam power to our CO2 polluted planet are increasingly seen as something China will do and we Americans are not capable of doing just like 5G communication systems and nuclear power and highly cost-effective and highly propellant efficient and high delta-v capable interceptor spacecraft.

Why? America currently lacks elites with the political integrity, true grit, and intellectual and technical capability to be consistent in doing technologically difficult things like finding, mining, and transporting the Lunar resources needed for cost-efficiently building large solar power satellites.

We are instead getting technology ignorant and super partisan and corrupt junk leadership.

Currently, we Americans cannot do the Lunar missions we once could do. We currently cannot even launch American astronauts on American launchers and in American spacecraft to the International Space Station in low Earth orbit. Instead our incredibly corrupt, technologically incompetent, and foolish Alice in Wonderland leaders have off-shored that responsibility and Space Dominance capability to Russia the not so friendly country that is making serious nuclear weapon threats while also building lots of needed nuclear power plants across the globe.

Orders for Russia’s Rosatom atomic energy company are about 300 billion dollars and Rosatom is helping Russia to build an ultra high delta-v capable and super highly propellant efficient nuclear powered electric propulsion system that will enable a Russian spacecraft to fly rings around and the pants off of any grossly propellant inefficient fossil fueled American Space Force spacecraft that is trying to do a Space Dominance missions.

Instead of developing a serious plan to mine and use Lunar resources for American Cislunar Space commercial and military space dominance via high delta-v capable and highly propellant efficient 900+ Isp nuclear thermal rocket engine powered spacecraft and nuclear and solar power powered and ultra high delta-v capable and highly propellant efficient 2,600 Isp to 14,000+ Isp electric propulsion spacecraft, our incompetent leaders have instead for years repeatedly cheered and both directly and indirectly funded a hair-brained scheme to make money for a government created opportunist billionaire who wants to use a risky, grossly propellant inefficient, 380 Isp, fossil fueled, and CO2 spewing, enormous and technologically obsolete cult spacecraft to endlessly pollute our atmosphere by hauling wealthy people and cargo to a cold, dreary, fifth-rate, radiation rich, and hell-hole of a far distant planet that that has nothing that will do anything to help America’s Space Force, national security, or economy.

Russia has used electric propulsion systems in space for many decades and has placed 30 times more nuclear reactors in space than America. Russia’s Rosaton appears to be far ahead of NASA in helping Russia develop an ultra high delta-v capable and super propellant efficient 7,000 Isp nuclear powered electric propulsion system for their commercial and Space Dominance spacecraft.

And now we need a cost-effective Space Force with large and high delta-v capable spacecraft to efficiently protect our commercial and military space assets from Russia, China, Iran, and other nations. But we have routinely, foolishly, and repeatedly failed for decades to build the the large and highly propellant efficient nuclear thermal rocket engine spacecraft and nuclear and solar electric propulsion powered spacecraft that we need and could have and should have built long ago.

And, “The INF pact bans Russia and the United States from stationing short- and intermediate-range land-based missiles in Europe. Washington announced on Feb. 1 it will withdraw from the treaty in six months unless Moscow ends its alleged violations.”

And, “Putin said his naval response to such a move would mean Russia could strike the United States faster than U.S. missiles deployed in Europe could hit Moscow because the flight time would be shorter.”

From: “Putin to U.S.: I’m ready for another Cuban Missile-style crisis if you want one”
By By Andrew Osborn at Reuters 2/21/2019
At: https://www.yahoo.com/news/putin-u-im-ready-another-cuban-missile-crisis-104250060.html

We have incredibly foolishly off-shored our human-crewed spacecraft access to the Low Earth Orbiting International Space Station to Russia and soon we will incredibly foolishly pit our grossly propellant inefficient fossil fueled Starship to fly commercial and space dominance missions against highly propellant efficient Russian and Chinese nuclear powered spacecraft that will be faster and much more capable than the Mars cult’s technologically obsolete and highly inefficient Starship. What a technology ignorant and crazy lost in space way for our Space Force and companies to lose our super dangerous Cold War II.