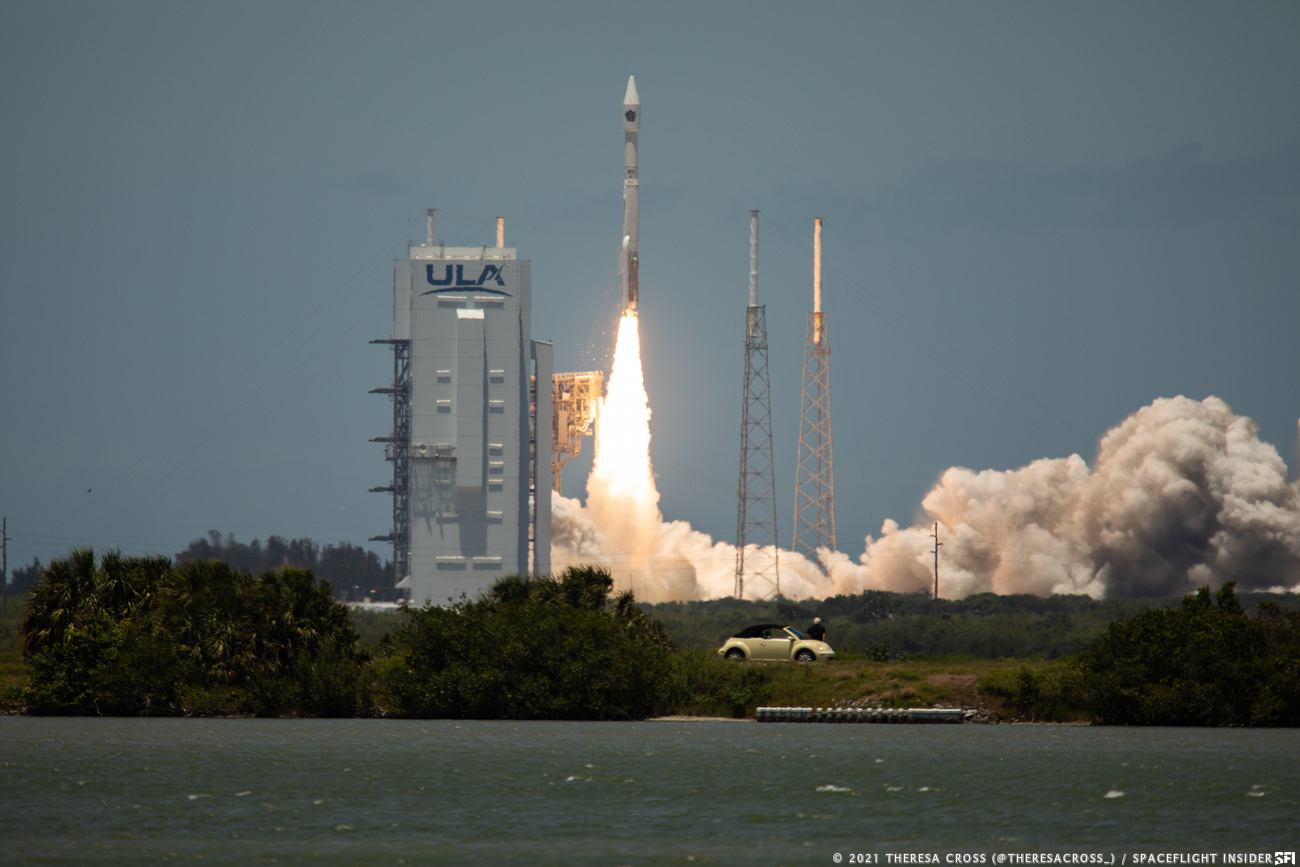 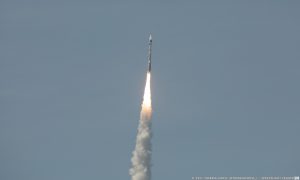 The SBIRS GEO 5 mission launches toward space on May 18, 2021. Credit: Theresa Cross/Spaceflight Insider

Overall, this Atlas 5 rocket was 194 feet (59.1 meters) tall with an “extra extended payload fairing. The first stage was powered by an RD-180 engine while the upper stage engine an RL10.

This was the second launch attempt for this mission as the first on May 17 was ultimately scrubbed because of a faulty temperature sensor on ground-side equipment, according to ULA CEO Tory Bruno.

“Bad sensor prevented us from confirming the [liquid oxygen] chill,” Bruno tweeted. “Was actually fine. Ran out of time before we sufficiently understood it.”

For today’s launch, the weather was almost as good as the previous attempt with Space Launch Delta 45 predicting an 80% chance of acceptable conditions at liftoff. The primary concerns were cumulus clouds.

The first stage burned for just over 4 minutes before separating. The Centaur upper stage then burned for an additional 11 minutes before entering an initial orbit. During that burn, some 4.5 minutes into flight, the payload fairing separated to expose the SBIRS spacecraft.

During this initial coast phase, two secondary payloads were deployed via the aft end of the Centaur upper stage. 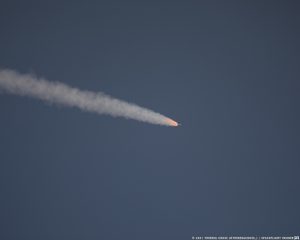 About 31 minutes after liftoff, a second Centaur upper stage burn, lasting some 3.5 minutes, occurred to put SBIRS GEO 5 into its planned deployment orbit. The spacecraft separated from the upper stage 8 minutes later.

To date, ULA has launched all SBIRS GEO satellites and is expected to continue a sixth satellite next year, completing the constellation built by Lockheed Martin.

Today, ULA continues its 100% mission success rate with this, its 144th launch. This is also the 87th launch of the Atlas 5 rocket, the 72nd to launch from Space Launch Complex 41 on Florida’s Space Coast.